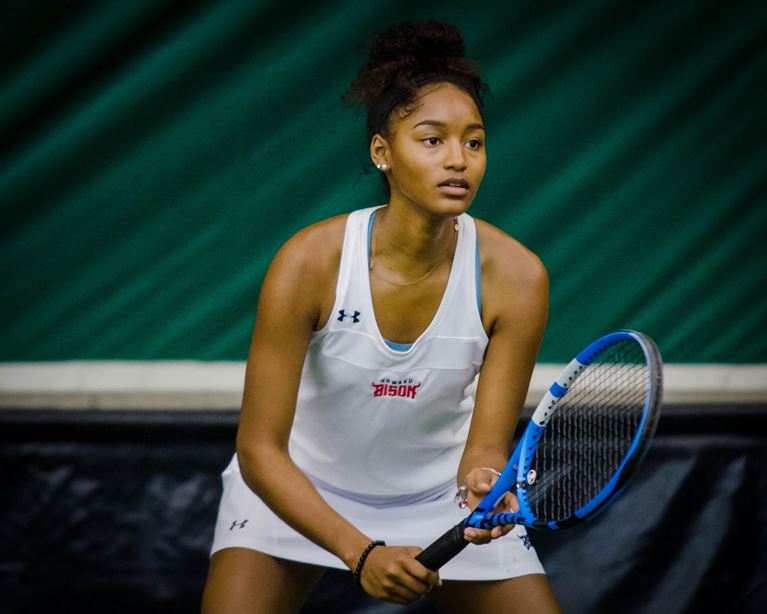 Howard University’s women’s tennis team competed in the Bill and Sandra Moore 2019 Tennis invitational, hosted by the U.S. Naval Academy in Annapolis, MD from Sept. 13 to 15.

Nine members of the tennis team competed in double and singles. Howard fell short in taking the crown, but several Howard athletes made their mark at the tournament.

Battling in the singles quarterfinals, freshman Emnet Simunyola, fought her way back into the match after losing in the second set 1-6, ultimately winning 7-5,1-6,10-8.

She stunned the competition by pulling out the match-winning 10-8 in the tiebreaker set. Although Simunyola later lost in the semifinals, her intensity and gut were admired by spectators as she took out the competition in her first collegiate invitational.

Junior Aria Ragas and freshman Courtni Stewart fought hard in Bracket C: Loyalty Doubles Flight, where they were able to reach the semifinals.

The Bison’s determination set the tone for what to expect this season from our women’s tennis team.