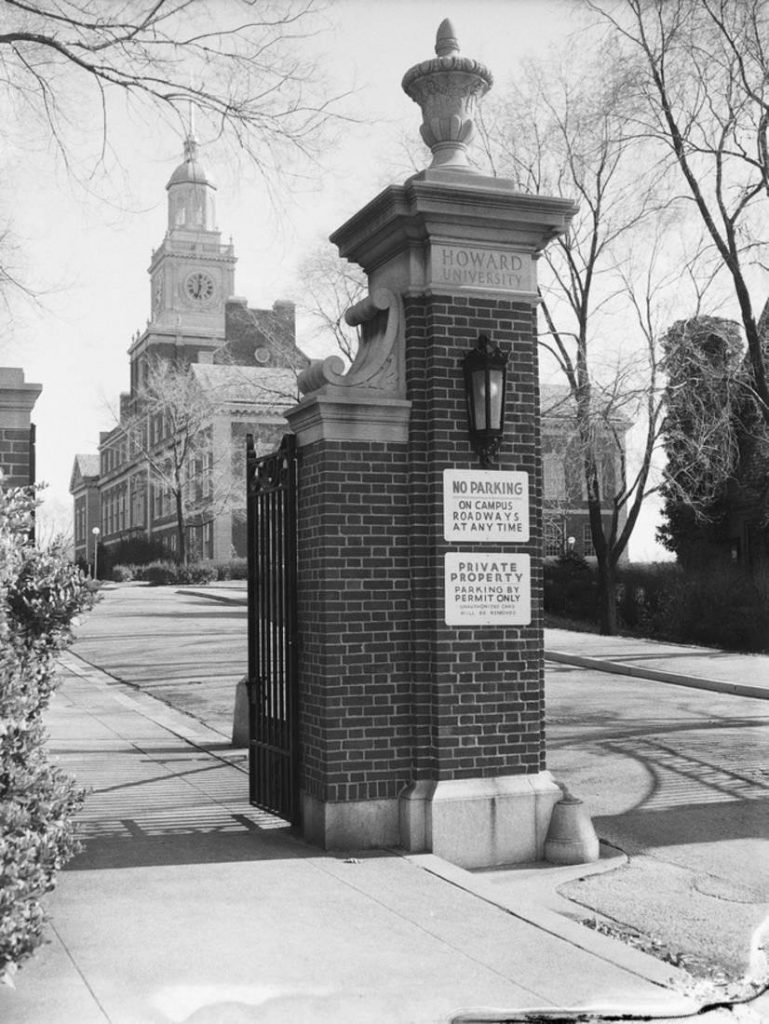 For 152 years, Howard University has represented a safe-haven for black academia, black expression and black lives. The Yard, or Upper Quadrangle, located in the middle of Howard University’s historic campus, is the home of delicately painted trees that black represent sororities and fraternities, some of which have been around for more than a hundred years. Most recently, The Yard has transformed into a popular site for nearby neighborhood residents to visit.

On April 9, a user of PoPville, a popular website that works to “chronicle the happenings in Washington D.C neighborhoods,” asked: “Is there a policy against dogs on campus at Howard?”

The user goes on to detail an experience he had on Howard University’s campus while he was walking his dog. He complains that a group of students “started screaming at us that dogs weren’t welcome on campus” and that a particular student voiced “this a closed campus, I’m going to call the cops on you.”

While this story is told through the framework of a dog walking issue, it is more so about black spaces being influenced by gentrified neighborhoods. Picnics, sunbathing and other outdoor activities on the yard by outsiders can signal a misunderstanding about the intent of historically black campuses. The conversation evolved into a discussion on sacred spaces, race, respect and culture.

Dr. Greg Carr, Chair of the Department of Afro-American Studies at Howard University and Adjunct Faculty at the Howard School of Law, tweeted “Dogs got nothing to do with it. They go where they’re taken and where they’re allowed. This is all about people. And in this country no group respects Black people until they’re made to. Walk your dog on #HowardU campus and find out how much we respect ourselves.”

According to the DCist, this conversation around what Howard students perceive as a misuse of the Yard, is not a conversation that started in 2019. Students created a twitter hashtag #wearenotapark in 2015. The purpose of this hashtag was to highlight that Howard University’s campus is a “safe space” and not a “play place.”

“I believe that this incident is very significant because it shows the lack of respect that our neighbors have for our sacred spaces. The Yard is one of the most sacred spaces that we have on Howard’s campus. It is disrespectful to bring your dogs to defecate there,” said Donovan Carter, sophomore political science and Spanish double major.

Fox 5 reporter, Tisha Lewis, recently reported on the “dog-walking” story, and included an interview in which a white Bloomingdale resident voiced his opinion on how to resolve the problem. Sean Grubbs-Robishaw suggested that if students had a problem interacting with the D.C community then they should “move the campus.”

In response to Robishaw’s idea of moving the campus that houses four federally protected National Landmarks, another hashtag was created #HowardWontMove. One user by the name of @lastkinghenry tweeted “How do you come in a space that was built for BLACK PEOPLE and tell us to leave? #HowardWontMove” as a rebuttal to Robishaw’s request.

“We recognize that service animals are a necessary aspect of modern-day life and we will accommodate them as needed. We appreciate pet owners respecting our campus by not bringing pets onto the private areas,” said President Frederick.