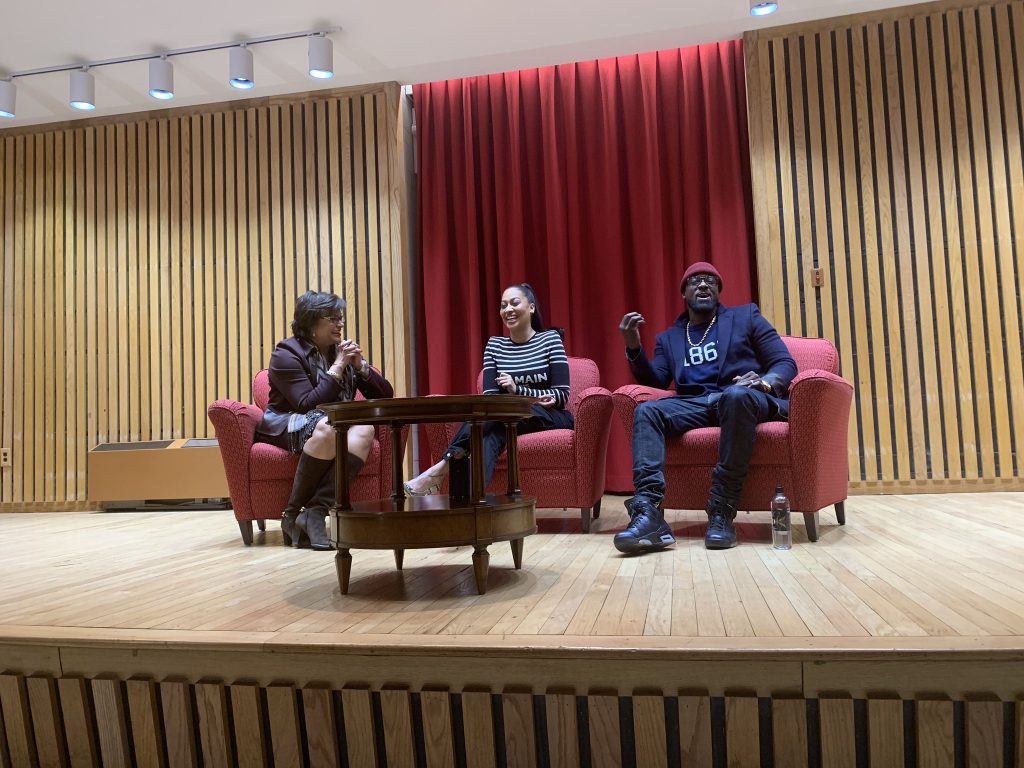 Bison Lance Gross and La La Anthony returned to campus Tuesday, Feb. 26 for a master class with students from an array of majors across fine arts and communications. The conversation was moderated by Howard University Senior Vice President of Corporate Relations Debbi Jarvis and offered students insight into the entertainment industry.

Anthony, a former communications student, and Gross, a former fine arts student, were quickly back at home, creating a candid conversation on the bitter hardships and sweet victories of competitive industries. Both emphasized the importance of self-motivation.

“I like the struggle. I like people telling me I can’t do it. It fuels me,” said Gross on overcoming external obstacles.

“[Getting in my own way] is a part of the process too,” said Anthony on overcoming internal struggles.

The two also stressed learning the business side of their industries to young creatives.

“Immerse yourself and learn as much as you can about the business of it… and pay your taxes,” said Gross.

He also assured students that their Howard experience was preparing them for the next step in their careers by sharing how his Howard experience prepared him. Gross admits he was and still sometimes is shy, but Professor Kim James Bey’s acting class helped him to overcome that. He says he owes a lot to Professor Bey and the University as a whole and told students to never underestimate the Howard community.

La La also advised that young women in acting along with other fields not compromise their self-respect for success, reminding them that their bodies belong to them.

“You don’t have to sacrifice your values or morals. Your talent will get you there,” said Anthony.

As a former radio host and television personality as well as current actress and entrepreneur Anthony encouraged students to pursue all of their interests. She shared that when she decided to transition to acting she faced a lot of hard criticism because she was already known as “La La from MTV.”

“Never let anyone put you in a box, there’s so much you can do,” said Anthony.

The pair not only offered advice, but were also willing to help students professionally. One acting student got the opportunity to discuss mentorship with La La after the event while a fashion design student asked if Anthony and Gross would wear some of his designs, to which he received an enthusiastic yes.

When asked why they decided to come connect with students Gross replied, “It was done for me.”