His first album, FREE 6LACK, was one that I could not stop playing. It helped me get through late nights up alone and brought me back to my roots: art.

Two years later, I did not have any expectations for this album, East Alanta Love Letter. I could follow the hype because I had a feeling it would be amazing as his last project. After many listens, I was right to trust that feeling. There were no risks to take and he trusted his own process. It had the vibes I needed for the late nights, just like his first project.

But note: You should not play this album while you are studying. You will fall asleep. 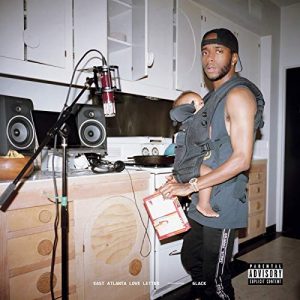 Throughout this album, I learned that the biggest fail in relationships is communication. It struck memories for me because in my previous relationship, there were times I had to silence and censor myself for my significant other. There were some things he had done and I felt that it was not my place to tell him how it was hurting me. I was willing to love someone who barely reciprocated my feelings. I took that hurt and bottled it up for him. In the end, the only person that I hurt was me. I didn’t give up on love because that failure gave me a lesson. It was to not stay silent and to communicate.

In the end, the East Atlanta Love Letter is worth a read.