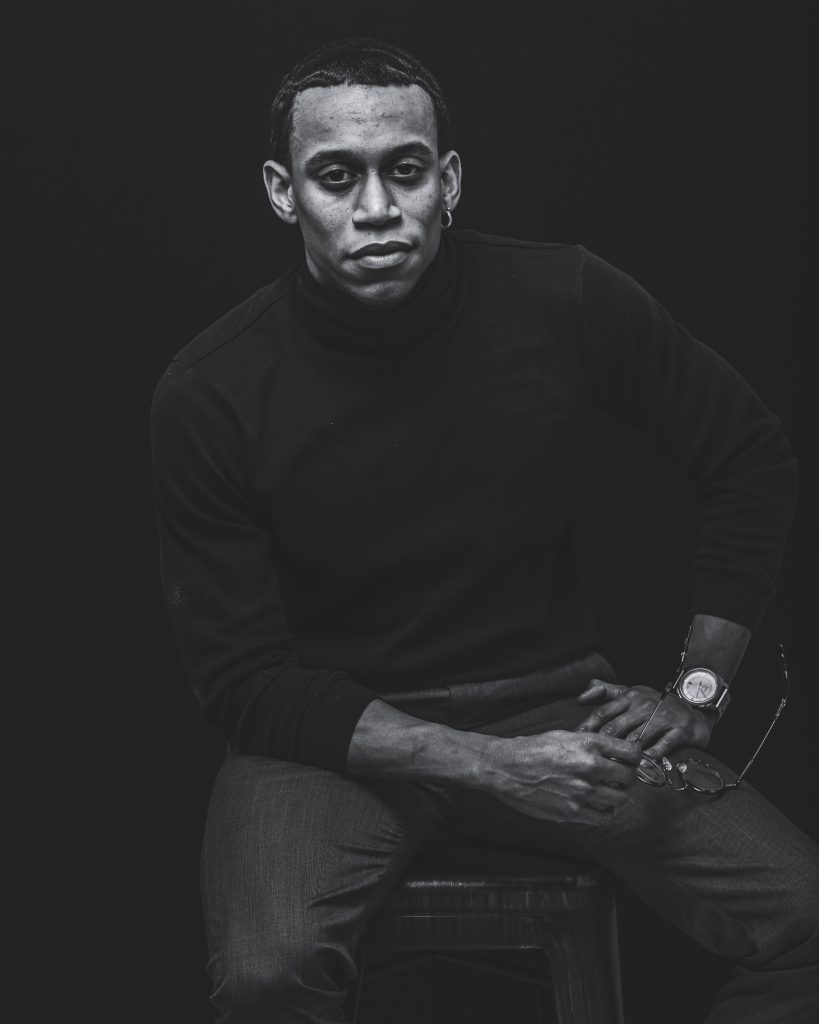 Your first introduction to Khalil Saadiq may have been in 2014. He is the former Howard University student responsible for the viral #DontShoot photo taken at Cramton Auditorium in response to the shooting of unarmed teenager Michael Brown in Ferguson, Missouri.

Hailing from Birmingham, Alabama, Khalil began his matriculation through Howard University in 2013 as an economics major. During his time at Howard, he became a member of Omega Psi Phi Fraternity, Society of Collegiate Black Men, Freshman Leadership Academy, was the Director of Student Advocacy for Howard University Student Administration, leveraged the power of social media to display solidarity following the events in Ferguson and somehow managed to keep his GPA above a 3.0. He was doing all he had set out to do when things took a turn during his junior year. Due to an unforeseen account balance, Khalil was forced to leave Howard in 2016.

“I knew I was letting a lot of people down,” said Khalil in regards to leaving the university. “But at some point you have to make the decision that you’re either going to be victim to your circumstances or you’re going to control it.”

Two years later and Khalil is in complete control. Currently stationed in Landstuhl, Germany, he has just published his first book “Winning Your Race: Unconventional Truths from a College Dropout” a comprehensive guide on how to discover self motivation on your own terms in order to properly equip yourself to win your race. As if this isn’t enough, he has announced the Winning Your Race Scholarship to help offset the cost of school for a Howard University student. Keep reading to find out how you can win. 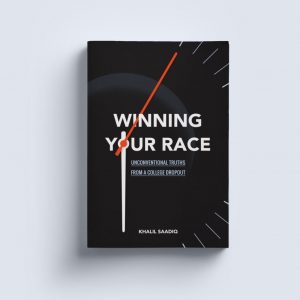 Tell us about your time at Howard and how it came to an abrupt end during your junior year?

Howard is the Mecca for the experience it provides its students and not necessarily for the lessons that it intends to teach its students. I’m a testament to that fact. I’m a first generation college student so none of my family had ever been on campus. I ended up visiting [for the first time] on a Friday during the springtime in March. Election season was in full swing and it was the first time I ever saw a black man my age in a tailored suit. When I saw the Yard in the middle of election season with the sun shining, I just knew that I needed to be there.

So I went and everything was going well. I had a full academic scholarship that I needed a 3.3 [GPA] to keep and I ended up earning a 3.2. I was awarded an ROTC scholarship but the ROTC department distributed the funds a semester too late. So during my junior year I owed Howard for an entire semester and I’d taken the classes already. Howard doesn’t let you apply a scholarship to a back balance so when the funds were distributed for the scholarship in January [2016] it couldn’t be applied to my previous semester.

So I went to the A Building with a third of the balance so that I could get onto the payment plan and after giving them the check, I was told I could enroll in classes the following day. I was unable to enroll, I went back and they said they made a mistake and instead of applying that money to set up a payment plan, they applied the money to my total balance. So at that time to enroll, I would have had to pay one third of the new total balance to initiate the payment plan. I felt like I had been finessed so I left.

I decided that instead of going into debt trying to fix it I was just going to get it on my own. I didn’t really have it in my character to make a go fund me and I felt that my tenure as an undergraduate student was kind of over.

What was that feeling like when you realized you could no longer attend Howard?

What did you learn from the experience?

You reach these points in your life where you know on the inside what you have to do. You just know it. The more you fight it, the worse you make your current situation. At some point you have to make the decision that you’re either going to be victim to your circumstances for the rest of your life or you’re going to control it. Either you get into the passenger seat of a car and might go where you want to go or you get into the driver seat and figure it out. It depends on the type of person you are but I think most people in our particular age bracket have it in them to go behind the wheel and drive the car and I would just encourage people to take advantage of that feeling as soon as they feel it. 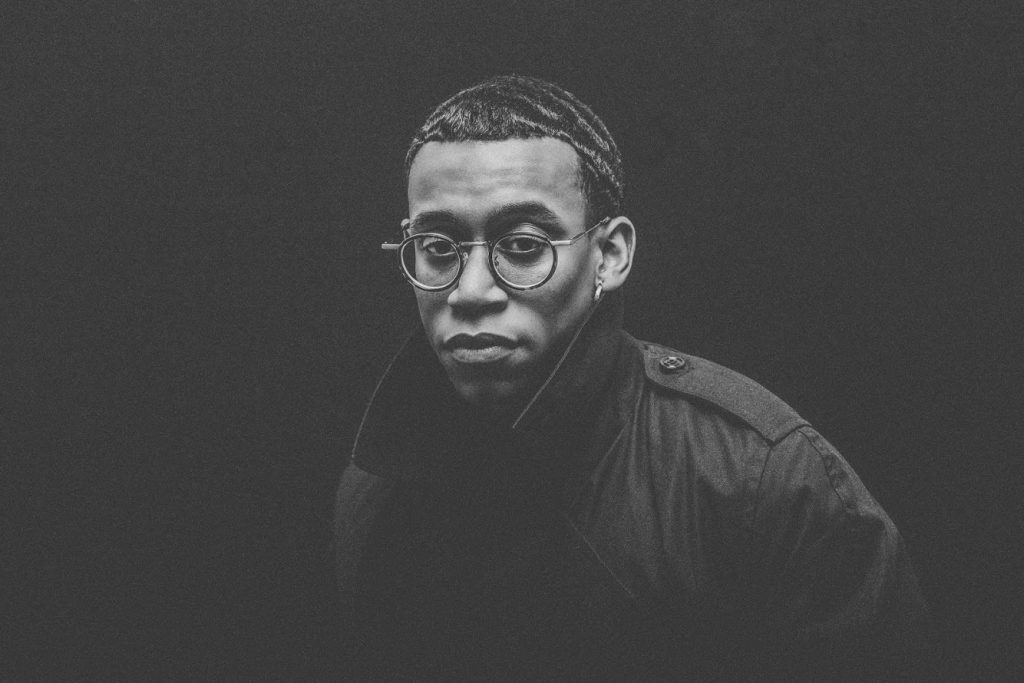 What have you been up to since leaving Howard?

So after I left, I was home for about two months then I joined the military. So I enlisted in the army as an X-ray tech. Now I work directly for my leadership in an administrative role.

What’s the inspiration behind your new book?

I was going through a lot when I was at home by myself and with the selection of a few people who kept in touch with me when I left Howard, I was incredibly alone. My mom was not talking to me, my brothers were at school and I didn’t have a car so I was just at the house all day trying to figure out what my next move was going to be.

I was reading a lot and I was tapping into myself a lot so at one point it just hit me while I was there like I’m going to be alright. I’m not just going to be alright, I’m going to be great. Everything I told myself I was going to be and more. I’m able to tap into this because of the adversity I experienced. My journey is not special. People will hear my story and be like wow you have an incredible story but my story is only incredible because there are so many people who can relate to it. So if I can just get people to look at their own situations differently then I can inspire them to be the best version of themselves.

What advice do you have for your fellow Bison?

It’s important to stay very, very, very, very true to your journey. When you’re at a university where a lot of things look really good, it’s easy to get discouraged by that like and feel like, ‘I don’t look that good,’ or, ‘my journey doesn’t look that good.’ I think so many of us who maybe weren’t exposed to that volume or that quantity before Howard, we let it sidetrack us and we begin to try to make our journey look like that or try to fit into a mold that we think will get us attention or success or applause. The more people who go to Howard and who are true to themselves the better. Aggressive authenticity is so important.

To be eligible for the Winning Your Race Scholarship, students must be enrolled at Howard University for the upcoming Fall 2018 semester and in the graduating class of 2019, 2020 or 2021. The winner will be selected based on his/her ability to effectively connect with the content in “Winning Your Race” and their reason listed for deserving the scholarship.

This interview has been condensed for clarity.