The relationship between Howard students and Sodexo, the on-campus dining service provider, has been tense for quite some time. Complaints have been made against the company for its management of Howard’s dining services, unreasonable hours, quality of food and lack of food options.

Many students feel that the existing problems have been prevalent on campus for too long and that they have seen little to no effort towards change.

When asked about the changes made in the dining services since she began attending Howard University, Cayla Taylor, a sophomore, said “ I feel like it really hasn’t gotten any better since I got here.”

George Miller, General Manager of Sodexo Operations, said, “Quite often what we struggle with is when we do things and students don’t really know about it.”

The program that Miller stressed was the Student Culinary Council, a committee that works towards giving students a space to express their needs to the Howard Sodexo staff. Nia Kerr, a junior, says she has never heard of the Student Culinary Council. According to Miller, the group meets once a month with the staff over a meal that features upcoming menu specials.
Miller said, “We don’t do a good enough job yet, but we’re working on it.”

In order to increase awareness of the dining service’s efforts, Miller said his staff displays a calendar in Blackburn every month showing specials and events related to dining services.

In order to accomplish this goal, Grignol hopes to build relationships with groups such as the Undergraduate Student Association. The UGSA is the host of First Friday, a special event held in The Punchout the first Friday of every month. 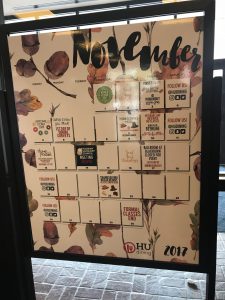 By strengthening the connection between Sodexo and groups like UGSA, Grignol believes it could help accomplish Sodexo’s goal of consumer satisfaction. One initiative that Miller discussed was the addition of new specials like Tex Mex Tuesday, caramel apples, and National Donut Day celebrations.

These initiatives may benefit students like Taylor who said, “I feel like the main problem is variety. After a while you get tired of eating the same old thing.”

However those same initiatives, that are primarily meat and dairy based, may not benefit students like Kerr who is a vegan and already has trouble finding options that cater to her diet.
Miller also mentioned a survey that is offered at the end of each semester here at Howard University. The survey is set up outside of all of the different dining options on campus. It usually includes a series of anonymous questions that help give feedback to the dining staff. The survey was taken on Nov. 6, but there were a lack of students willing to participate in the survey. If you would like to make sure your concerns do not go unnoticed, then keep a look out for the survey stands next semester. 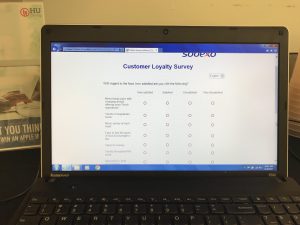