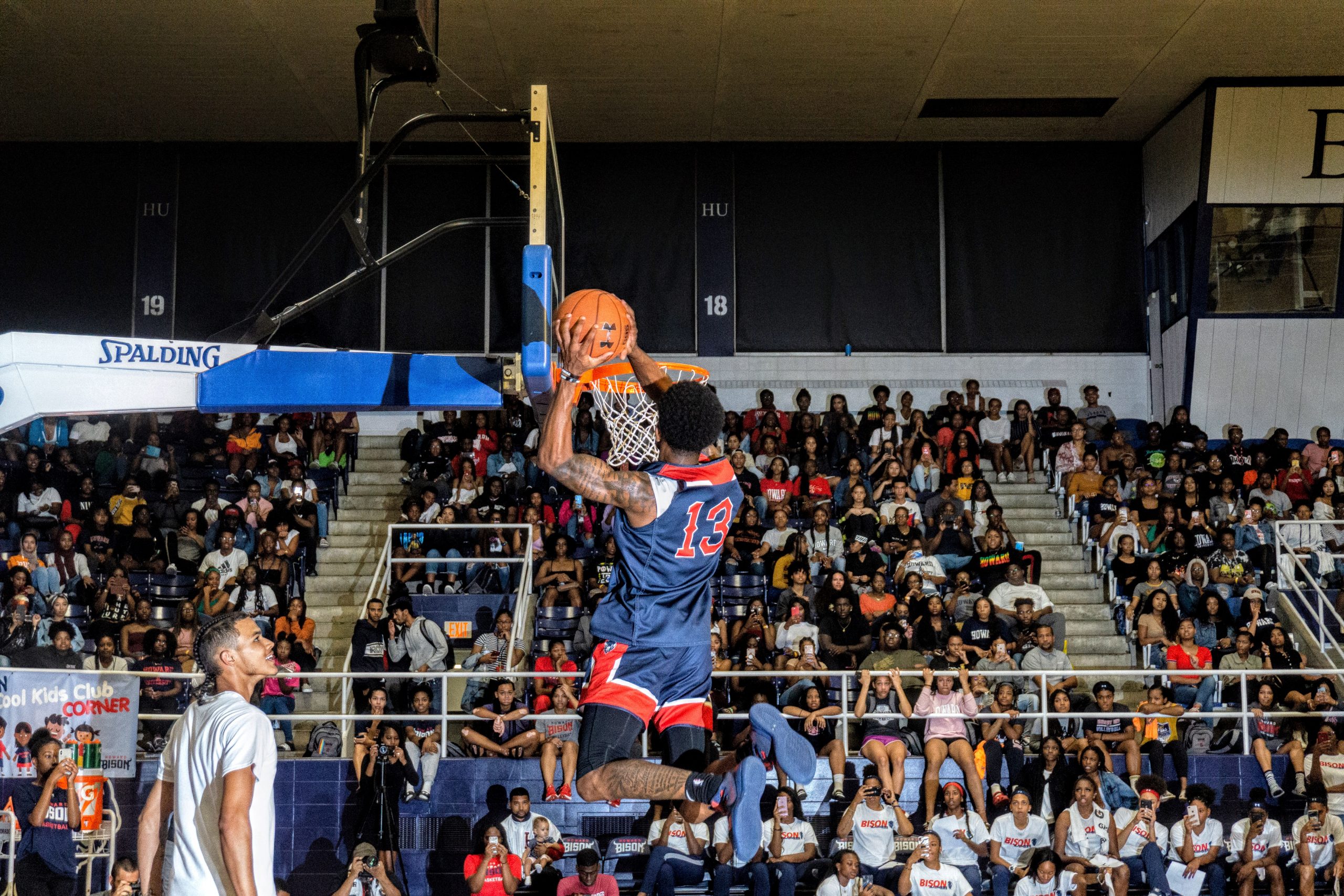 Burr Gymnasium was a full house on the evening of Monday, Oct. 7 for the pep rally to kick off Homecoming week. Bison Madness: The Trilogy commenced with a rising R&B artist and MTV personality serving as host for the night, Mechie So Crazy. He warmed up the crowd and introduced the Howard University Showtime Band. Accompanied by the Oh La La Dancers, the marching band pumped up the crowd with currents and classics such as “Big Ol’ Freak” by Megan Thee Stallion and Cameo’s “Neck.”

Howard Cheer’s following act did not disappoint in the slightest. Blazing with backflips from behind the black curtain and onto the basketball court, our lady bison welcomed the crowd with full enthusiasm reciprocated. Following suit were our very own Bisonettes who not only maintained that momentum but heightened the excited atmosphere of the audience.

Though the pep rally was designed to support the football team before Saturday’s big game, Howard’s Women’s and Men’s basketball team got to share the spotlight.

The three pointer challenge between Women’s and Men’s Basketball teams was intense. Many were on the edge of their seats, if they had one. The gym was left with standing room only.

Afterwards another challenge within each team took place: the men’s dunking contest and women’s karaoke competition. Finally, the pep rally closed with a scrimmage between the two teams.

The segment-packed showcase also featured some interludes throughout the night including “Bison Madness” shirt giveaways, ticket raffles, a brief appearance of HU President Frederick on the court, and a commercial for “Angrily Ever After,” a romantic comedy directed by Terri J. Vaughn.

“I thought it [Bison Madness] was a very heartwarming experience and I cannot wait to see more of comradery of black people throughout the week,” said photographer Ryan Hampton. With events like this, MACRO, Tailgate, and so on, I hope we use this week to really build each other up as a collective.