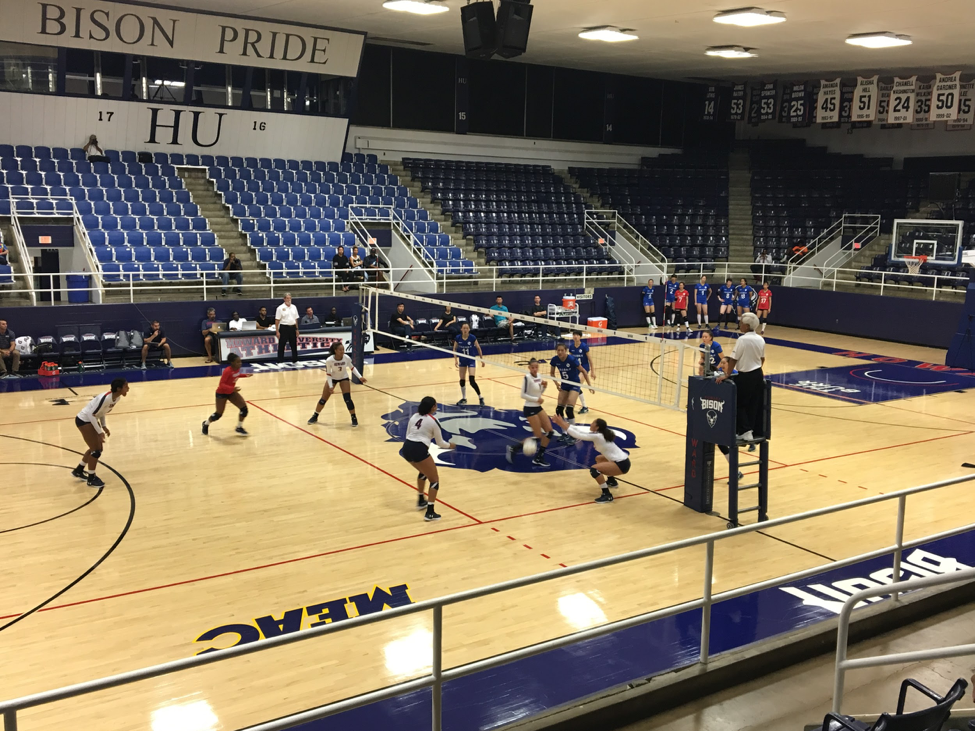 So Close, But Yet So Far

This is the distance the Zhejiang volleyball club had to travel to play the Howard bison volleyball team this past Wednesday.  Although the Bison seemed to have had to comeback in their cards, after trailing by two sets.  Distance proved not to be a factor for the professional Chinese volleyball team, as they won the final set 15-9.

This was the volleyball team’s final exhibition game before they begin their conference campaign on the road at Maryland Eastern Shore on Sept. 29.  Quickly followed by Delaware State on Oct. 1.  Last year when playing Delaware in the MEAC conference the Bison went 2-0, winning 3-1 an 3-0 during the regular season.

During the game against Zhejiang the team looked slow to start, only hitting .03 across the first two sets.  However with the game on the line the Bison rallied to beat the pro team in the third set 31-29, giving energy to the team, pushing them to win the fourth set 25-20.  Despite hitting .33 in the third and fourth sets and impressive efforts from Senior Khaila Donaldson and junior Tamia Dockery.  Both who recorded double-doubles across the game in digs, kills, and assists, the team still fell to the Zhejiang volleyball club.

Although Howard lost, there were many positives the team was able to take away from their exhibition match with a pro team as they move closer to conference competition.  Although the team seems heavily dominated by freshmen this year, it was the play from the upperclassmen that led Howard to such a close exhibition match.  Seniors Jessica Young and Carlise Cardoza led the team in hits and digs, both with 18, with Young hitting .331 over all five sets.

Moving forward the team hopes they are able to start games as well as they finish them.  Which will prove to be increasingly important as conference competition becomes more intense and Howard looks to win the MEAC title.