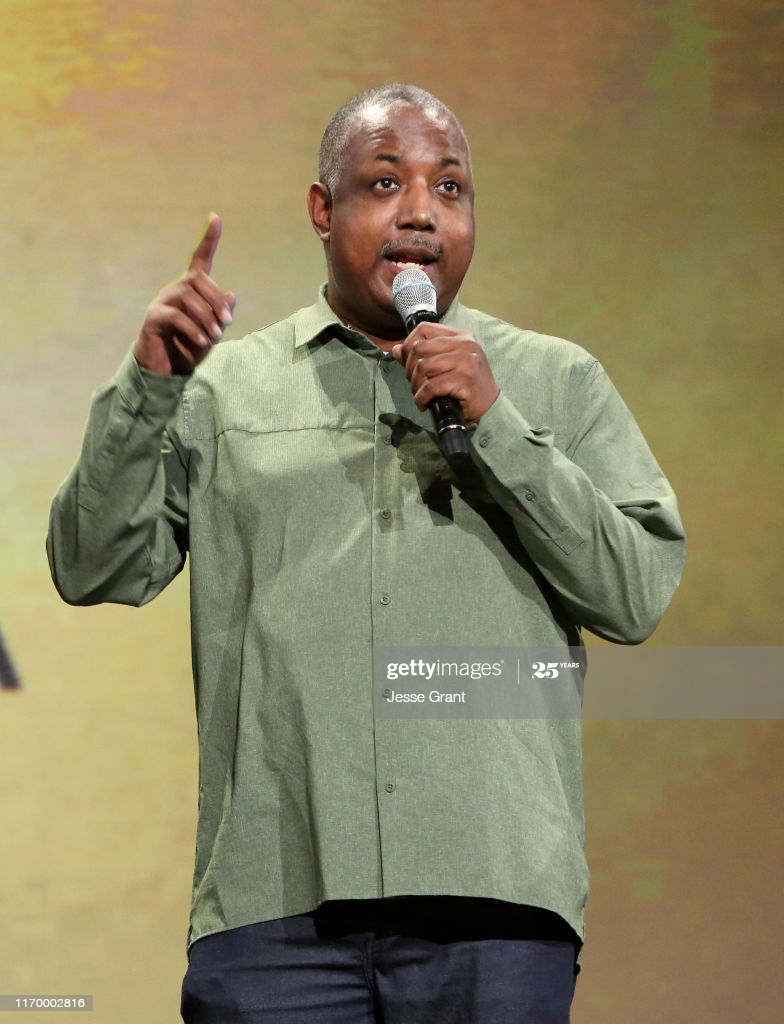 Howard University has had its fair share of successful alumni who have made historic changes. In 1967, Thurgood Marshall became the first African-American Supreme Court Justice.  In 1993, Toni Morrison became the first African-American to win a Nobel Prize in literature. Now in 2020, Kamala Harris made history by being the first female Vice-President and Vice-President of color in the United States.

Add another addition to the list: Kemp Powers, a Howard alumni who recently became the first Black co-director in Pixar and one of the leading minds behind the first Pixar film with a Black lead, “Soul”.

Before his directorial debut for “Soul,” Powers was a notable playwright and screenwriter, winning the Ted Schmitt Award for his play “One Night in Miami”. However, for Powers, writing is more than just winning awards and gaining recognition–– it’s about storytelling.

“All of the crafts that I do are essentially just storytelling,” Powers says in the recent November “Soul” press-junket. “I’m always consuming the art form.”

His storytelling started in the English classroom at Howard University, when his freshman English professor told him he was a gifted writer. Powers then used his professor’s remarks to become a staff writer for the Howard University newspaper, “The Hilltop”.

“[‘The Hilltop’] assigned me a story that set me on my path.” Powers explained.

The key to Powers’s love for writing was being a voracious reader.

“I read five different newspapers every single day, and from there I see 15-20 plays a year and read another 30-40 plays.”

Nevertheless, a crucial part of Powers role as a writer was the Howard community as well. When he stepped onto Howard’s campus, Powers described it as his very own “Wakanda,”referencing Black Panther’s iconic Afrofuturistic environment.

“Everyone who was gifted and talented also looked like me.” Powers says with a tinge of nostalgic emotion in his voice.  “[Howard] gave me a degree of confidence that my voice had merit and that my ideas were valuable.”

Representation and diversity was so important to Powers in the process of storytelling that he had an innate responsibility to take on directing for “Soul.”

“Soul” is the first Pixar movie with a Black lead and only the second Disney movie after The Princess and the Frog to feature a leading Black cast.

“It’s kind of sad that [Black representation in Pixar ]has taken this long,” Powers admits. “This means it’s only the beginning.”

When discussing his role as co-director, Power talks about the team that helped bring “Soul” to life. Unlike other movies, “Soul” enlisted a handful of Black creatives to bring the needed jazz and African-American culture to the screen.

“It wasn’t about getting [“Soul”] to be about all black people.” Powers says honestly. “ It was about getting it to be specific and authentic.”

The authenticity in “Soul” relied on the directors not hiding the protagonist Joe’s blackness and exemplifying the key character traits that make up his identity.

Though “Soul” has a different storyline, it is still made up with the same ideals and values as other Pixar movies: hope, family, and perseverance.

To wrap up the interview, Powers gave some lasting words of advice to upcoming screen-writers, play-writers, and directors.

“My biggest pieces of advice are to hone your craft and have a lot of perseverance.” Powers states.  “Give yourself time. There’s no such thing as an overnight success.”

Powers’s careers may have taken years to occur, but his success is undoubtedly growing.  It all started first in a Howard classroom with a pen and a long reading list.