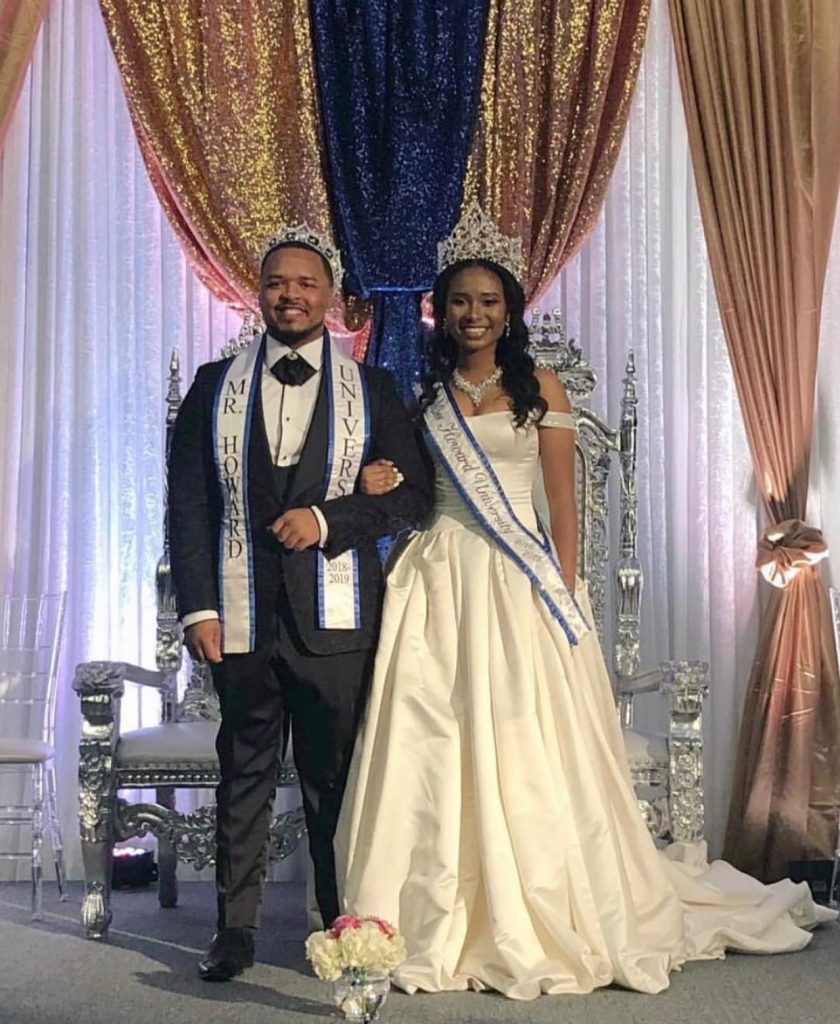 Lights, camera, action was the theme for Royal Court’s Hollywood-Like Coronation on Oct. 24, 2018. The Mister and Miss from each undergraduate college were officially crowned. The event in particular served as an honor to our current Mister and Miss Howard University, Brandon Allen and Kayla Waysome. Friends, family members and guests were there to bask in the accomplishments of Allen and Waysome.

“He is very goal-oriented,” Calhoun says about Allen, whom he has known since their freshman year.

Allen, like many first year students, was first introduced to the many possibilities for leadership on campus during Taste of Howard.

Unlike Allen, Miss Howard University Kayla Waysome’s journey to the throne was unexpected. Waysome originally became involved with pageantry in high school where she was crowned Miss Virginia Teen 2015. Despite her accomplishments, Waysome did not believe she would be involved in limelight of pageantry once again during her Howard University career.

Yet for those who know Waysome, such as her Mister, it was not a surprise at all. After spending time together during a royal court boot camp last year, Allen and Waysome have been close ever since.

“I think we balance each other out,” Allen said, “I know our reign is taking royal court in a great direction and hopefully those who come after us will reap the benefits.”

Waysome attributed her accomplishments to “God’s plan,” and was honored to have her family from Jamaica by her side.

“It was everything,” Waysome said about her family’s presence at Coronation, “My family at the time was still living in Jamaica [when I began pageants]. They moved to the United States when I was in college. It was great to have them present to see what I have been working for in person.”

When asked of the legacy both hope to leave behind, words such as “revolutionary” and “servant” stood out. From placing in Ebony’s top 15 HBCU Kings and Queens to being awarded New Orleans’ Annual Leadership for Queens and Kings Conference’s most impressive court, there is no doubt the work of Brandon Allen and Kayla Waysome will be remembered.

“I hope I was a Miss Howard that inspired young women on my campus to be their best self and contributed to a sense of sisterhood,” Waysome said.