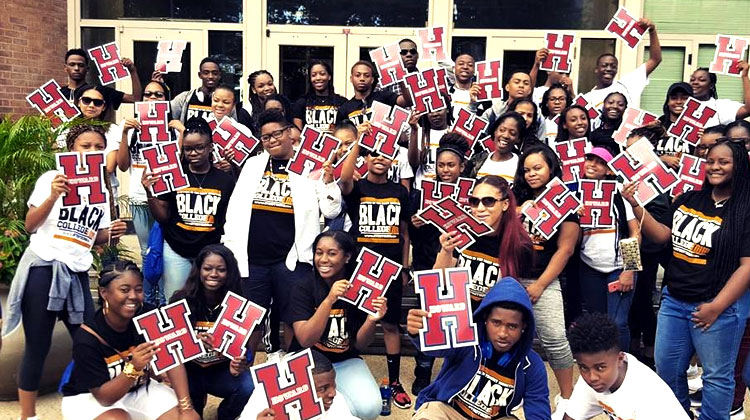 Each spring, thousands of young students and their elders descend on Howard and our sister institutions in the glorious annual rite of the HBCU college tour. Wide-eyed prospectives from fifth through twelfth grades from cities across the country make annual pilgrimage to my classes.  Our Howard University Alumni Club of Atlanta family, riffing off of a mid-February Howard Twitter account declaration, presented me with a t-shirt at the close of their visit emblazoned with the phrase: “Howard is Our Wakanda.”

Future months of agony and speculation should, however, remind us of Howard 1978 Honorary Doctor of Humanities recipient Stevie Wonder’s line in his 1972 song “Superstition”: “When you believe in things you don’t understand, then you suffer.” There are bright lines between fantasy and reality. As inevitable and imaginative showers of ironic, acerbic and comedic replies to the Twitter “Howard is arguably collegiate Wakanda” declaration reminded us, Howard is not Wakanda. No HBCU is. How could we be?

An Afro-futurist Wakanda flows from a central question in our subaltern imaginary: What might Africa be had it never been colonized?  Howard students enrolled at a university shaped by and preoccupied with finding answers to help forestall or negate perpetual existential threats to Africans, far too rarely ask—much less imagine layered answers—to such a question.  The transformative natural resource of Wakanda is the Vibranium mound. Howard’s transformative resource is, and will always be, its people.

As I wrote in the afterword to Todd Burroughs’s book “Marvel’s Black Panther: A Comic Book Biography, ” Wakanda is an American African fantasy. HBCUs are not Wakandas, any more than the African Diaspora or post-colonial Africa are Wakandas. As Black Panther comic writers from Don McGregor to Christopher Priest, Reginald Hudlin and Ta-Nehisi Coates have shown us, Wakanda represents a place to complicate questions of an African utopia, literally an African no place.

The responsibilities of Howard and our sister institutions are greater than those of any imaginary Africas. Memories, dreams and visions of generations of future Africans seek us as real destination repositories and sites of possibility, not imaginary ones. Comparing Howard to Wakanda reveals that desire. It is not a desire defined by soaring SAT scores and grade point averages but by demonstrations of heart and will that are far more relevant barometers of African and broader human possibility.

Imagination driven by hearts and will caused Black students of the 1960s, inspired by Malcolm X and Black Power self-determination, to award Howard its most enduring honorific: “The Mecca.” As Ta-Nehisi Coates writes in Between the World and Me, The Mecca cannot be reduced to Howard University’s test scores and grades, and is rather “a machine, crafted to capture and concentrate the dark energy of All African peoples and inject it directly into the study body.”

The most current threat to the fuel for such a machine for the imaginary is a self-celebratory academic and popular culture that threatens to replace substantive effort with glosses of effort. As Wakanda’s Shuri’s cultural-scientific mastery reminds us, Wakanda’s genius is a cultivated one. When we do not seek hearts and wills of collective purpose as students, faculty or staff, we run the risk of conflating institutional excellence with the fragile appearance of individual mastery. Our Killmongers, stripped even of Michael B. Jordan’s righteous indignation, become masters first in damnable alchemies of finesse.

Mastery work is slow and accretive. At Black Universities, it must never be disassociated with thinking work for collective liberation. Wakandans would never celebrate the to-be-expected as exemplary. Neither should we. Proxy Wakandas in the Global HBCU firmament emerged out of liberation struggles, from Legon, Makarere, Ibadan and Fort Hare to the Caribbean’s UWI system.  Black students who occupied Cornell and Columbia in 1967 and 1968 and who called for Black Studies and Black Cultural Centers at Brandeis, Oberlin, Ohio State, San Francisco State, Northwestern and elsewhere carved liberated Black spaces out of which to imagine and plan new Black worlds. And desegregation has further complicated liberation desires of HBCU students and Black students at HWCUs.  Lines of debates between nationalism and assimilation captured in Laurence C. Morse’s brilliant 1986 novel of life at Howard and HBCUs, Sundial, are much more blurred now, birthing new possibilities for new thinking.

Still, unlike what dreams of individual achievement youngsters on annual HBCU college tours might expect of HWCUs, Howard and our sister institutions are living Wakandas. They look to us for a larger common purpose. Unlike the home of T’Challa, Okoye, Shuri, M’Baku and their imaginary kin, these young people need fear no existential threat from Thanos or anyone else. Unlike the comics, they seek the places where we have everything we need to link our incomparable African pasts to our glorious African futures. The honorifics, from Mecca to Wakanda to what will invariably come next out of Black creative imaginaries, are generational labels for our HBCUs, objects of that thankfully unquenched desire.