This is the second of a two-part series on the murders of teenagers throughout the U.S. While the nation’s attention is focused on deaths in school shootings, the equivalent number of teenage murders place every week, mostly in African-American and Hispanic neighborhoods with little fanfare or public debate.

Steven Slaughter was walking home from the 7-Eleven store with friends on a Sunday afternoon at the beginning of the year in his southeast Washington neighborhood when it happened.

Steven was with two of his friends. It was January 14, the eve of the Martin Luther King Jr. Day, and Steven, a 9th grader who dreamed of playing football for a major college, and they were looking forward to being out of school Monday for the national holiday.

When they got to the 1700 block of Minnesota Avenue, a man who police say is 21-year Anthony D. Allen, pulled a gun and tried to rob them. Something went wrong, and Steven was shot several times.

When police arrived at 6:59 p.m., Steven lay bleeding on the ground in front of Garden Memorial Presbyterian Church—just a block from his house.  Medics took him to a local hospital, but not long after his arrival he was dead, and with him the dreams of a young black child and all the hopes and aspirations that his parents, relatives and friends had for him. He was 14. 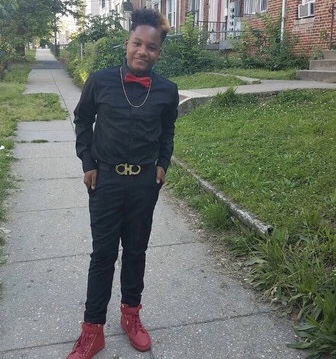 Steven Slaughter, a 9th grader, dreamed of playing football for a major
college. He was murdered at 14 while walking home from a local store.
Coutesy photo.

Steven was the youngest of four teenage victims of gun violence in one month in the nation’s capital at the start of the year.  The others were Paris DeShawn Brown, 19; Davon Fisher, 17; and Taiyania Aaliyah Thompson, 16.

While America mourns the deaths of 17 teenagers killed in a Florida high school shooting and debate gun control in the wake of such incident, lost in the conversation is the fact that a similar number of children and teenagers are shot and killed every week.

Instead of mass murders victims, they are single, solitary deaths, nearly hree a day. According to statista.com, 1,278 people between the ages of 13 and 19 were killed in 2015, on average more than 20 each week. They are children like Miracle McGowan, 15, killed January 12 in a drive-by shooting as she and three other people sat in a car in the Florence-Firestone neighborhood in Los Angeles.

They are Natalie Hernandez in Dallas, 14-year-old fatally February 12 as she and three other W. W. Samuell High School students were sitting in a car in a city park. They are Ga’Quavious Williams, 17, found dead in February outside of an Atlanta home with a gunshot wound in the back.

Mostly they are black and Hispanic, and their deaths rarely become a national rallying point around guns or gun control. Instead, family members and friends place their photos on T-shirts and place mementos around the places they were killed.

Four murders of teenagers in one month was an oddity for D.C., but it was also a reminder of disparate toll that gun violence takes on black communities.

This is a look at some of those lives.

Steven was described as a good student with lots of friends. 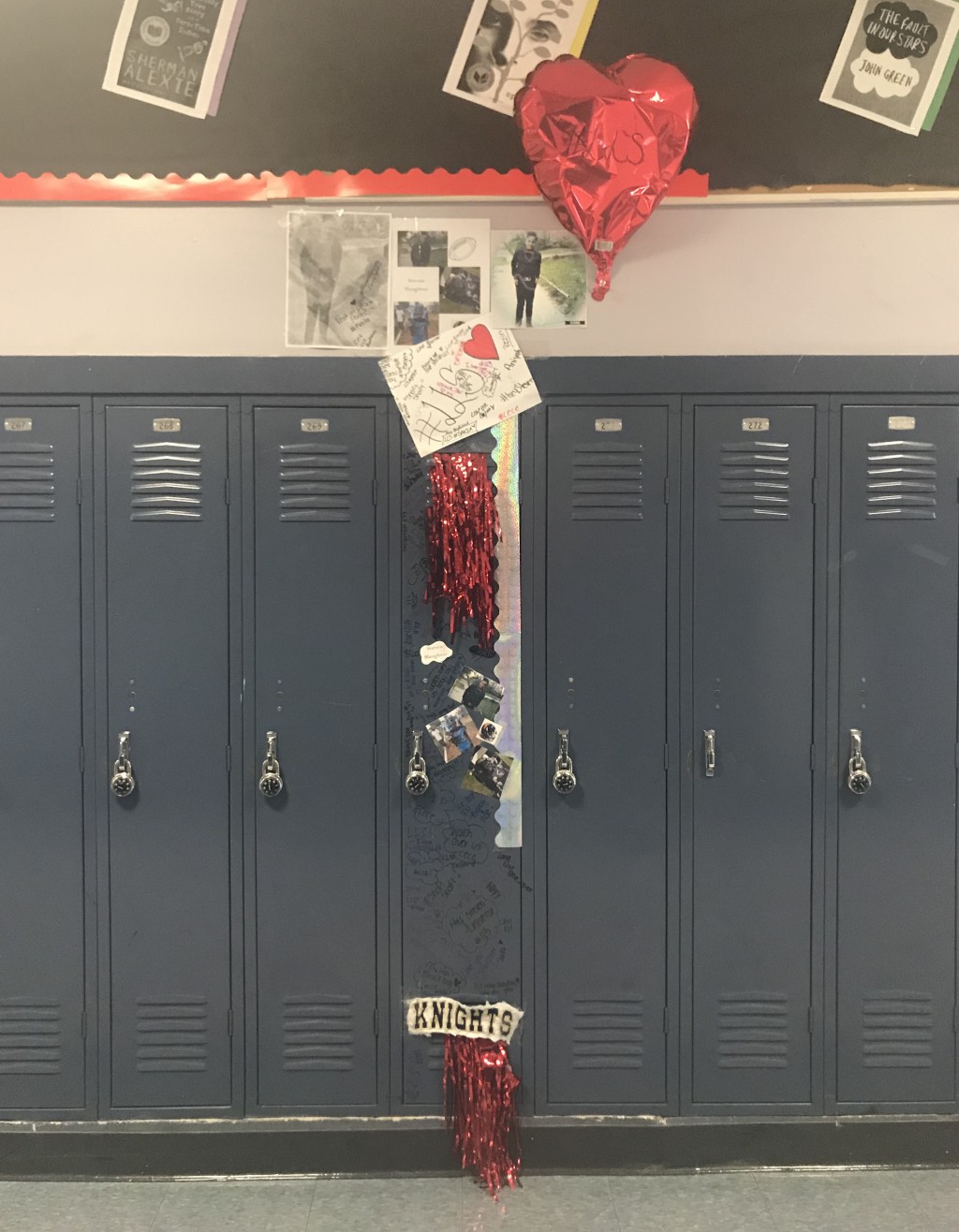 To honor him, Steven Slughter’s classmates and staff at his
school decorated his locker. Photo by Alexa Imani Spencer

“Everybody who came across him, they loved him,” his mother, Tiffanie Jones, 35, told the Washington Post, “They could feel his energy.”

At Friendship Collegiate Academy, where Steven went to school, 9th Grade academy director, Lauren Johnson, recalls Steven as a “lively,” “giving,” and “sweet” student. He worked hard for his grades and was highly regarded by many teachers and students, she said.

Shortly after his death, the school held a ceremony at the flagpole to honor his life. Led by the campus’ counselor-pastor, students read poems, lit candles, and released balloons. Students signed laminated posters with kind words and thoughts to give to his mother. Grief counseling also took place in each of the classes that he attended.

Steven’s locker remained decorated with photos, balloons, and signatures in March, as did his seat in his former English and math classes. On the 14th of February and March, the school gave prizes at lunch to commemorate Steven’s core values.

“We have done so much to honor Steven,” Johnson said,  “I wish we could do more.”

Taiyania Aaliyah Thompson, was the last teenager shot and killed in the nation’s capital in January.

Thompson, 16, was fatally shot Jan. 25 while sitting on a living room sofa inside an apartment on Mount Olivet Road in Northeast Washington. Nearly a week after the shooting, police arrested Taiyania’s boyfriend of 8 months, Dekale Bowman.

Bowman, 18, has been charged with second-degree murder while armed. An affidavit filed in D.C. Superior Court stated that he shot Taiyania “by accident.”

As a child, Taiyania was given the nickname “Mama” by family for her caring nature, her mother and sisters said. In an interview, her family described her as “youthful,” while also having a maturity level unusual for her age.

Her sister, Tiashaundra Thompson, 19, said the two had a special relationship. Thompson recalled Taiyania consoling Thompson’s daughter when she was a baby. Taiyania could stop her from crying with little effort, an ability that her older sister could not understand. 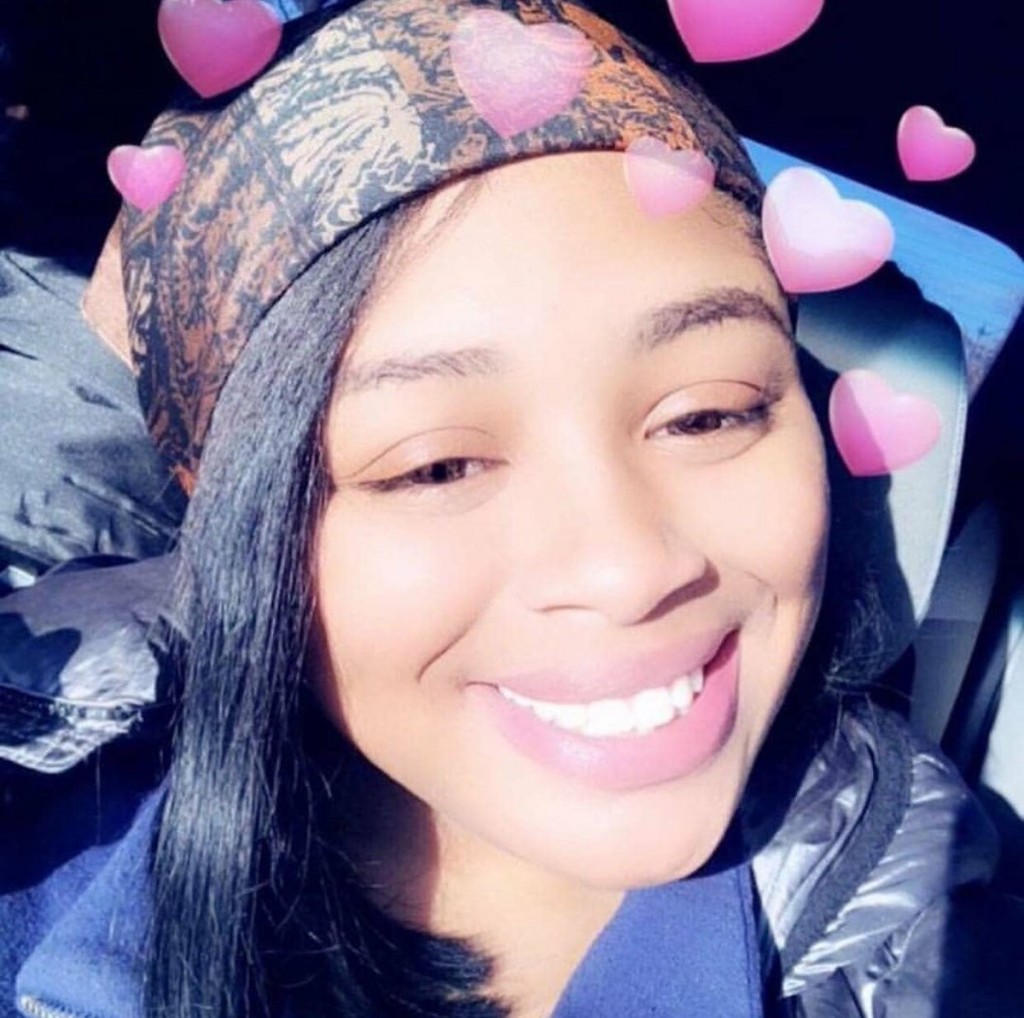 Taiyania Thompson, 16, whose family had nicknamed “Mama” for her
nurturing nature was shot by her boyfriend, police said.  Courtesy photo.

“She had my back and I had hers, and we had that understood,” Thompson said.

“She used to want to rescue all the animals that she saw outside,” Thompson, 41, said.

While attending Sustainable Futures Public Charter School, Taiyania began to experiment with fashion and makeup and hoped to one day open her own clothing store, her family said.  She was a private person, they said. She spent much of her time writing about life experiences; filling notebooks with raps, songs and poems.

“Her uniqueness was remixing everything in her own way,” another sister, Tiandra Thompson, 21, said.

Taiyania’s family said she was deeply affected by her father’s death, even though she was just 5 months old when he was fatally shot, allegedly in a robbery in D.C. He was 17—just one year older than Taiyania when she died.

“[His death] was something that she had to carry with [her],” sister Tiashaundra Thompson said.

For years, Taiyania yearned for her father, her family said.

Taiyania’s sister Tiandra said two have been reunited in death.

“He’s gone and she’s up there with him,” she said, “and that’s all that she basically ever wanted. That’s all she ever needed.  Nothing here on this earth, on this world, could’ve satisfied her but that.”

Lajoyina Thompson said her daughter left her a message in a post Taiyania made on social media.

In the comment, written weeks before her passing, Taiyania referred to her mother as a “strong, beautiful, young, black queen.”

“I think that’s why I’m able to stay as strong as I am,” her mother said, “because that was my daughter’s last image of me, and I want to uphold that image that she left having of me.”