Gentrification has taken a toll on urban communities throughout Washington D.C. Hundreds of predominantly Black families have been forced out of their homes to accommodate redevelopment.

In an effort to save Brookland Manor Apartments, Adriann Borum and another unnamed tenant, joined by community-based organization, Organizing Neighborhood Equity (ONE DC), located in Shaw and the District of Columbia, have filed a class action lawsuit to halt discriminatory redevelopment of the complex.

Brookland Manor Apartments, located in Ward 5 of Northeast D.C., is home to nearly 150 large families—many of them having lived on the property for generations. Because of the current affordable housing crisis, it is now one of the few remaining communities in the city with the four and five bedroom apartments necessary to house these large families. 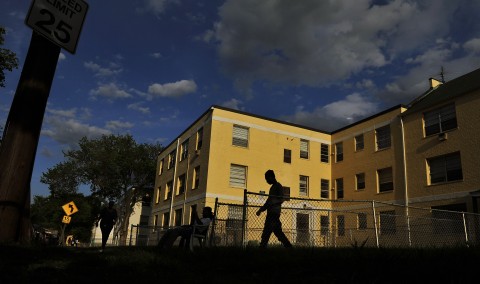 Developer Mid-City Financial Corporation has plans to demolish the property and to build in its place a new development, “Brentwood Village,” that would not accommodate large families. If redeveloped, the density of the complex would more than triple from 535 units to 1,760 units. Out of the 1,646 new apartments, only 64 will be 3-bedrooms units. The rest will be one and two bedroom units.

Mid-City justified the removal of the family sized-units by deeming low- and moderate-income families “not consistent with the creation of a vibrant new community.”

“I have a family of six, including myself. We can’t all be forced into a one bedroom.” said Borum. “For the family sized units that I need, I can’t afford it. And that’s with a lot of [residents]. It’s going to push a lot of us into homelessness and into shelters.”

Borum has lived at Brookland Manor for 28 years. At the age of seven, her father passed away. Leaving her mother, known affectionately by the community as ‘Aunt Joyce,’ to take on the responsibility of two parents. As a single mother, Aunt Joyce raised 15 children in all—her three children, nieces, nephews and family friends. She was known to give love to anyone that needed it and that same sense of unity resonated within the neighborhood.

Even now, at 39-years-old, Borum can vividly recall childhood memories of the entire neighborhood coming together to celebrate.

“Everybody’s family made a dish and brought it to the cookout,” she remembered. “We had moon bounces. Popcorn machines. Snow cone machines. We had it all back there, until they cut it out.”

Things began to change upon the announcement of the redevelopment. The grills that residents used for cookouts were removed. Children have been banned from playing on the basketball court. Gates are now prohibited from being leaned on. If caught breaking a rule, an infraction will be issued. Because of these enforcements, tenants must constantly deal with harassment from security. Borum believes the confrontation is part of the agenda to push larger families out.

“I think it’s a stigma for Black families. They feel like we’re problems in the community,” said Borum. “But it’s a lot of good people that come out of black communities.”

Borum raised her five children at Brookland Manor. Her youngest son, age 18, is currently enrolled in his first year at Norfolk State University. Another son, 20, is preparing to start at the firefighter academy. Her oldest, 21, has re-enrolled in high school after attending CHOICE Academy and a military school. He will be graduating this year. Despite adversity, Borum continues to encourage her children to reach success.

Brookland Manor is home to three generations in the Borum family. This is the case for many residents within in the complex. If eradicated, the community, the culture and the history leaves with it. Families may be torn apart. Legacies may be lost in the rubble. Borum urges the community to unite and fight to preserve the well-earned presence of their neighborhood.

“We’ve got to come together as a community and fight for what we want,” she said.  “Our voices have to be heard. But in numbers.”

Washington Lawyers’ Committee for Civil Rights and Urban Affairs, along with the law firm Covington & Burling LLP, are the attorneys for the plaintiffs in this case. In addition to the class action lawsuit, the team has also filed a preliminary injunction motion. If provided, the court order will prohibit the developer from moving forward with the redevelopment until they eliminate any discriminatory impact of the current plan.

The attorneys expect to see an opposition from the developer and the defendants by the end of this week. 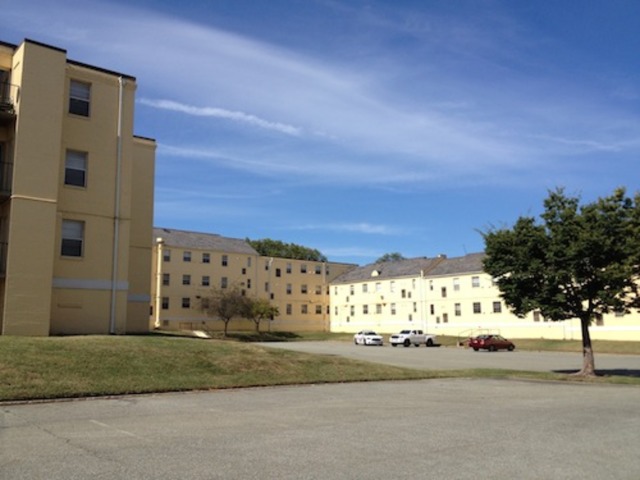