From Simone Manuel’s graceful and confident swimming to the triple-medal U.S. women victory in the 100 meter hurdles, African-American women took the spotlight in the 2016 Olympics in Rio. 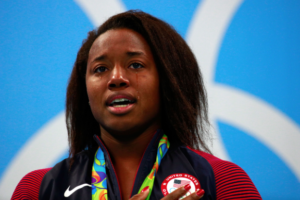 With the Olympics beginning on Saturday, Aug. 6, African-American Olympians, specifically the women, began their road to achieving “firsts,” making headlines and history representing the United States.

Simone Biles, a 4’8 powerhouse gymnast from Houston, Texas set the bar. Her confidence, determination and unbelievable talent led her to a five-time medalist in this summer Olympics. To her name, Biles holds four gold medals in vault, team all- around, floor exercises, individual all-around and a bronze in women’s beam. Winning a total of nineteen Olympic and World championship medals, Biles is the most decorated American gymnast following Shannon Miller, who held this record since 1996 Olympics in Atlanta. 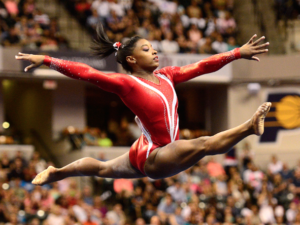 Simone Biles is an U.S. artistic gymnast. Biles is the 2016 Olympic individual all-around, vault and floor gold medalist. She was part of the gold medal-winning team dubbed the “Final Five” at the 2016 Summer Olympics in Rio de Janeiro. (Courtesy photo)

After pausing her academic year as a junior at Stanford University, Simone Manuel became the first African-American woman to win an individual Olympic gold in swimming, setting an American and Olympic record. The Houston native entered the 2012 United States Olympic trials and placed 20th in the 50-meter freestyle and 17th in the 100-meter freestyle events. At that point, she did not qualify to compete in the Olympics.

“It’s been a long journey and I’m super excited with where it has brought me,” Manuel said in an interview with the Associated Press.

Continuing the dominant gymnast and swimmer, the U.S women reminded the world of their dominance in track and field.

The U.S. Women’s track and field Olympians carried their weight throughout the Olympics. Allyson Felix, the face of American sprinting in the 100, 200 and 400 meters, kept her momentum from the 2012 Olympics in London. Allyson’s teammates, Brianna Rollins, Kristi Castlin and Nia Ali followed in her footsteps by making history in a triple medal win in the 100-meter hurdles. Brianna Rollins won gold, Kristi Castlin won bronze and Nia Ali won silver. 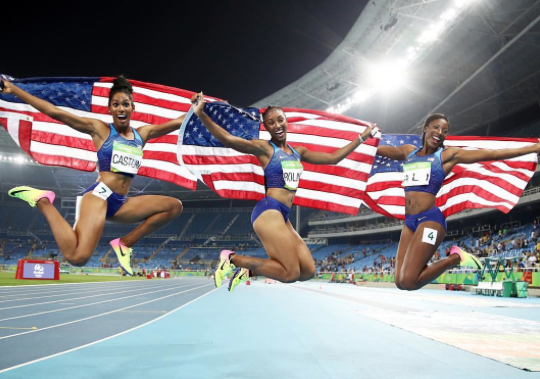 “Title IX paved the way and created so many opportunities for women in sport,” said Felix in an interview with the United States Olympic Committee. “I feel so proud and so inspired by the strong women on our team. It’s such an amazing group to be a part of and I think about all the images of successful women reaching young girls back at home – those are the things that last. These performances will inspire future Olympians, and I am just so humbled and honored to be a part of these amazing women.”

Michelle Carter, a California native, also displayed her talents in shot put. Winning her first gold medal at the Olympics ever, Carter was also named the first American woman to win gold in the sport. She finished fifth at the 2012 Olympic games, which made her unqualified for a medal. She followed the footsteps of her father, Michael Carter, who was the one and only athlete to win an Olympic medal and a super bowl ring in the same year.

It has been a long time coming for African-American women in sports, but this year’s Olympians proved why women deserve a spot to be recognized for their athleticism. These women definitely showed that they are a force to be reckoned with and gave the world a heavy dose of Black Girl Magic. 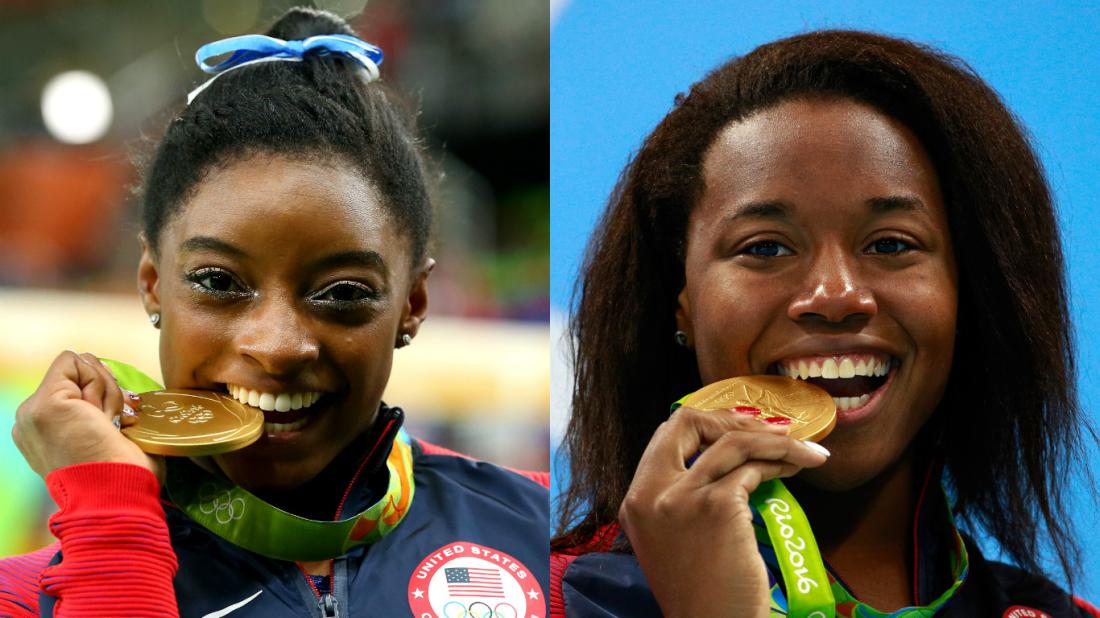