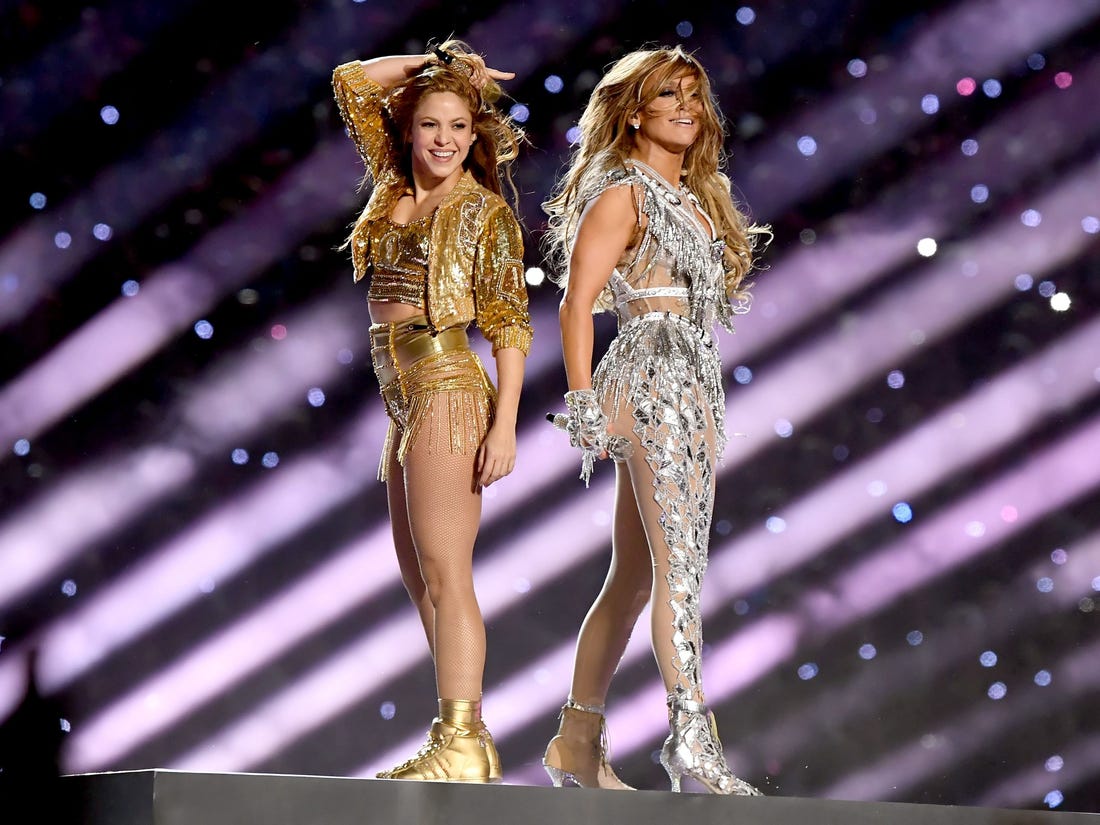 The Super Bowl has become a yearly pop cultural moment where an artist can take advantage of the millions of viewers in order to make a statement. As the most watched television event of the year, the Super Bowl allows for all who take part, from advertisers to musical acts, to have an immensely broad reach to share their message. The commercial slots during the game are coveted advertising spots and companies are known to spend millions of dollars creating a clip worthy of the airtime.

Beyoncé famously took advantage of this in her 2016 halftime show appearance by paying homage to the Black Panther Party and celebrating Black history after the release of the Formation music video. Many argued that the performance overly politicized what is meant to be a family-friendly sports event but with a video of the show posted to the NFL YouTube channel garnering over 80 million views, it is clear there is enough reason to use the platform in such a way.

This year’s performers decided to take a less heavily political route but not without earning their own share of criticism.  Jennifer Lopez and Shakira took to the stage and performed some of their greatest hits as co-headlining acts. There were still nods toward today’s political climate, with children appearing inside of illuminated caged structures, likely a reference to Trump’s immigration policies and the thousands of children being held in United States border detention facilities.

The main message of the night seemed to be more culturally aimed than politically targeted. With this year’s game taking place in Miami, it came as no surprise that the two Latina performers came prepared to bring that cultural flair to their performance.

Both artists are responsible, in part, for building the popularity of Latin pop music in the early 2000s and have maintained bilingual fan bases throughout their careers. With surprise guests Bad Bunny and J Balvin adding to the celebration of Latinx culture, the night’s performances were a perfect fit for acknowledging Miami’s cultural influences.

Many viewers were excited to see this representation on stage but others were distracted by what they saw as a hypersexual performance. Shakira and J. Lo are both known for their dance moves and anyone familiar with their music and previous performances would know to expect their fair share of belly dancing and scantily clad backup dancers.

This is far from the first time that we’ve had conversations surrounding the policing of women’s bodies when it comes to the Super Bowl halftime show. Janet Jackson’s wardrobe malfunction during the 2004 halftime performance caused upset parents and legal trouble for CBS but today, most would assume that audiences in general are a bit less strict when it comes to what qualifies as family-friendly programming. Times have, of course, changed a bit since the infamous “nipplegate,” (Justin Timberlake still owes Jackson an apology for the incident) but our idea of what is and is not appropriate in terms of live television broadcasts remains virtually the same.

There wasn’t any nudity or lewd behavior on stage. There wasn’t much more than the very same styles of dancing we’ve seen from both Lopez and Shakira throughout their respective careers. Were the performers to blame for upset audiences or should they be directing their anger toward Fox for choosing to book these particular artists (and for continually zooming into their crotches for every other shot)? And if Fox is to blame, then what exactly is the charge? We keep having the same debate over women in the music industry and the clothing choices they make. Is the glittery bodysuit really the issue or are we having trouble reconciling with our ideas of what is and isn’t acceptable when it comes to female sexual expression?

Published in Culture, LIFE+STYLE and SPORTS