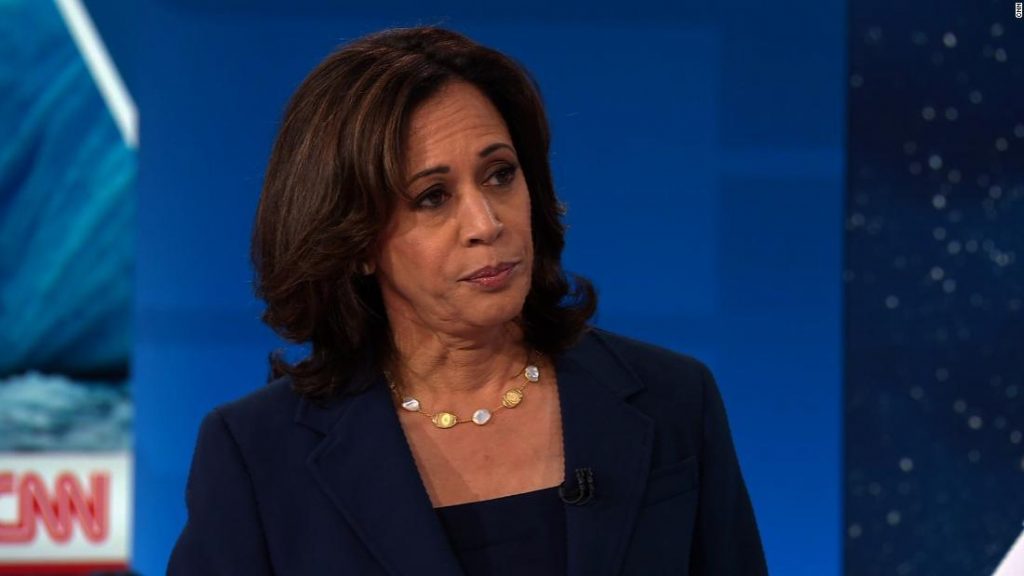 The seven hour long CNN town hall on the climate crisis has solidified climate change as one of the most important issues in the 2020 Democratic primary. On Wednesday, Sept. 4, 10 Democratic presidential nominees took to the stage for back-to-back town halls to discuss their comprehensive plans to combat greenhouse gasses.

Since the 19th century, the earth has warmed 1 degree Celsius. According to a report issued by the United Nations Intergovernmental Panel on Climate Change, limiting global warming to 1.5 degrees Celsius would require rapid and aggressive changes to all aspects of society. Increasing past this half degree mark would mean greater habitat loss in the Arctic, nearly 37 percent of the world’s population exposed to severe heat, and up to 80 million people worldwide could be exposed to flooding from sea level rises. The report also warns that the most vulnerable areas, such as African countries and small island nations, will not be able to cope with multiple impacts. Heat waves, the spread of infection-carrying mosquitos, and crop failures could occur all at once and nations would need to quickly learn how to adapt if they are to survive. Climate change has proven to be an international emergency as well as a political opportunity for the 2020 presidential election.

The CNN town hall provided the candidates with a platform to discuss how they would use their executive power to curb climate change worldwide. Throughout the night, the candidates answered questions from the moderators and the audience, including a disabled LGTBQ activist, a mother who lost her daughter to Hurricane Sandy, and a nurse concerned about the effects climate change has on her low-income patients. Nearly all of the candidates believe the U.S. needs to achieve carbon neutrality by 2050, but they differ in how to get there and how to pay for their plans.

Former Housing and Urban Development Secretary Julián Castro kicked off the night declaring that his first executive order, if elected president, would be to rejoin the Paris Climate Accords. Castro’s $10 trillion plan calls for ending fossil fuel exploration and fracking on public land, passing civil rights legislation to address environmental discrimination, and creating a Green Infrastructure Fund to boost renewable energy efficiency. When a high school student confronted Castro on his history of supporting fracking as the mayor of San Antonio, TX, Castro stated that he does not plan to call for an immediate fracking ban.

Andrew Yang, the tech entrepreneur, was next to take the stage and made sure to include his universal basic income plan in the crisis debate. Yang argued that if Americans worried less about finances, they would have a greater capacity to worry about threats such as the climate crisis. His plan to pledge nearly $5 trillion to reduce emissions includes an ambitious timeline: establish zero-emissions standards for buildings by 2025, 100% renewable energy grid by 2035, and net-zero emissions overall by 2049. His aggressive plan has been met with some backlash due to Yang’s contention that it would be impossible to reach net-zero carbon emissions by 2050 without relying on nuclear energy.

As president, Senator Kamala Harris vowed to instruct the Department of Justice to go after oil and gas companies who have directly impacted global warming. In highlighting how her use of executive power would impact the climate crisis, Harris went even further by stating she would abolish the Senate filibuster if the body refused to pass a Green New Deal. Like many other candidates, Senator Harris emphasized environmental justice in her plan by stressing the importance of the Climate Equity Act. Her $10 trillion comprehensive plan includes ambitious goals such as requiring corporations to pay a climate pollution fee and ending federal subsidies for fossil fuel production.

Senator Amy Klobuchar has long said that Democrats will only hurt themselves if they continue to ignore workers hurt by ambitious climate policies. Her centrist views have produced a more pragmatic and traditional approach to the climate crisis that includes putting a price on carbon, investing in green jobs, and incentivizing the use of clean energy. During her segment, the senator clarified that she would first see who controls Congress before deciding whether to pursue the carbon tax or a cap-and-trade program.

Former Vice President Joe Biden utilized his experience in the global arena by pledging to be a leader in climate change for the world, not only America. He stated that his plan, which includes imposing legally binding emissions reduction targets, is aggressive enough to oust President Trump. Biden received one of the toughest questions of the night when a 27-year-old Ph.D. candidate asked him, “How can we trust you to hold these corporations and executives accountable for their crimes against humanity when we know that tomorrow you are holding a high-dollar fundraiser hosted by Andrew Goldman, a fossil fuel executive?” Although the moderator and Biden both stated that Goldman, co-founder of a natural gas production company, had no current role at the company, Biden still spent much of his segment explaining how his connection to Goldman did not violate his commitment not to accept money from fossil fuel companies.

Senator Bernie Sanders was unapologetic when it came to the price tag on his version of the Green New Deal. His $16.3 trillion plan to combat climate change includes investing $200 billion in other countries to help them reach emission targets, creating 20 million green jobs, and assembling a $40 billion Climate Justice Resiliency Fund to tackle climate change in low-income communities. The Vermont Senator confessed that parts of the transition in his plan would be painful for the economy but inaction would be far more unrealistic.

Senator Elizabeth Warren has made herself known for her detailed policy plans. Her $3 trillion climate change proposal does not fail in its ambition to eliminate planet-warming emissions from buildings, vehicles, and power plants. The Senator’s plan adopted many ideas from that of Governor Jay Inslee, who focused much of his presidential campaign on combating climate change before dropping out last month. During her segment, Warren warned her fellow Democrats that focusing on red meat consumption and paper versus plastic are the types of debates that the fossil fuel industry wants Americans focused on.

Mayor Pete Buttigieg claimed that Trump is in a different reality from the rest of us and would be remembered in 100 years for failing to combat climate change. Buttigieg is not the only candidate to put a price on carbon, but his plan is unique in that the price would increase each year with the revenue going back to Americans as a rebate. The mayor of South Bend, Indiana called on Americans to view the climate crisis from a religious lens stating, “If you believe that God is watching as poison is being belched into the air of creation, and people are being harmed by it, countries are at risk in low lying areas, what do you suppose God thinks of that?”

Former Congressman Beto O’Rourke stated that if elected, he would use federal dollars to help people move out of flood prone areas, a prominent issue in his home state of Texas. His $5 trillion plan released in April would mobilize spending on environmental disaster mitigation, end tax subsidies for fossil fuel companies, and award grants for sustainable living. O’Rourke’s proposal does not specify the type of carbon pricing he would pursue, but a question from a New York University student allowed him to make clear his preference for cap-and-trade over a straight tax on carbon. “It’s the best way to send the pricing signal to ensure that there is a legally enforceable limit,” said O’Rourke.

Senator Cory Booker took to the stage six-and-a-half hours into the climate town hall with a warning that climate change is not just a line item on a list of policy ideas, but “the lens through which we must do everything.” Nuclear energy proved to be a divisive topic of the night and Booker made sure to plant himself on one polar end of it. The Senator from New Jersey argued that candidates who felt America could reach net-zero carbon without nuclear energy were not looking at the facts. Booker’s $3 trillion plan would ban fracking, revoke the executive order approving the Keystone Pipeline and the Dakota Access Pipeline, and require every department and federal agency to have a climate plan.

Over the past two years, a series of scientific reports have solidified that we are at a tipping point on the climate crisis. Studies have overwhelmly concluded that the actions taken over the coming years will be pivotal in determining the climate of our world over the next century. Although it is safe to say that all of the Democratic candidates have a plan to reach carbon neutrality by 2050, it is important that minorities and low-income communities pay special attention to the plans that address environmental racism and injustice. It is a fact that all over the world, those that contribute the least to climate change are feeling its repercussions the most. The 2020 election will be a defining moment for the climate crisis and will have a centuries-long impact.

The CNN town hall on the climate crisis was a result of aggressive campaigning by youth groups such as the Sunrise Movement. To learn how you can get involved, go to www.sunrisemovement.org/volunteer.

Advertisement. Scroll to continue reading.
In this article:Neema Mungai 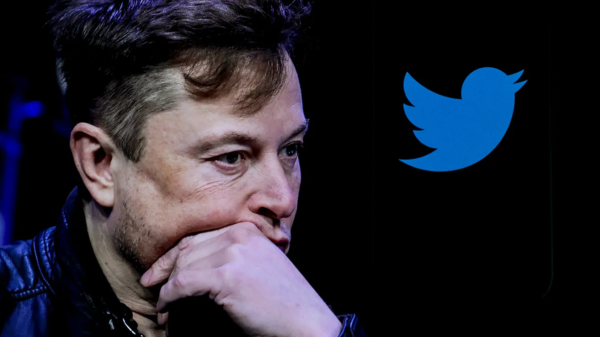