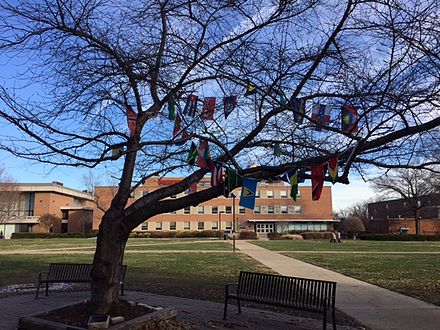 Hurricane Dorian hit the shores of the Grand Bahama Island over the weekend with winds of over 200 mph, while moving at 1 mph across the island. At a category 5, this storm has caused massive amounts of damage.

After over 41 grueling hours, the death toll in the Bahamas has reached a total of 20. Currently, the storm has moved to the coast of east Florida bringing heavy wind and rain. The storm has lessened to a category 3, but it is expected to make landfall in South Carolina by late Thursday and come with 115 mph winds, according to CBS News. Beaufort County, SC, has set a curfew from 10 p.m. to 6 a.m.

“The track is close to and almost parallel to the coast of the southeastern United States, and any deviation to the left of the track could bring the center onshore anywhere in the Carolinas,” stated the National Hurricane Center.

There are various ways to donate to help people impacted in the Bahamas. According to The New York Times, the Red Cross has over 150 volunteers on the ground providing medical assistance, food, and water. Global Living, World Central Kitchen, Head-Knowles and the Grand Bahama Disaster Relief Foundation are other organizations providing the necessary help and resources.

Donations and assistance are being collected on the Howard University campus in an effort to support the university’s large amount of students with connections to the Caribbean.

The Howard University Caribbean Students Association and The Office of the Dean of the Chapel will host a prayer vigil and strategy meeting on Friday, Sept. 6 from noon to 2:30 p.m. at the flagpole on the Yard for the benefit of those affected directly and indirectly by Hurricane Dorian.