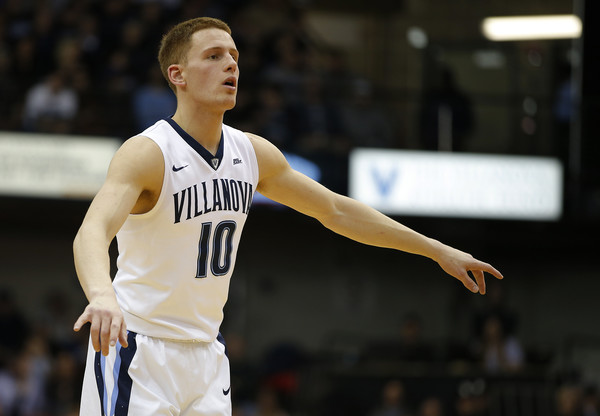 On Monday, Villanova cemented its place in college basketball history with a win over Michigan in the NCAA Championship Game. Villanova won by a score of 79-62, defeating each tournament opponent by double digits with their closest margin of victory being 12.

The Wildcats were led by Donte Divincenzo. Before setting the record for the most points in an NCAA Championship game scored off the bench with 31 points, the Villanova guard was nicknamed the Michael Jordan of Delaware.

Divincenzo, who is white, was a popular Villanova fan favorite all year. After his heroic performance in the championship game some of Divincenzo’s most incendiary tweets resurfaced with some including the use of the N-word.

One such tweet read, “balling on the niggas like i’m Derrick Rose.” Another tweet read, “f** you tweet this,” in response to a tweet by a friend exclaiming how much they enjoy the game fruit ninja. Immediately after Villanova gave a statement claiming none of the tweets that had been reported could be attributed to Divincenzo. Villanova later retracted that statement and Divincenzo’s Twitter account was deleted.

Divincenzo responded saying he remembered having the Twitter account and acknowledged that it was seen but denied ever sending the racially or otherwise insensitive messages that were put onto the account. There has been no further comment by either Divincenzo or by Villanova and it has yet to be seen if Divincenzo will be disciplined either by his school or by the NCAA. Divincenzo’s past seems to have caught up with him and soured his greatest professional achievement to date.