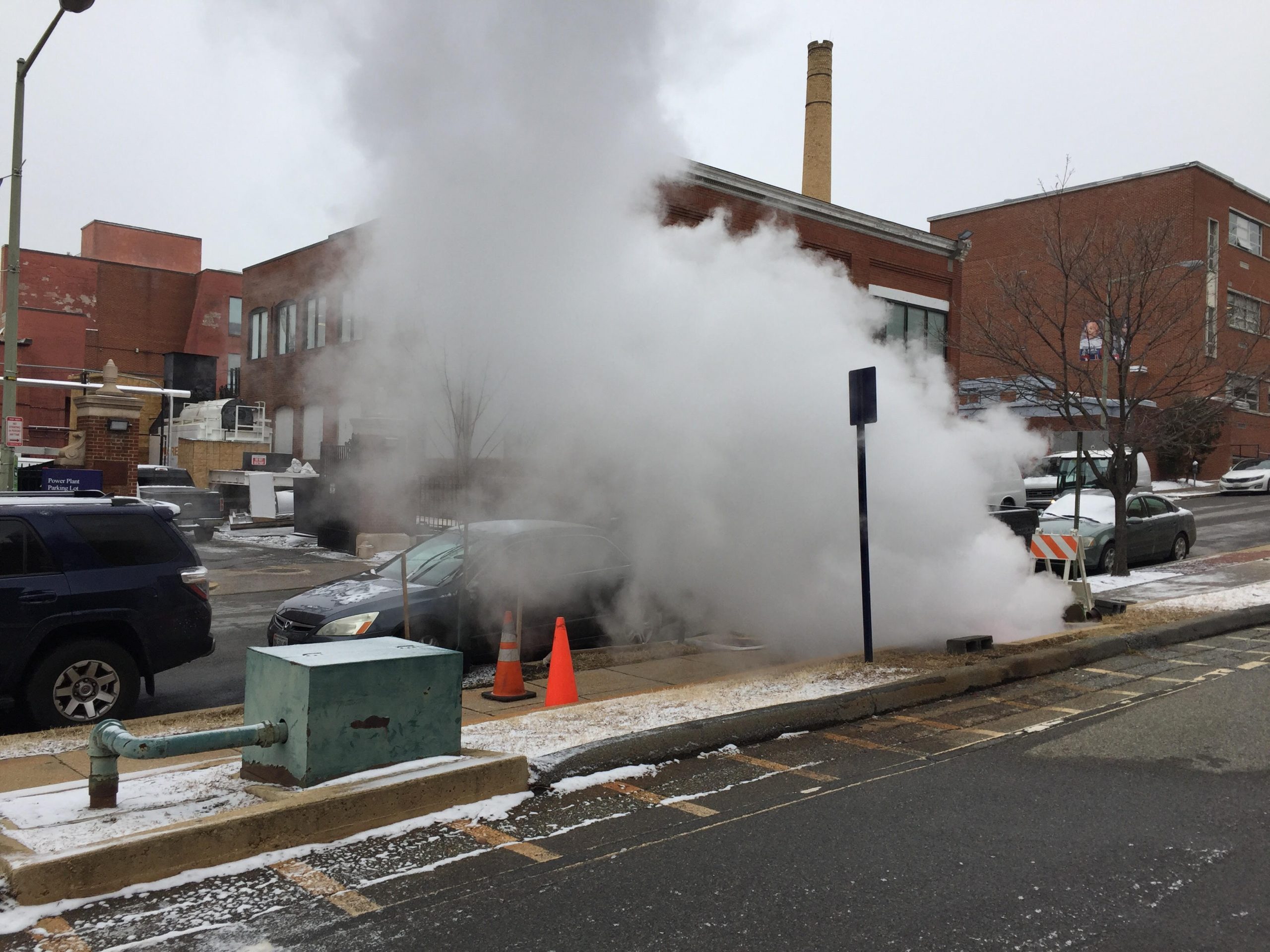 Howard University Stricken With Damages; A Test of Resilience

Extreme weather conditions during the winter break crippled Howard University’s facilities, leading to an unprecedented postponement of undergraduate and graduate courses for more than a week and the complete shut down of widely used buildings damaged by burst pipes and collapsed ceilings. The brutal cold snap that struck the Washington area in early January seemed to hit Howard the hardest, resulting in millions of dollars in damage and loss of heat in most buildings across the campus – creating the first major crisis for President Frederick’s new leadership team.

The university scrambled to relocate hundreds of classrooms and faculty offices from the damaged buildings. When classes resumed Jan. 16,  eight days late, there were still widespread heating issues and leaking pipes, as students and staffs tried to adjust to the constantly changing situation and a delay in processing financial aid. Despite the delay, Commencement and Spring Break dates are unchanged, with the original Spring calendar still in place except a shortened reading period.

The days leading up to the major decision to postpone classes were marked by extensive correspondence from university officials. On Jan. 3, an email from Vice President of Student Affairs Kenneth Holmes was sent to students regarding repairs to on-campus residence halls.

“In order to ensure that student residents return to comfortable, heated residence halls, we are asking all students to delay their arrival to campus until noon or later, Sun. Jan. 7,” Holmes said in the email. “Please be advised that temperatures in the residence halls will be cold through the weekend until the necessary repairs have been completed.”

Chapel services were also cancelled and Spring Orientation postponed. Students who arrived back on campus prior to Jan. 7 were offered provisions to stay in other unimpacted residence halls that included: Howard Plaza Towers West, College Hall South and College Hall North. According to Howard University’s Office of Communications, 300 students were already in residence halls that had been impacted that weekend.

“That was the only weekend that I was able to return. I had to endure almost a full week of no hot water and heat,” said freshman, international business major, Gianni Goss.

On the evening of Jan. 6, following Holmes’ announcement, an email was sent from the Office of the Provost notifying the Howard University campus community that record cold temperatures, resulting in power outages and ruptured pipes had caused significant damage to buildings on campus including Annex I, Annex II, Douglass Hall and the Fine Arts building. The significance of the damage caused postponement of both Undergraduate and Graduate courses until Tuesday, Jan. 16.

In the midst of the extreme weather conditions over the holiday break, IBM and Enterprise Technology Services had began their work of migrating 97% of Howard University buildings to a new technology core. The transfer resulted in connectivity issues and limited to no access to BisonWeb.

Many students were flustered with the myriad of issues, taking to Twitter using the hashtag #HowardHaze to vent their frustrations about the news of extensive damage and the looming issues that coincided with that, including financial aid disbursement, access to BisonWeb and registration for Spring semester courses. As a result of connectivity issues with BisonWeb over the course of the break, registration for classes was extended until Friday, Jan. 26.

Howard University freshman, Marino Julian Goldstein, a founding member of the committee of HU Concerned Students, held a meeting in the Annex Cafe on Jan. 10 about grievances related to the matters surrounding campus and later issued a list of demands on Twitter to be met by the university.

Goldstein stood on the chairs of the Annex cafe questioning to the 30 or so students eating, “How many of you have felt played by Howard University?” He was met with a fair share of hands before proceeding to share his list of demands and propositions for the university.

“My frustrations stemmed from personal grievances with financial aid compounded with feeling that there was a consensus on campus that there was not a culture of care and priority for student issues,” he stated.

Following the cry of concerns from both students and alum alike, Howard University’s executive leadership held a series of town hall meetings with students, faculty and Howard University employees to provide next steps and updates. Frederick also held a conference call with alumni.

The crisis posed a major test for Frederick’s leadership team, most of whom are still relatively new to campus. Executive Vice President and Chief Operating Office Tashni-Ann Dubroy started in the fall; Vice Presidents Crystal Brown (Communications) and David Bennett (Development and Alumni Relations) and Chief of Staff Paul Montiero all have been there about a year or less.

Here are the latest updates: