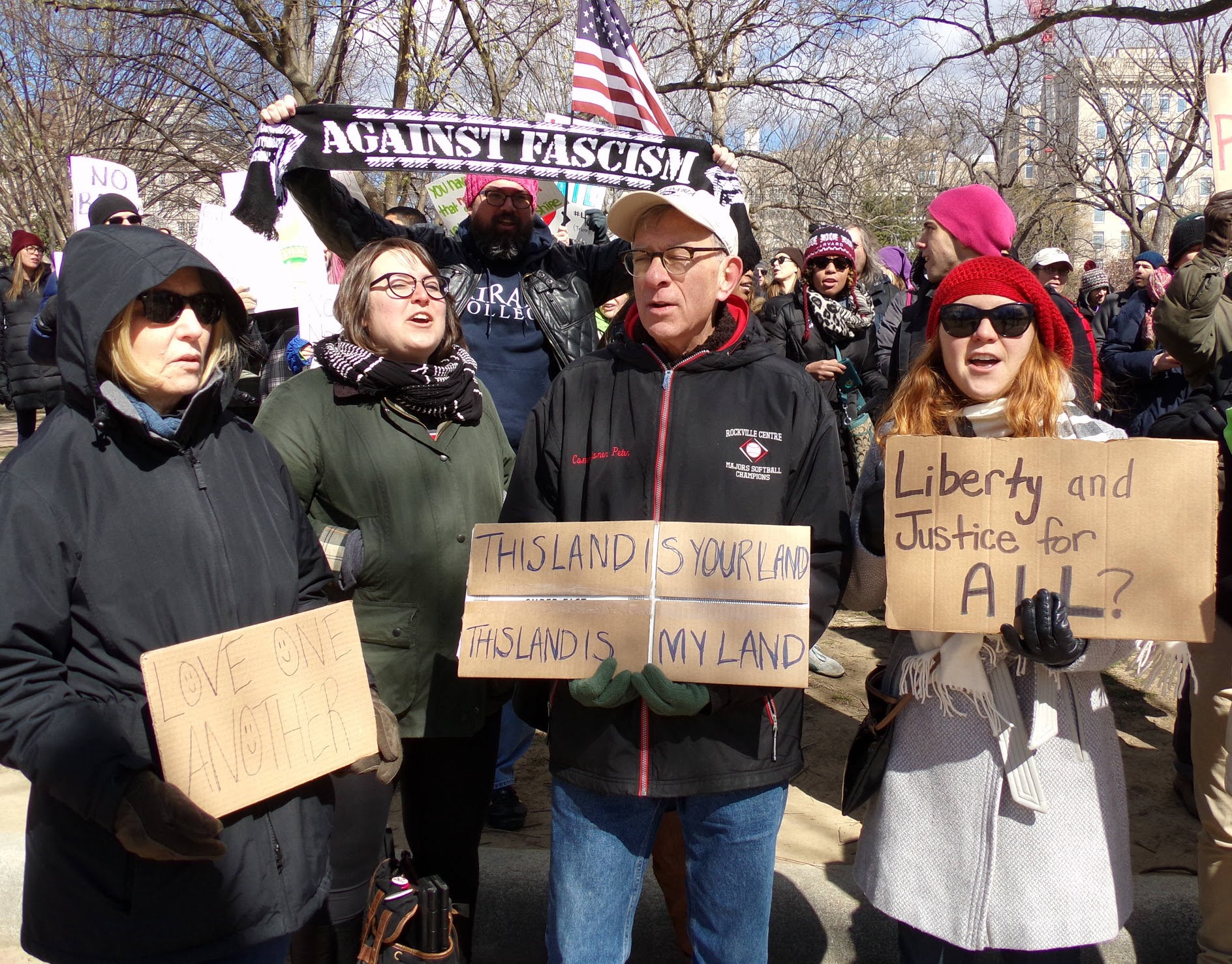 Several protesters from different walks of life attended a demonstration held in front of the White House to condemn President Donald Trump’s Executive Order on immigration, which bans citizens of six Muslim-majority countries from entering the United States on Saturday, March 11.

The protesters held signs with messages that criticized the president’s executive order and the overall factors of the administration with continuous chants of “Love, not hate. That’s what makes America great,” “No hate, no fear, refugees/immigrants are welcome here,” “This land is your land. This land is my land,” and much more.

“The goal of this protest is to have everybody express themselves as much as they can and have them express their concern over the travel ban that the president imposed,” said Romeo von Hermann, a Somali native and both founder and president of Direct Democracy International, an intergovernmental non-profit organization with the mission of advocating for democracy.

Hermann said that his organization is hoping to make some changes for future rallies, including the subject, depending on what is going with the administration and also hopes that more people will take part in future protests.

When asked about his reaction over the travel ban, Hermann said, “Those specific countries [Muslim-majority] were targeted based on security issues the United States has with those countries and I do understand the concerns. However, the U.S. needs to make sure that it does not block visitors who are trying to have a good time and we hope that the president reverses his decision.”

Among the protesters, Elizabeth Cortez, a Georgetown University student of Mexican descent, was among them. Cortez said she learned about the protest from one of her alternative spring break group leaders, who happens to be Muslim, and wanted to support.

“At Georgetown University, there are different alternative spring break programs and the one that I’m on is about immigration. This whole week we have been going to different places and learning from leaders and activists. We also met with the congressman and lobbyist group to learn about the push and pull factor of immigration and the current refugee crisis.”

The protest was not just to denounce the president’s executive order, but also to inform and teach people about Islam and that it is a religion of peace.

Hibbi Iqbal, a volunteer in Virginia’s Ahmadiyya Muslim Community, expressed that extremism does not only exist in Islam, but every religion and said that people should not associate extremism with Islam.

“President Trump is our president and we may have to follow what the chain of command is,” said Iqbal. “But at the same time, we will make sure that we will go out on the streets and spread the message of what Islam is all about and how it is a peaceful religion. We are trying to unveil the moderate side of Islam.”