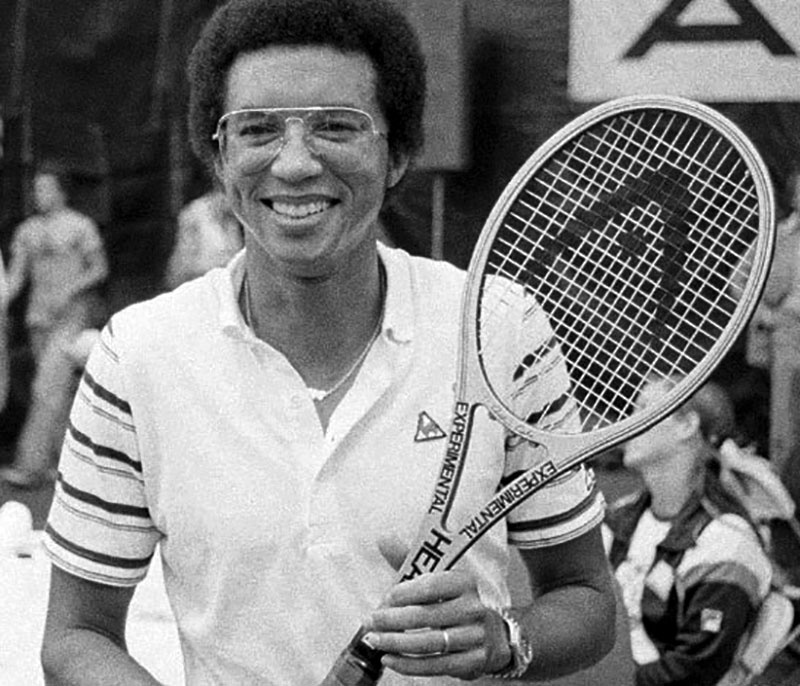 Arthur Ashe, the first African-American to win the men’s tennis singles at Wimbledon and the United States Open, and to be ranked number one in the world, set the stage for African-Americans to compete in the sport of tennis.

The Richmond, Virginia native was born on July 10, 1943. He is the eldest of two and by far the most driven, taking the initiative to learn to read from his mother by the age of four. Both parents, Arthur Ashe Sr. And Mattie Cunningham, held a tight leash at home.

At age 7, after his mother’s death, Arthur picked up a racquet for the first time. Continuing with the game, he gained interest from Dr. Robert Walter Johnson Jr., an active tennis coach in the black tennis community in Lynchburg, Virginia. Johnson took him under his wing, and therefore Ashe took advantage.

Ashe reached the junior national championships in his first tennis tournament. Coming to the conclusion that he could be great in the game, he moved to St. Louis to work with another coach who helped lead him to win the junior national title in 1960 and 1961. He moved up the rankings to fifth in the country and accepted a scholarship to the University of California, Los Angeles. He received his degree in business administration.

In 1963, Ashe was the first African American to be recruited by the United States Davis Cup team. Pancho Gonzales, Ashe’s tennis idol, gained interest in Ashe’s game, and further helped him improve his skills.

Ashe shocked the entire world when he won the 1968 U.S. Open title, becoming the first African American male player to do so. Two years later, in 1970, he took the Australian Open title.

Ashe took home the 1975 Wimbledon trophy after defeating Jimmy Connors, breaking a third barrier for African Americans in tennis. That same year, he became the number one player in the world. Ten years later, he was the first African American male to be inducted into the International Tennis Hall of Fame.

Ashe was not only a tennis legend, but also a political activist who aimed to keep people aware of AIDs. After suffering a heart attack, he retired from the game in 1979. Ashe dealt with health issues for over 14 years of his life, but continued to raise awareness in the country, serving as the national campaign chairman of the American Heart Association, delivering a speech at the United Nations, starting a new foundation and laying the groundwork for a $5 million fundraising campaign for the institution.

Ashe brought upon opportunity for the upcoming Black community in the sport of tennis beside Althea Gibson. He did not relish in his uniqueness of being a Black star; he took advantage of it and continued to humbly become successful.

Ashe died on Feb. 6, 1993, after suffering from pneumonia, a complication from AIDS. He died the only African-American man to win Wimbledon and in the U.S. and Australian Opens.