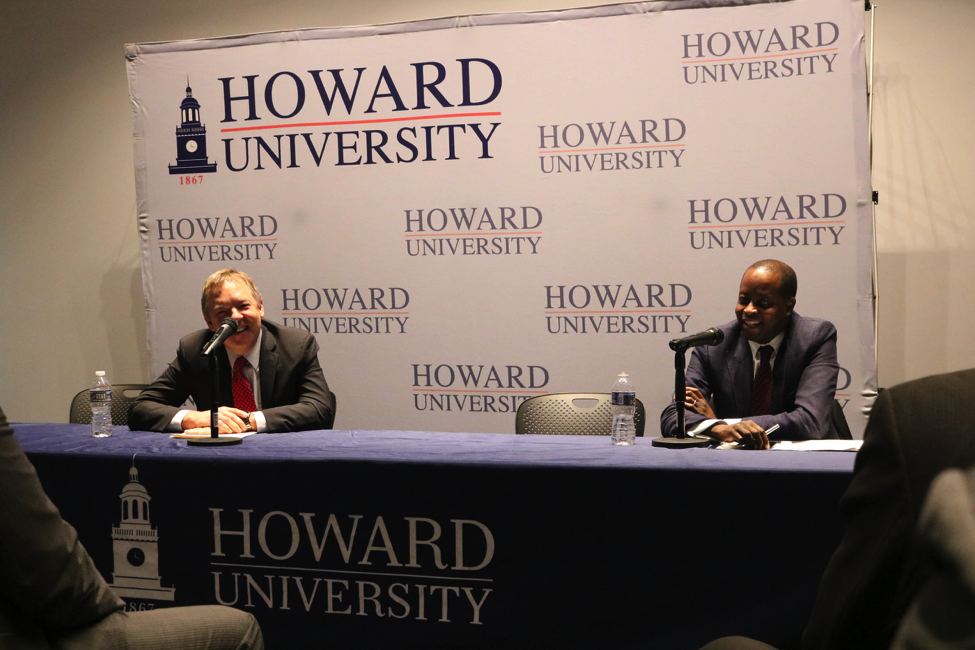 The partnership, in which Corvias raised $144 million in investments for the project, will result in the renovation of the East and West Towers of Howard Plaza Towers and new management for Charles R. Drew Hall and George W. Cook Hall. Frederick also confirmed rumors that the university is also considering the closing of Slowe Hall.

“We really intend to create an academic environment that matches the ambitions of our students,” said Frederick. “This partnership is an innovative solution to leveraging our assets while improving the facilities for students so they are competitive in the higher education marketplace.”

Renovations have already been underway and will take place in two stages. The first being the complete shut down and renovation of the West Towers for one year, in which has currently been closed since fall 2016, and is scheduled to be complete by August 2017. After the completion and reopening of West Towers, East Towers will then be closed down for renovation during the upcoming 2017-2018 academic year with an estimated completion by August 2018.

“We’re extremely proud to be able to play a small role in making a difference in students here at Howard University,” Wilson said.

This is the first time both residence halls will be undergoing such major construction since their opening in 1989. Preview images of the new spaces include an exercise room with treadmills and ellipticals, modern kitchen spaces with flat top stoves and built in microwaves as well as social and learning spaces.

According to Howard officials, through the partnership Corvias will assume the role of all matters regarding residence life, management and maintenance for the four dormitories and will work to enhance “live, learn and gather spaces for students.” Officials also estimate that Howard will receive $528 million in financial return from the project, half which will be dedicated to a building reserve fund. All of the excess cash funds will be used for the University’s disposal.

When asked about the identity of the institutional investors who funded the project, Wilson said, “It is a private placement so there is some restrictions on how that can be shared.”

Howard will still have full-decision making power over the project and ownership of the dormitories. Furthermore, the project will be committed to working with local and small businesses along with Minority Business Enterprise (MBE) firms. To retain the cost of rent for students, a management review committee will be in place.

This recent partnership highlights one of the recent major shifts in housing arrangements for students who live on-campus. In the past few years, students have witnessed the closing of both Carver Hall and Meridian Hill Hall. Meridian notably was closed shortly after a fire occurred on the fourth floor of the dormitory in the spring of 2014 and is currently being leased for the next 99 years to Jair Lynch Real Estate Partners who intend to convert the space into luxury apartments. Students also saw the introduction of the more modern dorms known as College Hall North and College Hall South in 2014. Dormitories such as the Harriet Tubman Quadrangle, originally built in 1956, is also under consideration for renovations and improvement.