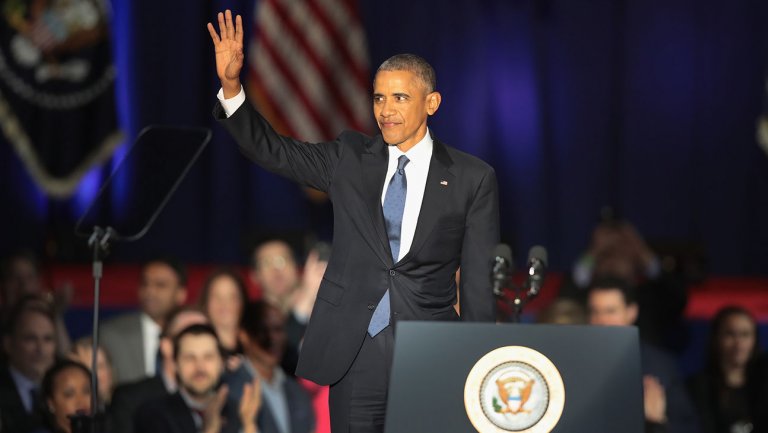 President Barack Obama gave his farewell address in a familiar environment last Tuesday, Jan. 10, in his hometown of Chicago, Ill., which produced the first African-American president in American history.

He then adamantly reminded the country that while its progress may run less than smoothly at times, it is that very undulation that forms a thriving nation.

Reflecting on his tenure in office, Obama said, “If I told you eight years ago, that America would reverse the recession, turn a new leaf with Cuba, capture those parties responsible for 9/11 and shut down Korean nuclear weapons production without a single gunshot fire, many said we have set our sights a bit too high, but that’s what we did. We were the change, and now we are stronger as a nation.”

Obama went on to emphasize the crucial nature of solidarity, suggesting that as a nation, America is stronger together than apart. He stressed the need to find a new social compound to secure the success of tomorrow to ensure opportunity for all, as division throws a wrench in the probability of a successful America.

Obama continued and urged all in the audience to accept the responsibility as U.S. citizens, noting that while the constitution is a beautiful gift to our nation, it is simply parchment and thus it is powerless without the participation of its citizens because citizen-participation constitutes the framework of our Democracy.

In his closing statements, Obama reiterated the importance of faith as a people, for according to him, it was faith that made history in 2008, it was this faith that re-elected him in 2012, and it will be this faith which will see us through any obstacle we encounter in the upcoming years, he said.

“My fellow Americans, it has been the honor of my life to serve you,” Obama concluded. “I won’t stop. In fact, I will be right there with you, as a citizen, for all my remaining days. But for now, whether you are young or whether you’re young at heart, I do have one final ask of you as your President — the same thing I asked when you took a chance on me eight years ago. I’m asking you to believe. Not in my ability to bring about change — but in yours.”

“I am asking you to hold fast to that faith written into our founding documents; that idea whispered by slaves and abolitionists; that spirit sung by immigrants and homesteaders and those who marched for justice; that creed reaffirmed by those who planted flags from foreign battlefields to the surface of the moon; a creed at the core of every American whose story is not yet written: Yes, we can. Yes, we did. Yes, we can. Thank you. God bless you. May God continue to bless the United States of America.”