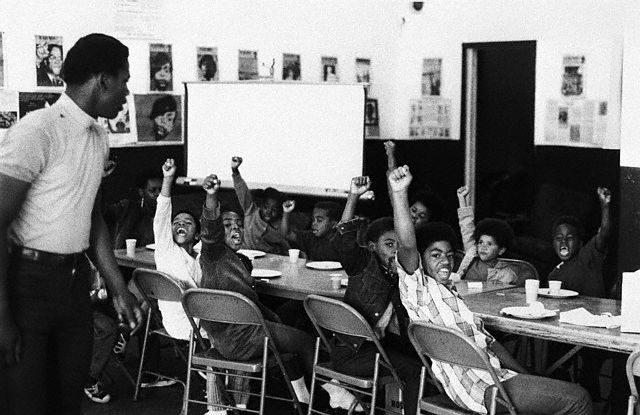 The Time is Always Now: Black Academics and the Critical Need to Challenge Donald Trump

Black academics have been key influencers in challenging and addressing social injustices. This should not change under the Trump administration.

In 1927, Sadie Tanner Mossell Alexander became the first Black woman to receive a doctoral degree in economics in the United States, and the first Black woman to graduate with a law degree from the University of Pennsylvania Law School. Reflecting on the discrimination and racism she endured while obtaining her degrees, Alexander said, “I never looked for anyone to hold the door open for me. I knew well that the only way I could get that door open was to knock it down; because I knocked all of them down.”

Thirty-two years prior, W.E.B. DuBois would be the first Black American to receive a PhD from Harvard University in 1895. On July 25, 1900, DuBois would deliver his prolific address “To the Nations of the World” as a closing speech at the first Pan African Conference in London, England. His remarks would catalyze an array of literature and analyses on his notable concept of the ‘color-line’, which would call into question the conceptualization of race and its implications — not only in the domesticated, United States context, but to humanity as a whole:

“The problem of the twentieth century is the problem of the color-line, the question as to how far differences of race–which show themselves chiefly in the color of the skin and the texture of the hair–will hereafter be made the basis of denying to over half the world the right of sharing to utmost ability the opportunities and privileges of modern civilization.”

While DuBois references the ‘color-line’ as “the problem of the twentieth century,” certainly in his fortuitousness, he knew race would present itself as a dilemma in the twenty-first century and the centuries to come. And the notions of the ‘color-line’ have certainly manifested in the rise of president-elect Donald Trump; as his racist, misogynistic, and xenophobic rhetoric has further propelled racial, ethnic and religious disenfranchisement. In the course of his campaign and the ascendancy into his presidency, with the rise of Neo-Nazism under the coded misnomer of the ‘alt-right’ and the white-washed choices for his cabinet appointments, Trump has made it quite clear what line he is toeing — and it is certainly not a pigmented, melanated one — but it is chiefly, red, white, and star-spangled, with a Southern cross canton, forming an “X.”

However, with the end of dog-whistle politics and in an era of blatant, racially-charged rhetoric, the need for Black academics to challenge Trump and his administration in their scholarship is imperative now more than ever. While Black academic scholarship is not a monolith, the legacy of Black educators challenging socio-political and economic injustices has been a critical tool in addressing, understanding, and bringing awareness to the historical and contemporary dehumanization of the Black community, and other communities that are advanced in their marginalization. Although Black educators are in pivotal positions to confront the political idealism of Trump (which could ultimately manifest into political realities) many are in a compromising capacities; where their scholarship and voices are quelled, in wake of educational suppression, much due to the conservative and racially charged higher education sectors in which they work.

With this, the question that offers to be asked is: Will the rise of Trump affect the legacy of Black academic scholarship?

A 2015 article by Dr. Adia Harvey Wingfield for The Atlantic titled “The Plight of The Black Academic” addressed such racial tensions that Black scholars face in higher education. As Wingfield references in her piece, like DuBois, many Black academics have been physically ousted from the academy and also, philosophically; as their work and ideas were thwarted due to segregation and discrimination. While DuBois is now recognized as one of the most prominent and pioneering Black scholars of his time, despite his Harvard education, he too, experienced the lack of agency in asserting his academic autonomy — specifically, in predominantly white spaces —  which is an experience that Black scholars still endure today. According to Wingfield, “Blacks constitute less than 10 percent of the professoriate, and these numbers thin out the higher the academic rank.”

Moreover, a recent article in The Root, “Black Professors Speak Out After Trump Victory About the Routine Racism of Academia” by Dr. Andre Perry, showcased the concerns of Black scholars during a conference session entitled “Making Black Lives Matter in Higher Education in Challenging Times: A Conversation for, by and About Black Faculty, Graduate Students and Staff-Administrators” which was held in Columbus, Ohio. Held a day after the election, during the session, which was a part of the 41st annual Conference of the Association for the Study of Higher Education, a black professor shared her experience on working in a predominantly white, educational space stating, “I’ve had my Donald Trump’s right in the meetings.” Providing information from The Journal of Blacks in Higher Education, the article detailed that “of the 26 high-ranking universities that responded to our survey this year, blacks made up more than 5 percent of the total full-time faculty at only five institutions. Emory University in Atlanta has the highest percentage of black faculty at 6.8 percent.”

With Black professors predominantly occupying placements at historically Black colleges and universities — and according to The Washington Post, “96 percent of black tenured faculty are at HBCUs” — for those in these specific capacities, there may be more liberal wiggle room at their institutions to challenge Trump and his political tyranny. However, with the emergence of websites such as Professor Watchlist, launched by the conservative non-profit, Turning Point USA in November whose mission is to “expose and document college professors who discriminate against conservative students, promote anti-American values, and advance leftist propaganda in the classroom,” for Black academics, both in safe and non-safe spaces, “Big Brother” conservatives are watching. This could prove to be a challenge for how they center their socio-political and academic views. Here, the cognitive dissonance of having to choose between unabashedly proclaiming one’s academic and political principles or maintaining one’s professional livelihood is a sobering reality some Black academics have to face.

However, for Black scholars like Dr. Pearl K. Dowe, an associate professor at the University of Arkansas, while working in the academy — especially in majority-white schools — may have its challenges, Dowe believes now is not the time for Black academics to be apprehensive about articulating their socio-political consciousness in the classroom and beyond.

“I was educated at historically black colleges and I have worked at them and now, I work at a Southern, predominantly white institution. The means in which I navigate is very different,” Dowe said.

“I, like many other Black scholars at white institutions, have learned to fully embrace who we are and that means not just our scholarship, but the things that shape our worldview,” she said.

“It is not anything unusual to see me on a given day with a Howard or Savannah State t-shirt or carrying a Delta Sigma Theta bag to my class. My students and colleagues know who I am and what I stand for,” Dowe continued.

“That within itself is my personal act of resistance.”

While Dowe acknowledges the climate Trump’s election has ushered in will have an impact on Black academia and the scholarship, she believes there needs to be concrete, solidarity efforts between Black, non-Black and white-allied scholars to combat the educational fascism that will increase under the Trump administration.

“We are heading in a direction where there will be greater scrutiny about our scholarship and teaching. This is not the time for faculty to hide but continue to do the work of exposing inequality and equipping our students to be critical,” Dowe said.

“It is important for us to work with Latino and Asian faculty and others who are often small in number and marginalized to organize and engage with other faculty and administrators to [not only] state concerns, but also to develop strategies on how to handle class room disruptions and cyber-stalking such as watch lists and other aggressions,” she continued.

“This cannot be done in silos; coalition work has to happen to secure our positions on our campuses.”

In her piece, “On The Persistence of White Supremacy”, Dr. Crystal M. Fleming writes a powerful and poignant call-to-action for Black scholars to continue to use their positions, voices and work to combat Trump and social injustices which pervade society-at-large:

“We are in an era when it is more urgent than ever for black academics to deepen our understanding of historical patterns, to foster what I refer to in my work as ‘racial temporality’—a capacity for making links between the racial past and present. We must also acknowledge our disciplines’ complicity in reproducing the enduring domination of elite, white men. We must help our students (and, yes, our colleagues and fellow citizens) recognize white supremacy—the socio-political dominance of people socially defined as white—in our institutions, neighborhoods, communities and everyday socialization. It is not merely in the explicit hatred of the Ku Klux Klan (KKK), white nationalist thugs, or the president-elect’s rhetoric.”

Following in the same ethos as Fleming, the rise of Trump will only affect Black academic scholarship if Black academics allow him or his followers to do so. As Fleming so eloquently puts, there is no room for “cowardice or careerism in the face of rising fascism and overt violence against a wide range of minorities.” With this, it is time for Black scholars to assert our academic and political agency — a right which our ancestors fought and died for us to have; a freedom that they unfortunately, in their time, were not afforded to revel in. Returning to the blueprints of Black scholarship, it is time to unify and continue the academic legacy of our Black predecessors, who catalyzed the path to understanding the systemic inequities and oppression which disenfranchised groups face. For Black academics, it is time to rise for the late Dr. Frances Cress-Welsing; for Dr. Fanny Jackson Coppin; for Dr. Ronald Walters; for Dr. Manning Marable; for Dr. Georgiana R. Simpson; for Dr. Sadie Tanner Mossell Alexander; and for Dr. W.E.B. DuBois.

Following in the same vein of Howard University’s mantra for its 150th anniversary “The Time Is Always Now”, the time is always now to rise to the occasion and knock down the doors of bigotry; not just for ourselves, but for the generations to come, so they too can see that Black academics did not remain silent and complicit, during an era of explicit hate and violence.