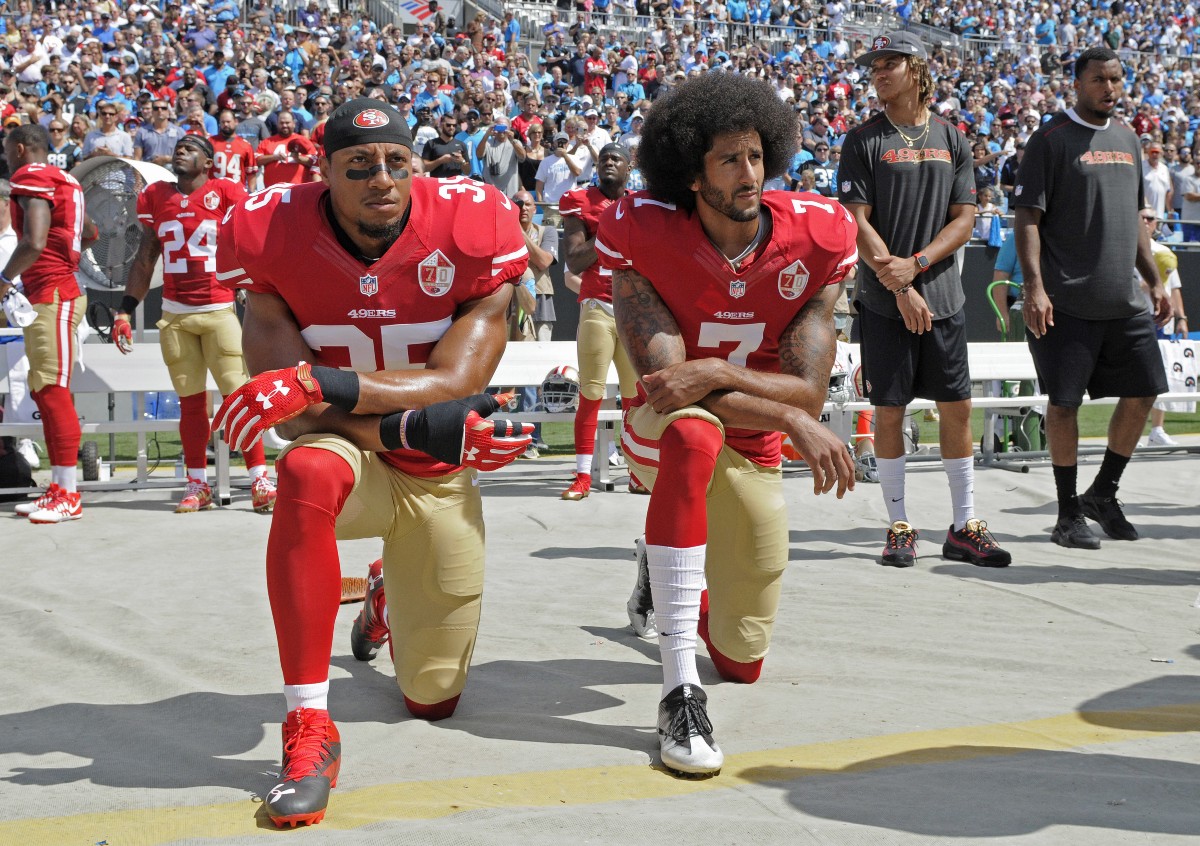 COLUMN — Be the Change You Want to See: Race Relations in Sports

As the Election season has come to a close, one of the major issues at hand for the next president to face is racial tension in America. Over the years, African-Americans have protested, demanded reform within government and gained “equal rights.” Many of those rights, men and women of color were beaten, arrested and killed for.

However, today, those rights are supposed to belong and apply to the Black community as they do to Whites, but they don’t. As of September, over 190 persons of color were shot and killed by police in 2016. In lieu of the justice system failing Black people throughout the years, some professional athletes have chosen to use their platforms to speak out against the ills of the American justice system.

In July, Knicks star Carmelo Anthony urged professional athletes to take a stand against injustice in an Instagram post.

“There’s NO more sitting back and being afraid of talking and addressing political issues anymore,” Anthony wrote. “Those days are long gone. We have to step up and take charge… I need your voices to be heard. We can demand change.”

“Not seeing the value of black and brown bodies has to stop, but also, the retaliation has to stop,” Wade said. “Now as athletes it’s on us to challenge each other to do even more than we already do in our cow communities. The conversation cannot stop as our schedules get busy again. It won’t always be convenient, it won’t. It won’t always be comfortable but it is necessary.”

“They set a model for what athletes should stand for,” Paul said. “So we choose to stand in their footsteps.”

As the ESPY awards have passed, the notion for athletes to take a stand against injustice still stands. Some athletes have chosen to fight for justice in the public eye.

One of those athletes is San Francisco 49er quarterback Colin Kaepernick. During the singing of the National Anthem at the team’s Aug. 26 preseason game against the Green Bay Packers, Kaepernick refused to stand, and knelt instead. He told the NFL.com that he was “not going to stand up to show pride in a flag for a country that oppresses black people and people of color.

In recent NBA games, several teams and players have locked arms or embraced each other opposed to singing the anthem and standing for the pledge to the flag.

Despite the efforts of professional athletes to take a stand against injustice, more Black bodies were shot and killed at the hands of a police officer.

There is more to this election than America possibly having its first woman president. It is more than a man with no political experience becoming president.