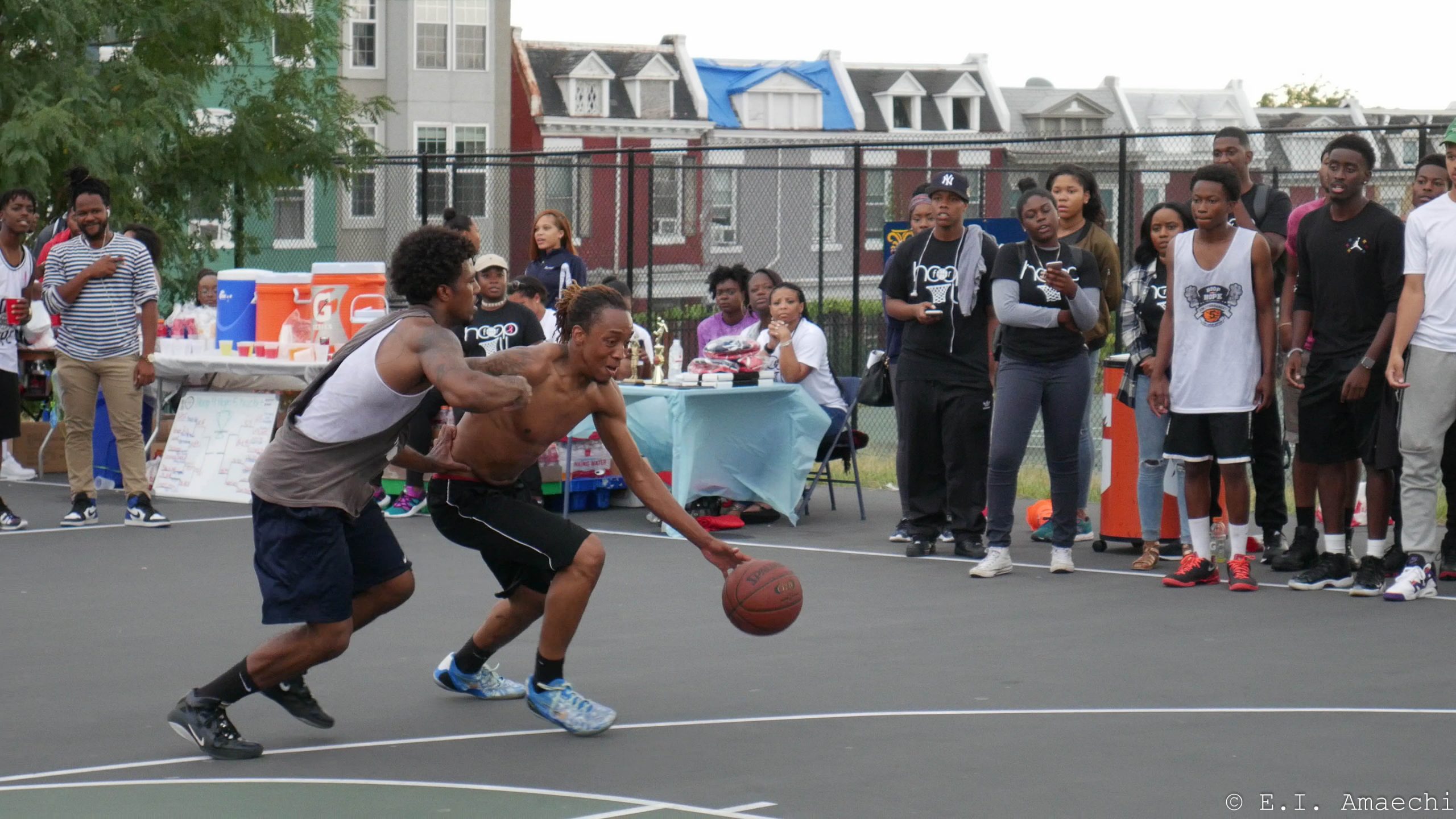 Ball is Life: Another Great Hoop for Hope in Shaw/Petworth Community

The 2016 Hoop for Hope basketball tournament at the Bruce Monroe Community Park Saturday, Sept. 24, brought Howard University and the Shaw/Petworth neighborhood together through their love of basketball and a righteous cause: Lung cancer awareness.

With dunk contests, workout sessions, vendors, cyphers, raffles, donations and more, Hoop for Hope gave a hands-on experience to attendees in how to reduce risk and become educated about lung cancer diseases. The event’s success relied largely on donations, which went towards providing treatment for cancer patients. This year’s tournament raised more than $1,300.

Founders and Howard alumni Kiera “K.B.” Thomas and Ayokunle (Ayo) Amoo established Hoop for Hope during their sophomore year in 2012.

Amoo claims that the lack of camaraderie among Howard students and the District of Columbia community prompted the idea behind Hoop for Hope.

“It is a huge opportunity to impact people and bridge the gap between college and city to learn about awareness and health to prevent cancer,” he said.

The Center for Disease Control and Prevention reports that cancer is of the leading causes of death in the United States and that D.C. falls in the second highest cancer incidence bracket. Hoop for Hope was launched to encourage awareness of the issue, as it is especially prevalent in Black communities.

A number of students expressed gratitude for the unique experience and chance to serve their community.

“I would like to give thanks to Ayo and KB for giving me an opportunity that I enjoyed volunteering for,” said sophomore Isaiah Parkes. “I think everybody that attended enjoyed themselves while [receiving cancer education].”

Sophomore Ruth Adewale, a volunteer, saw the day as not just a basketball tournament, but rather a real gift to D.C.’s underserved areas.

“Hoop for Hope impacted the community by bringing people together and educating them on the importance of cancer and how it affects our community,” said Ruth. “I can envision the potential of this event.”

According to Thomas and Amoo, look out to next year’s Hoop for Hope, which will be focused on childhood cancer treatment funding and awareness.