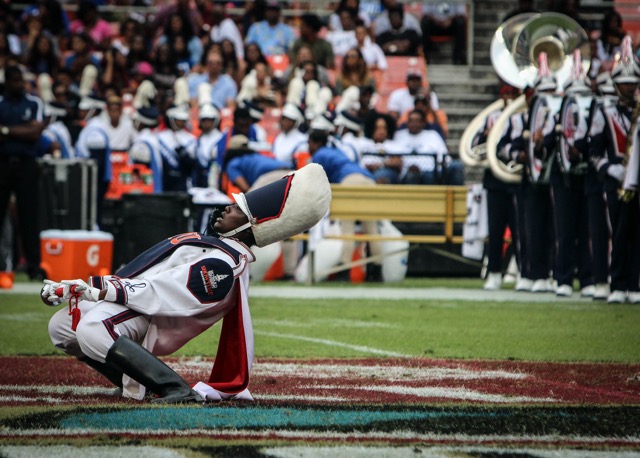 It was the Battle of the Real HU. The’s 2016 AT&T Nation’s Classic was one for the books. It’s the second year the Howard Bison faced off against the Hampton Pirates for the Classic’s title.

This year’s game can be defined as déjà vu. The Hampton Pirates defeated the Howard Bison with a final score of 34-7. Howard’s junior running back Anthony Philyaw made the first and only touchdown for the Bison in the fourth quarter, saving the game from being a shutout.

Last year’s AT&T Nation’s Classic took place on Sept. 18, when Hampton edged out a 37-19 victory over Howard. Howard was hoping to recover from last year’s match up and prove why Howard is “The Real HU” in football.

This year’s attendance numbers was over 13,000.  Last year, the stadium hosted a crowd of approximately 16,400.

Hampton’s offense and defense revealed the need for re-evaluating within Howard’s football association.

Although the game didn’t favor the Howard Bison, the Howard University Showtime Band displayed a spectacular performance after the performance from Hampton’s “HU Marching Force.” A standing ovation was given during the HU Battle of the Bands.

The season has not been progressing in the favor of the Bison, as they are currently 0-4; however, there is potential for them to grow and dominate on the field.