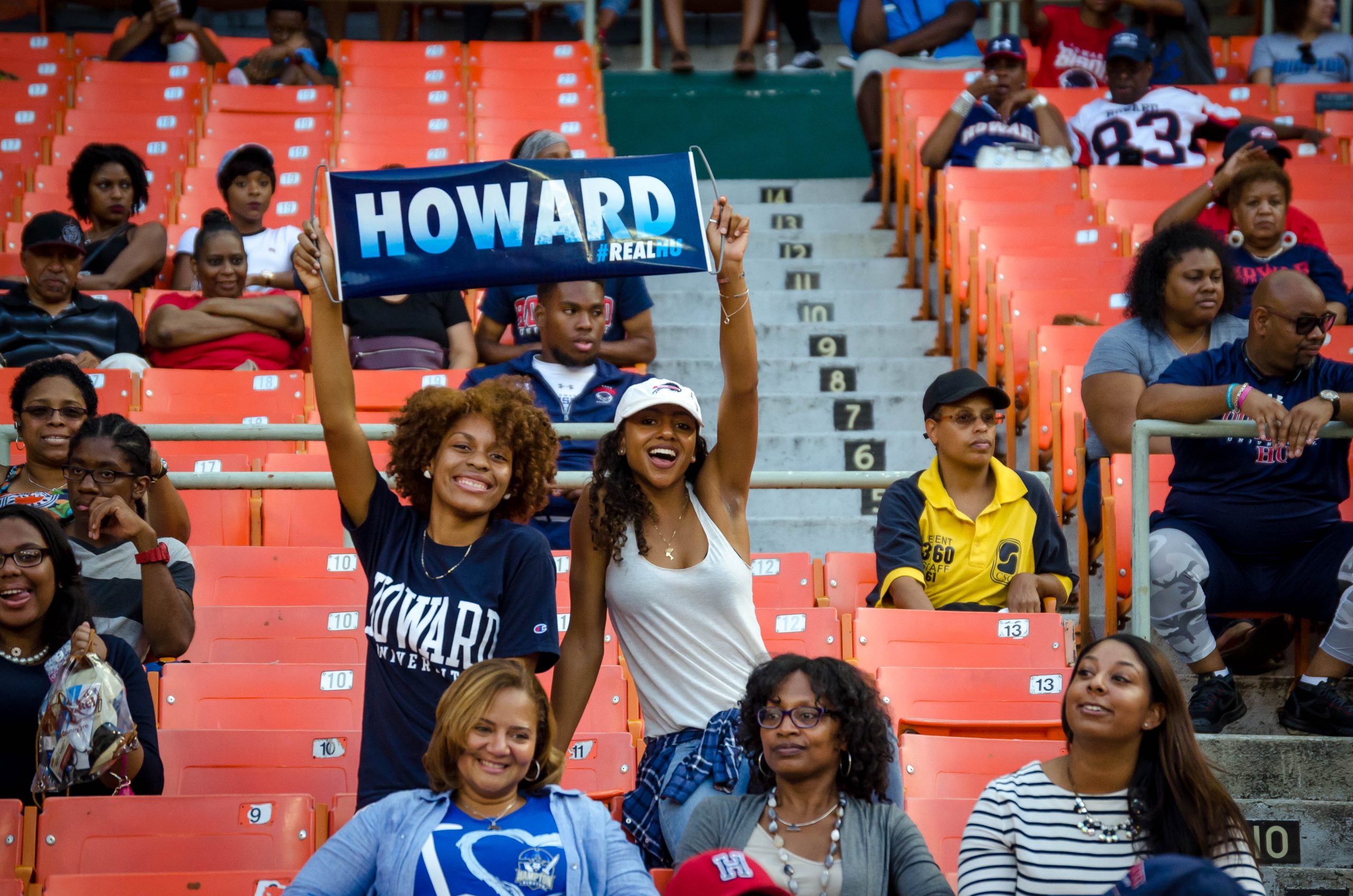 Editor’s Note: Tickets to the 2016 AT&T’s Nation Classic football game were provided to The Hilltop staff courtesy of AT&T.

As the first kick off commenced, fans in the Robert F. Kennedy Memorial Stadium made a roaring sound that was heard from miles away. The 2016 AT&T  Nation’s Classic between the Howard Bison and the  Hampton Pirates brought students, alumni, friends and celebrities together to watch the biggest HBCU rivalry showdown on Saturday, Sept. 17. Hampton won the football game with a final score of 34-7.

Although the main event was the game, the festivities surrounding the game were a tradition for other participants. In my three years of being a Howard student, this was the my first time attending the Nation’s Classic. I heard stories and seen footage from past games, but I still was unsure of what to expect. When I first made it to the RFK Stadium, it was clear school spirit played a major part. Nearly everyone was wearing Howard or Hampton gear, and occasionally the football jersey of San Francisco 49ers’ quarterback Colin Kaepernick.

The atmosphere was filled with joy, excitement and pride. It didn’t take long for me to realize this was bigger than the football game. It was bigger than a title and the bragging rights (more or less). The whole week before the day of was a celebration of Black excellence. From the stellar Howard versus Hampton #TheRealHUDebate that took place on Friday in Cramton Auditorium, to the cheerleaders taking a knee during the national anthem at RFK Stadium, it goes to prove that HBCU students aren’t as one dimensional as we are often perceived to be.

Though Howard and Hampton often brawl over the title of who is “The Real HU,” both universities have their own, unique characteristics that make them one of a kind. Our legacies are like none other.

Being at the game reminded me why I decided to leave the Christian prominently white institution (PWI)  that previously attended in Tennessee to transfer to Howard. As the nephew of a Howard Class of ‘81 alum and a former professor, I was often told about the “illustrious” Howard University and all its glory. I didn’t get it until I finally stepped foot onto its campus in August of 2014.

Now as a student, I am often asked, “What’s it like going to Howard?” Nearly every time I struggle to respond because there truly is not a simple answer. It’s the experience. It’s the friends you make. It’s the professors and faculty you come into contact with. Those late nights you spend in the iLab. These are the years I’ll be telling my grandchildren. You won’t understand the pride people have for their HBCU unless you’ve attended one.

This year’s Nation’s Classic was a special one. The nation’s first Black president is leaving office soon. The Congressional Black Caucus Annual Legislative Conference taking place just a few miles away. The National Museum of African American History and Culture is soon to open. It’s an exciting time to be a student at an HBCU and the Nation’s Classic reminded me of that. Let’s continue to celebrate Black excellence!

Published in LIFE+STYLE and SPORTS