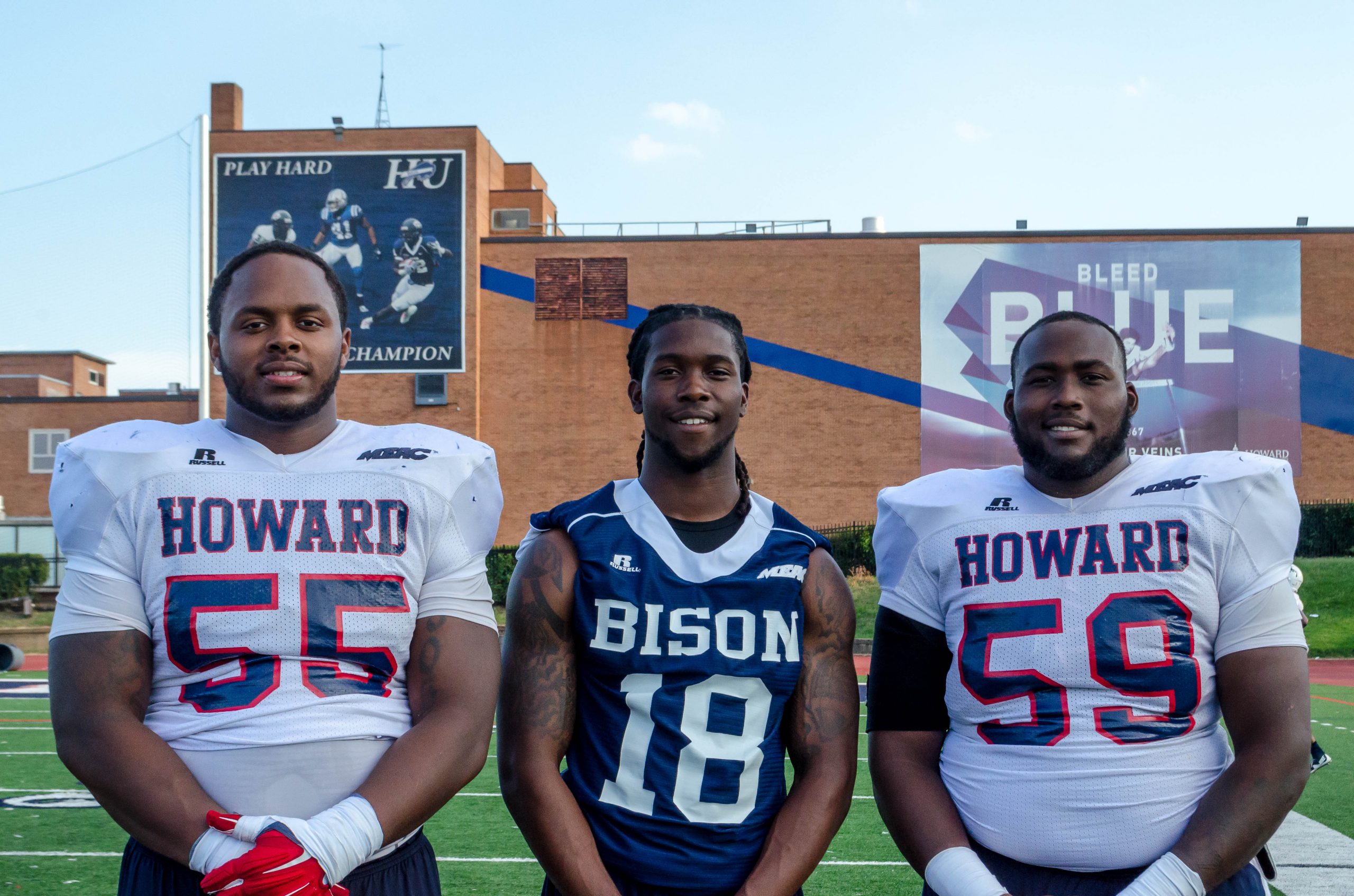 As the 2016-2017 football season approaches students and fans, get ready to cheer on their Bison football team at the Nation’s Classics on Sept. 17. The Hilltop would like to introduce three senior players who deserve your support.

Nathan Lewis Jr. is a senior administration of justice major from New Orleans, Louisiana. It was in the ninth grade that Lewis began playing football. To push him to continue his progression as a center for the football team, Lewis receives motivation from his father and his family. Lewis prides himself in playing at a consistent level throughout last football season “for [his] squad.”

In regards to the upcoming season, Lewis said, “Fans should expect this season to be a great one and an exciting one as well.”

Toree Boyd is the next Bison in the spotlight. Born in Nassau, Bahamas and raised in Miami, the senior administration of justice major began playing football at the tender age of five. Seventeen years later, he hasn’t let it go.

As the Howard University 2015 offensive player of the year, Boyd, who plays right tackle, prides himself on having received the Mid-Eastern Athletic Conference (MEAC) weekly honor three times, obtaining a spot on the second team all MEAC and starting 35 games during his career.

According to Boyd, fans should expect an exciting and bright year for the Bison.

“My motivation or as I can say the reason why I do it is because I want better for my mom and siblings,” Boyd said. “I want to make sure my mom never has to work again, so I stay motivated everyday to achieve my dream goal.”

Last but not least, the third player for this week’s Hilltop Highlight is senior, corner back Travon Hunt.

Reigning from Shelby, North Carolina, Hunt is and administration of justice major. The game is nothing new to Hunt, who he has been playing football since the first grade. Shelby professes that football is the only sport he ever truly loved to play. Pushing him to give the game his all is his family.

“My motivation is to make my family proud and to help my parents out with the struggle of taking care of my six other siblings and myself,” Hunt said. “I am the oldest out of seven kids. I really want all of them to be taken care of with no problem.”

Hunt’s highlights from last season includes getting two interceptions against Hampton University, recovering a fumble and scoring his first collegiate touchdown on defense against South Carolina State University. After the season, Hunt was named the Defensive MVP on the team and made the All-MEAC team for their conference. He was also credited with leading the conference with five interceptions.

As for expectations for the season, Hunt said, “People should expect a lot of energy and motivation to succeed pat adversity.”

So Bison, put last season and the seasons before on the back burner. This season, beginning on Sept. 3 against the Maryland Terrapins, will be one for the books.