Howard University continues to uphold its traditions as they held the 2022 Taste of Howard event at Cramton Auditorium on Aug. 19 from 7 p.m. to 11 pm. Taste of Howard is a university tradition and show that allows campus organizations to showcase all they have to offer to the incoming class of students and let them experience their new school and home.

Dozens of students including incoming freshmen filled up the auditorium seats as they awaited to see what Howard University has to offer this year. Students and organizations kept themselves entertained while the crowd grew from dozens to hundreds and eventually filled the venue.

“I was most excited to just enjoy the night, I’m ready for all the great traditions of Howard so this was something I was really looking forward to,” Howard University freshman Natasha Davidson said after the show.

Hosted by dynamic Howard students, Armani Washington & Samerion Montgomery, the show opened up with a strong performance from the Howard University Band and Dance team to get the crowd excited. Afterward, the show went directly into introducing the organizations presenting for the night.

“I hope that HU ‘26 and other students will see the importance of being active and getting involved on campus so that they can have a great Howard experience. Whether that is with a freshman organization like The Men of George Washington Carver or any other organization on campus,”

Organizations including the Royal Court, Quad Step, and Howard University Mock Trial Team brought energy to the show with dance numbers to Beyoncé’s Renaissance, Step performances that got the crowd out of their seats, and dramatic mock debates about whether rapper Nicki Minaj was “In her flop era.” The crowd was in support of the presenters all night as cheers filled Cramton Auditorium from opening act to close.

“I hope HU26 and other students feel inspired to go after their goals and ambitions and feel reassured that anything is possible despite facing obstacles like the pandemic…Dancing to a song from Beyonce’s new album Renaissance represented the revival of Howard culture and hopefully showed everyone that not only does our university still have pride and spirit, but we’re entering a new era that’s just getting started.”

While there was no word from Howard University about who the performer for the night would be, the audience was expectant of something big to come. The Hilltop was given the chance to speak with Friday’s surprise performer, rising 20-year-old Florida rapper, Nardo Wick, before his big performance in the middle of the show.

When asked what he was looking forward to the most at Howard University, Wick spoke about the students.

“I’m excited for the crowd, I know how college students are especially since they’re all my age,” he said. “I feel blessed, I just appreciate the opportunity. All I can say is ‘blessed.’”

When asked what he wanted Howard students to get from his performance he kept it very simple.

“Have fun,” he said, “I want everybody to have that good energy and to enjoy it. Just have fun.”

Nardo Wick was met with loud cheers from the crowd all night. He performed his biggest hits, “Who Want Smoke??” and “Wicked Witch,” and students were on their feet singing along for the entirety of the show. A few students were able to get a personal picture with him as Wick took phones and snapped a few selfies before his exit at around 10 p.m. 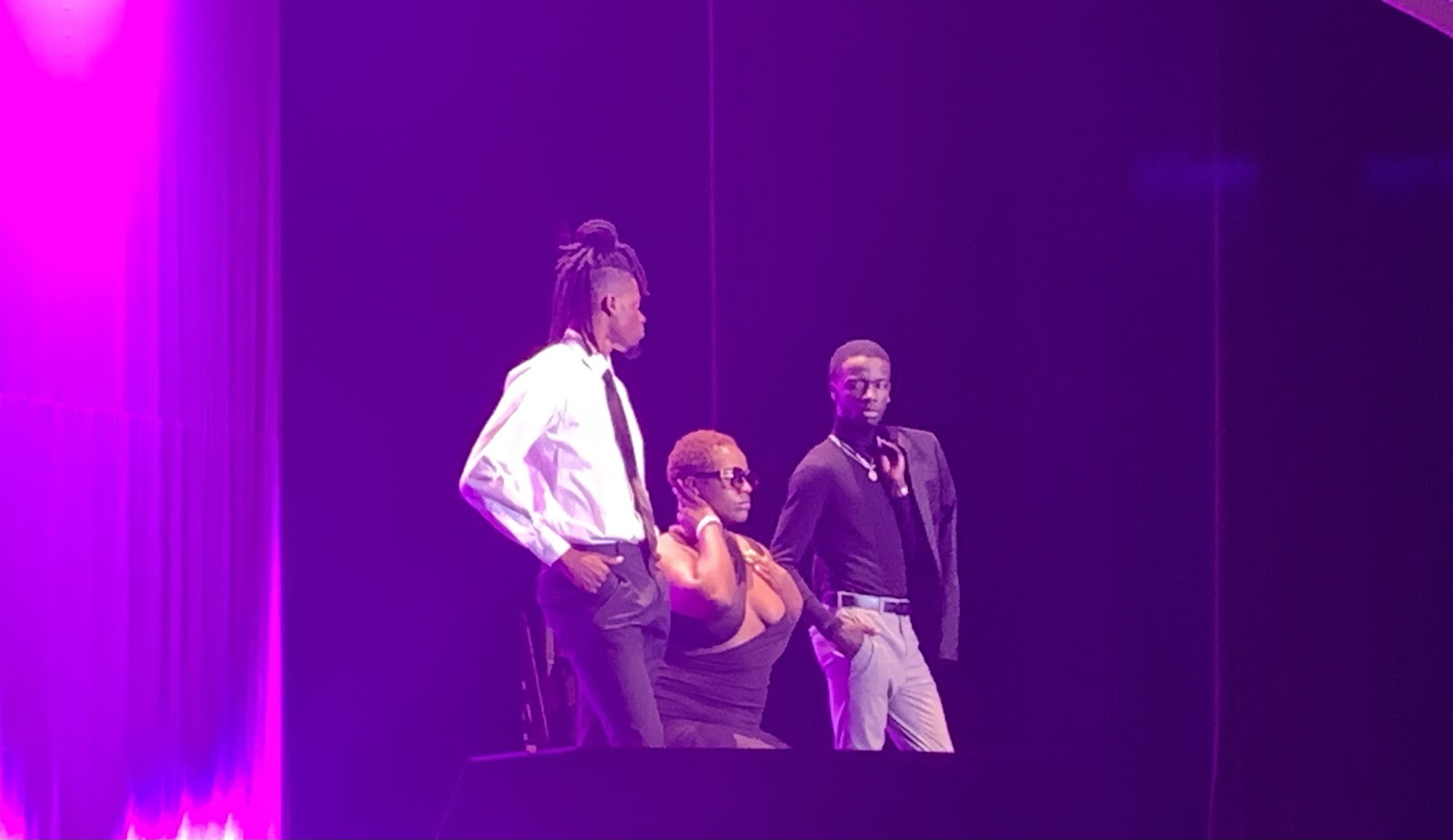 Models of The Mecca Walking. Photo Courtesy of Matenneh Kai.

The night closed out with one final step performance from Alpha Phi Alpha Fraternity Inc.

“This not a taste of Howard this an all-you-can-eat buffet,” said Howard student, Monica Moore in regards to the Taste of Howard 2022 show.

Students quickly cleared out the seats of Cramton and relocated to The Yard and their dorms on campus. Many students stayed behind to celebrate with the performers, presenters, and hosts of the night.