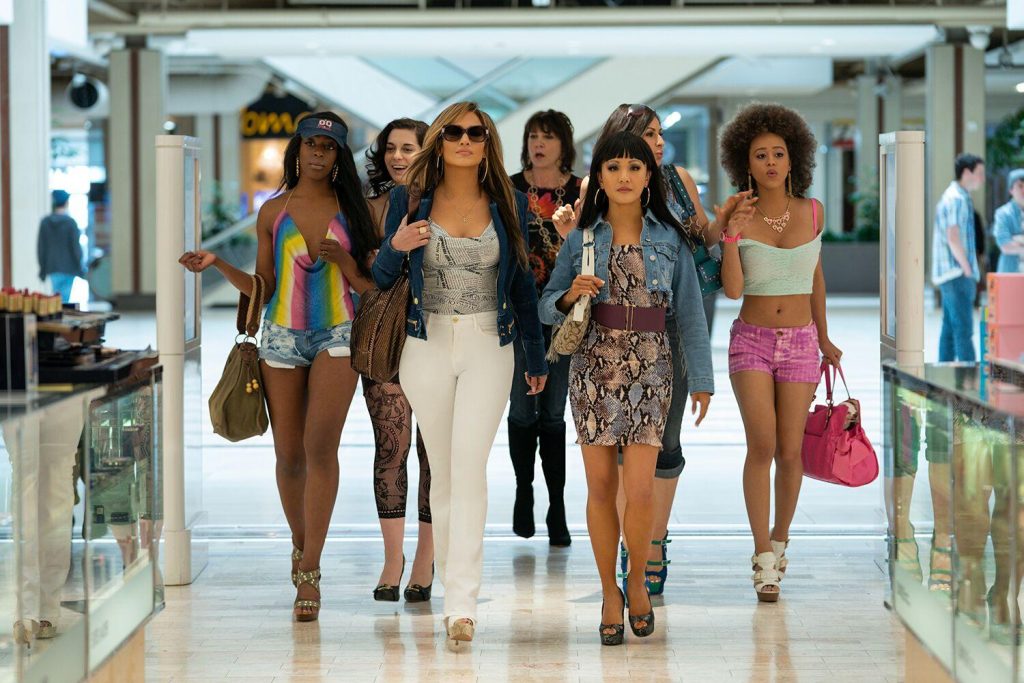 The Lorene Scafaria-directed Hustlers, released Sept. 13, is based on the New York article, “The Hustlers at Scores,” written by Jessica Pressler. The article speaks on the drug and run schemes executed by a quartet of exotic dancers against their Wall Street clientele during the 2008 economic recession.

The movie, which grossed $33 million in its opening weekend, saw an all-star cast with Jennifer Lopez, Constance Wu, Keke Palmer and Lili Reinhart making up the central figures of the movie. Cardi B, Lizzo and Usher were among celebrities with guest appearances.

The story details a down-on-her-luck Destiny, played by Wu, who struggles to make ends meet working as a stripper to support her elderly grandmother. Abandoned by her parents at a young age, Destiny is isolated in her adulthood and operates as a “deer in headlights,” ignorant to her own strength as a woman. She is left to her own devices in terms of supporting herself which does her little justice. It is in her desperation that she comes into contact with Lopez character’s, Ramona, a seasoned stripper who is painfully aware of the disadvantages of being a woman, uses her womanhood to her benefit which grants her financial freedom, security and personal sovereignty. The movie takes viewers on a journey of female companionship that develops between Ramona and Destiny as Ramona acts as a mother figure to Destiny, teaching her how to make more money at the club and furthermore, to believe in her own ability to provide for herself.

It is easy to see the stripper movie as a cliche; narrating the young girl who has no one who eventually becomes the bitter woman who needs no one. However, Hustler’s does an excellent job of addressing the deeper than surface issues that surround sex work and female labor in general. The role of motherhood, for instance, is portrayed not only as a figure of nurturing but as a role model for the type of woman one would want their daughter to become. The band of women, the movie focuses on performs their escapades at the expense of the men who look down on them as objects. Their unwillingness to remain subjugated to a life of secondary citizenship shows in their defiance to the economic and social structures that make them outcasts. Their cunningness is highlighted when they utilize the very image that these men have of them to their advantage, resulting in the acquisition of thousands of dollars from unsuspecting victims.

However, the movie is about much more than the daring heists made by the women; this was actually a very small aspect of the overall story. The true core of the narrative lies in the relationship held by the four women and the other women they encounter throughout the film. In the movie, the male image is depicted as arrogant, invasive and ignorant. This depiction lies in sharp contrast with the expectations held of the positions that these men occupy. The strip club that these women work are constantly sponsored by the corporate elite: the stockbrokers, CEOs, investment bankers, all the people who profit off of the backs of the little people that they claim to do service for. It is because of this power that these men feel untouchable and immortalized in the commas and zeros that line their bank statements. On the other hand, it is also because of this power that these men are so vulnerable. Vulnerable to attack at any given moment by the people that they step on. If a little communal effort was mixed with some determination, the patriarchy will have many more sleepless nights.