Behind the Impeachment Inquiry 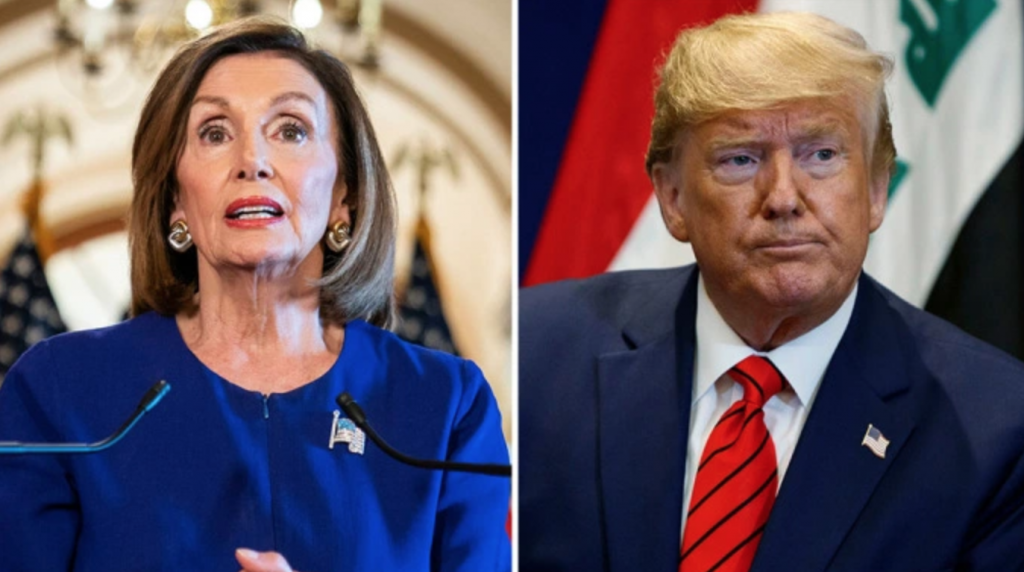 Speaker of the House of Representatives Nancy Pelosi (D-CA) formally launched an impeachment inquiry on President Donald Trump on Sept. 24. What does this mean, and how did we get here? Here’s everything you need to know.

An anonymous member of the intelligence community filed a complaint with Intelligence Community Inspector General Michael Atkinson on Aug. 12 regarding troubling conversations between the President and a foreign leader, which included an unknown “promise” made by Trump to the foreign leader.

Maguire declined to issue the report to Congress, prompting Atkinson to take matters into his own hands and issue a letter to several lawmakers, including Chairman of the House Intelligence Committee Rep. Adam Schiff (D-CA), alerting them of the complaint and accusing Maguire of failing to report it to Congress.

The House Intelligence Committee released a redacted copy of the whistleblower complaint on Sept. 26 and heard testimony from Maguire, who stated in his testimony that he did not release the complaint on the advice of lawyers in the White House, who claimed that the information in the complaint was subject to executive privilege.

President Trump and Ukrainian President Volodymyr Zelensky, the foreign leader to whom the whistleblower complaint refers, spoke on the phone for approximately 30 minutes on July 25. During the call, according to the partial transcript (not verbatim) released by the White House on Sept. 25, Trump told Zelensky “I would like you to do us a favor,” and proceeded to ask Zelensky to conduct investigations into two companies, CrowdStrike and Burisma Holdings, along with Joe and Hunter Biden.

CrowdStrike determined that two groups of hackers, Cozy Bear and Fancy Bear, had orchestrated the hack. The two groups work “for the benefit of the government of the Russian Federation and are believed to be closely linked to the Russian government’s powerful and highly capable intelligence services.”

Several times over the course of the call with Zelensky, Trump says that he will have Giuliani or Attorney General William Barr call Zelensky about the investigation into CrowdStrike. In an interview with the New York Times, Giuliani admitted to collaborating with the Ukrainian government, stating “I am asking them to do an investigation…they shouldn’t stop it because that information will be very, very helpful to my client (President Trump), and may turn out to be helpful to my government.”

Zelensky repeatedly ensured Trump that he would follow through with the investigation.

Trump then mentioned former Vice President Joe Biden and his son, Hunter Biden. In 2014, Hunter Biden joined the board of directors for Burisma Holdings, an oil and natural gas company based in Kyiv, Ukraine. The Ukrainian Prosecutor General at the time, Vitaly Yarema, was conducting an investigation into the company and its owner, Mykola Zlochevsky, over allegations of money laundering, tax evasion, and corruption.

In 2015, Viktor Shokin became the new Prosecutor General of Ukraine. Shokin stalled the investigation into Zlochevsky and Burisma Holdings to the point where the Obama Administration, several European governments, and several non-governmental organizations, were disturbed by the fact that Shokin was not adequately pursuing corruption in Ukraine and was instead focused on protecting the political elite.

Obama officials considered launching their own criminal investigation into Zlochevsky and his company. Vice President Biden threatened then-Ukrainian President Petro Poroshenko with withholding $1 billion in loan guarantees if he did not fire Shokin, and Shokin was subsequently dismissed.

Trump implied during the call that Biden had used his power to fire the Prosecutor General in an attempt to protect his son, Hunter. Zelensky responded by assuring Trump that the new Prosecutor General, who he will hand pick, will “look into the situation” and go through with the investigation into “the company,” not specifying whether he was referring to Burisma Holdings or CrowdStrike.

Less than a week before the phone call, Trump told acting Chief of Staff Mick Mulvaney to hold back almost $400 million in military aid for Ukraine. Trump has offered no explanation as to why the aid was withheld, raising suspicions that the president sought to leverage the congressionally-approved aid for a Ukrainian investigation into a domestic political rival, though he administration maintains that there was no quid pro quo. The funds were not released until the night of Sept. 11, after Sen. Dick Durbin (D-IL) threatened to freeze $5 billion in Pentagon funding for next year.

Whether or not a quid pro quo was explicitly discussed, Trump soliciting and accepting damaging information about Joe Biden from a foreign government to help his 2020 reelection bid is a violation of federal election law.

As detailed in the whistleblower complaint, in the days following the phone call, “senior White House officials had intervened to ‘lock down’ all records of the phone call, especially the official word-for-word transcript of the call.” According to several White House officials, and later confirmed by the White House, the electronic transcript of the phone call was removed from the computer system in which transcripts are typically stored and loaded into a separate system that is used to “store and handle classified information of an especially sensitive nature.”

Speaker Pelosi has designated six House committees to conduct the impeachment inquiry, each tasked with investigating the President’s actions eventually drafting articles of impeachment. Secretary of State Mike Pompeo, has admitted to being on the call with Presidents Trump and Zelensky, prompting House Democrats to subpoena the State Department for documents relating to Ukraine. Pompeo is refusing to comply with the subpoenas, accusing House Democrats of trying to “intimidate, bully, and treat improperly” employees of the State Department.

During a press conference on Oct. 2, Speaker Pelosi warned that failure to comply with the impeachment inquiry will be considered and treated as obstruction of justice, which is an impeachable offense.

Trump is only the fourth president in the history of the United States to face an impeachment inquiry, following Andrew Johnson and Bill Clinton, both of whom were eventually impeached, and Richard Nixon, who resigned before being formally impeached.

Currently, there are 225 representatives in the House who support an impeachment inquiry, 223 of which are Democrats. In order to formally impeach the President, the House needs to pass articles of impeachment against the president by a majority vote, or 218 votes. This is the equivalent of an indictment, or charging the President with a crime. Conviction and removal from office requires a two-thirds vote by the Senate, which looks very unlikely with a Republican majority.

Trump has publicly denounced the inquiry as “the greatest scam in the history of American politics,” and “nothing more than a continuation of the greatest and most destructive witch hunt of all time.”

It is unclear what will happen next as this scandal has been progressing rapidly, with new information being uncovered daily. Stay tuned for updates.