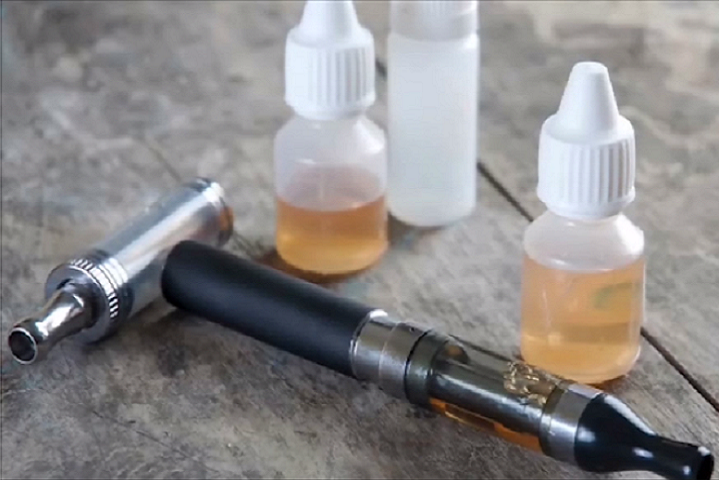 There have been 530 cases of vaping-related lung injuries reported from 38 states and one U.S. territory, according to the CDC.

The number of vape users increased from seven million in 2011 to 35 million people worldwide today.

Officials have confirmed seven recent deaths related to vaping. 16 percent of the 530 cases mentioned above were individuals under 18 years old; 17 percent are individuals 35 years and older. The CDC reported that they do not know the specific cause of the lung injuries, but that there seems to be some sort of correlation to vaping.

Coughing, chest pain, and shortness of breath are commonly reported symptoms amongst vape users prior to hospitalization. Other symptoms include nausea, vomiting, diarrhea, fatigue, fever and weight loss. It is not uncommon for vape users to acquire acute respiratory distress syndrome; a life-threatening condition where fluid builds up in the lungs, which prevents oxygen from circulating in the bloodstream.

U.S. Secretary of Health and Human Services Alex Azar announced at a White House gathering on Sept. 11 with President Donald Trump and other top officials that the Food and Drug Administration (FDA) is working to combat the vaping epidemic by passing rules and regulations to limit access, especially to those with child-friendly favors. The policy, which would upend the e-cigarette market, will be finalized in a few weeks and then go into effect 30 days later, according to Azar. The restrictions would only be lifted for products with FDA approval.

This decision in agreement with the Trump administration came shortly after tensions arose amongst members of Congress. Senator Dick Durbin (D-IL) tweeted a letter on Sept. 13 that was sent to U.S. Surgeon General Jerome Adams asking him to develop a plan in response to the vaping epidemic. Durbin highlighted the inaction of the FDA and claimed it has been one of the root causes of the vaping epidemic.

E-cigarette producers like Altria Group and Juul Labs, have lobbied against the new laws. These companies argue that e-cigarettes help cigarette smokers quit, and give those addicted to nicotine a safer alternative. On Feb. 4, a coalition of 16 conservative leaders sent a letter to the White House urging President Trump to intervene in the FDA’s “aggressive regulatory assault” on e-cigarette businesses and customers who rely on them as healthier alternatives to smoking.

Studies provide mixed results as to whether or not vaping is effective in helping smokers quit. However, the CDC concludes that it is possible for adults to fully substitute smoking with vaping if they cut out all other tobacco and nicotine products. Juul Labs, the leading producer of e-cigarettes, is facing many lawsuits and congressional inquiries.

The House Subcommittee on Oversight and Investigations launched a formal investigation of Juul Labs and held hearings in July. At the hearings, committee members asked the company’s leadership to produce many reports, one of which included a list of schools that receive funding from Juul Labs. Many of these reports have not been disclosed and the subcommittee has given the company until Oct. 1 to comply with their directives or the company; otherwise they will be served a subpoena.

Kevin Burns resigned as CEO of Juul Labs on Sept. 25. In August, Burns admitted that the illnesses linked to vaping were “worrisome”, but did not believe that Juul products were the root cause of them. Juul Labs reported that it will cease to advertise digitally and in print as well as cease its lobbying efforts. The company currently controls a large majority of the e-cigarette market.