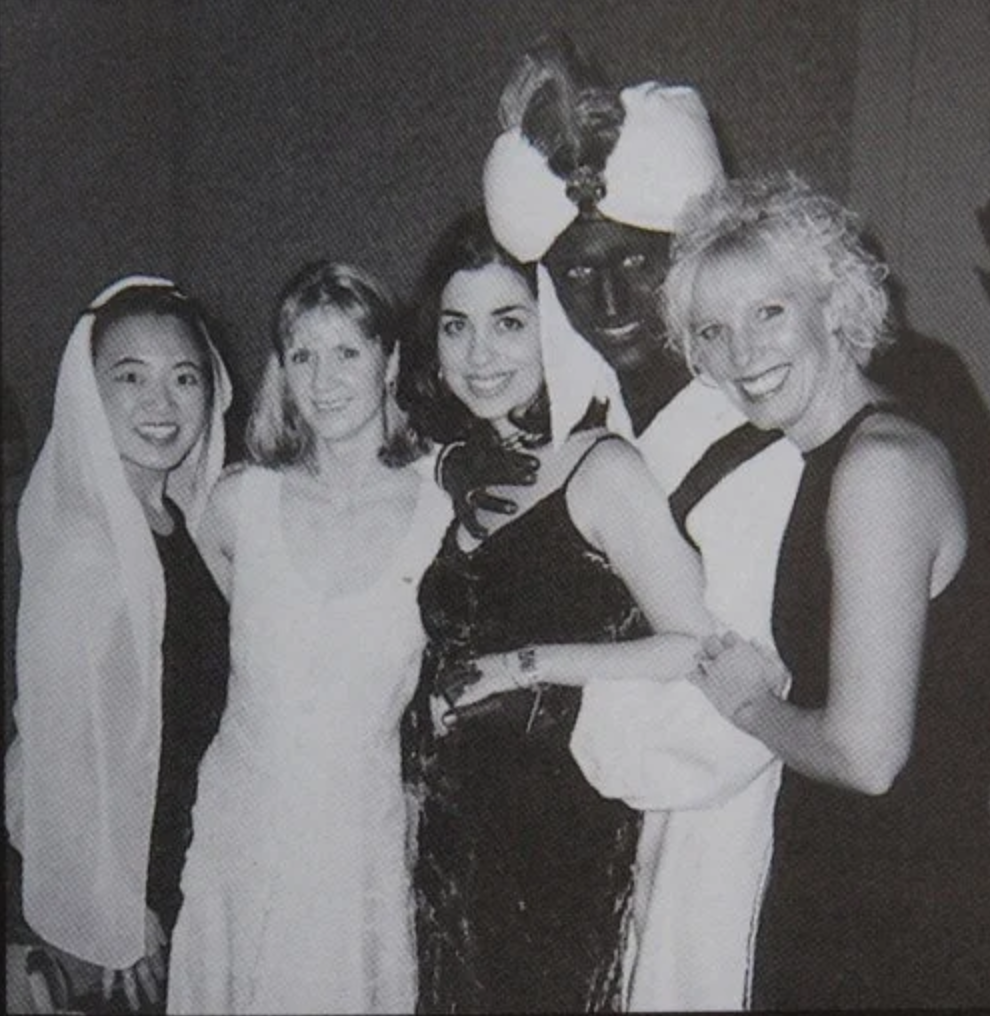 Justin Trudeau, the current Prime Minister of Canada, in “brownface” at an Arabian Nights party in 2001.

“I never should have done it,” Trudeau stated to the public in the wake of his scandal. “I should have known better.”

This controversial photograph of Canadian Prime Minister Justin Trudeau posing with brownface surfaced last Wednesday. The image shows the politician dressed up as Prince Aladdin at an “Arabian Nights” themed party in 2001. The politician might feel the effects of his mistake in the 2019 Canadian Federal Elections.

Justin Trudeau is a Canadian politician and has held the post of prime minister since 2015. He is also the son of former Prime Minister Pierre Trudeau. Prior to his appointment to Canada’s highest office, Trudeau took up jobs as a snowboard instructor, club bouncer, radio host, and teacher. It wasn’t until around the year 2000 that he realized his political potential and eventually became the representative for Montreal’s Pipineu district. From there, he led his minority political group into office and historically became the first prime minister to be related to a previous holder. During his incumbency, he has successfully welcomed thousands of refugees to Canada, balanced gender representation in the federal cabinet, placed climate issues on the forefront, and legalized the recreational use of marijuana.

Many Canadians have acknowledged his past decision to wear brownface as unacceptable. When local Montrealers were asked for their opinion on the scandal, common responses were that he was “insensitive”.

Blackface is theatrical face painting historically used by non-black performers to resemble someone of black or brown skin. It is widely considered to be an overtly racist act. The stereotype was first seen in the mid 1800s by white minstrel performers, and the genre reached peak popularity during the Jim Crow era. White performers would play the roles of slaves and house maids while behaving in ways that created and contributed to many false stereotypes of black people.

Canadians aren’t the only people shocked by the release of Trudeau’s brownface pictures. When asked about it, President Trump said he was “surprised” by the incident and shocked to know that Trudeau had reportedly done it multiple times. The release of the prime minister’s brownface photos have had an impact on his re-election campaign as well.

Given the long history of blackface in America, Trudeau’s decision to participate in such activities has placed him in an unfortunate position in the Canadian election as many Canadians can empathize with the effect that this practice had on black and brown Americans.

Additionally, some young voters had much to say about Trudeau’s past choices. 21-year-old Nabila Farid’s views aligned with those of other young Montrealers in describing the situation as disappointing. For others like Audrey Yen-Suin, a University of Toronto student, Trudeau’s apology did not alter her negative opinion of the situation. “He’s too much of a politician who doesn’t really have a heart behind what he’s saying,” said Yen-Suin. The situation even encouraged Yen-Suin to move from supporting the Liberal Party to the now supporting Canada’s New Democratic Party.

With election day rapidly approaching, Trudeau’s blunder has the potential to reduce his high campaign numbers. On the other hand, the gap between him and Scheer is slim, and it appears that a comeback is possible. Canadian voters will see who will become the next prime minister on Oct. 21.

The Institute of the Black World 21st Century (IBW) organized a national town hall meeting during election week to discuss Black politics and the...

U.S. Representatives Convene at Howard To Discuss the Importance of Passing the CROWN Act

United States Representatives came together at the Louis Stokes Health Library to discuss the importance of the CROWN Act and the impact it would...

With the new release of the Black Panther sequel, “Wakanda Forever,” a “Howard Forever” event was held as a tribute to honor the legacy...

Democrats’ performance in the 2022 midterm election defied history for how the president’s party usually fares during midterm elections, as they maintained the Senate...