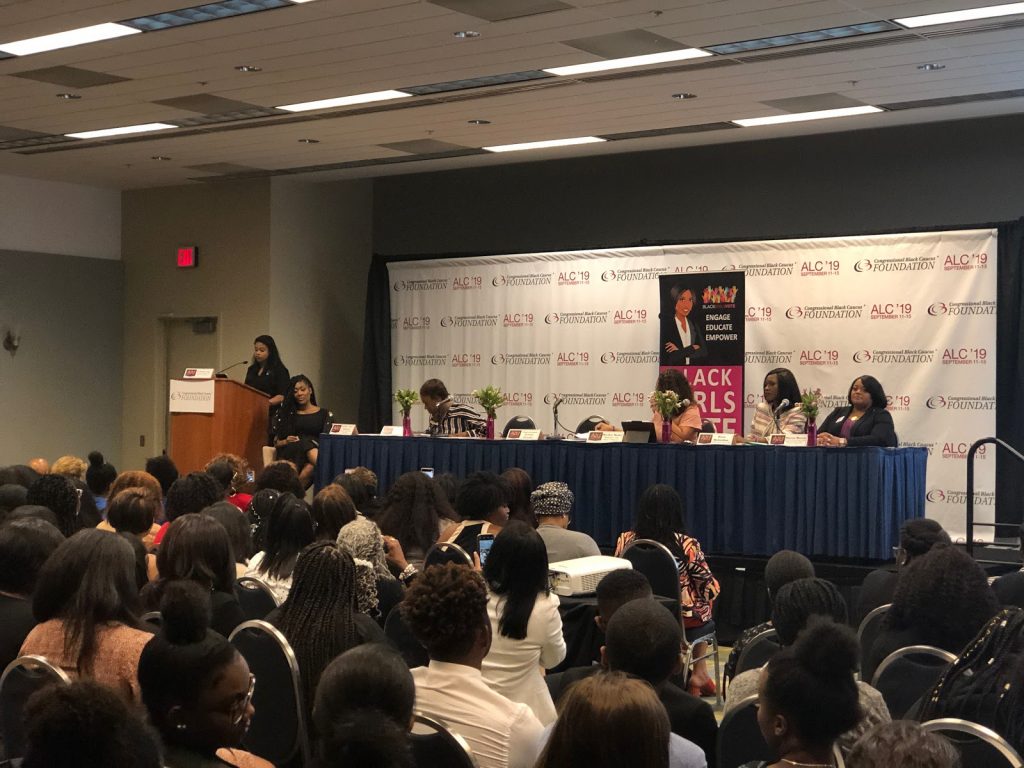 The Congressional Black Caucus Foundation (CBCF) hosted its 49th Annual Legislative Conference (ALC) at the Walter E. Washington Convention Center from Sept. 11-15. Although it is linked to the Congressional Black Caucus (CBC), the foundation is a nonprofit, nonpartisan arm that runs programs in economic development, education and public health. The black caucus is made up of congressional members from the U.S. House of Representatives and Senate. All 55 of the members share the same legislative goal: the advancement of African-Americans.

Black excellence was celebrated in the nation’s capital last week with policy panels, town halls, rallies and other social events hosted by congress members. This year’s conference, co-chaired by U.S. Representatives Frederica Wilson (D-FL) and G. K. Butterfield (D-NC), celebrated the theme “400 Years, Our Legacy, Our Possibilities.” The theme commemorated the arrival of the first African slaves in Virginia in August of 1619. Major ALC events included the National Town Hall, a Celebration of Leadership in Fine Arts, the National Prayer Breakfast, the Phoenix Awards Dinner and a leadership reception celebrating the Chair of the Congressional Black Caucus, Rep. Karen Bass (D-CA).

The two honorary chairs kicked off the conference on Sept. 11 with the annual opening press conference. Rep. Wilson ended her remarks with a 2020 Call to Action, encouraging guests to “get every single solitary African-American in this nation… to vote.”

Following this, the convention center exhibition hall was open and sessions surrounding health, education, environment and more were underway. During the Celebration of Leadership in Fine Arts, the CBCF honored Grammy Award-winning musical artist, Maxwell; and the first African-American principal ballerina in the history of the American Ballet Theatre, Misty Copeland.

Saturday, Sept. 14, kicked off early with the annual Prayer Breakfast, featuring gospel icon Yolanda Adams and keynote speaker Rev. Dr. Howard-John Wesley. The breakfast is one of the most notable events of the conference, drawing in thousands of guests each year.

“I would take our older seniors that know the way better than anybody that’s imposed on us by new liberals who are progressive on everything but race. We’re not looking for better slave masters, we’re looking to be free,” said Sharpton.

The annual CBCF conference is the largest fundraising opportunity for the caucus, helping them carry out their initiatives and fund their scholarship and internship programs. For more information on the foundation, visit www.cbcfinc.org.