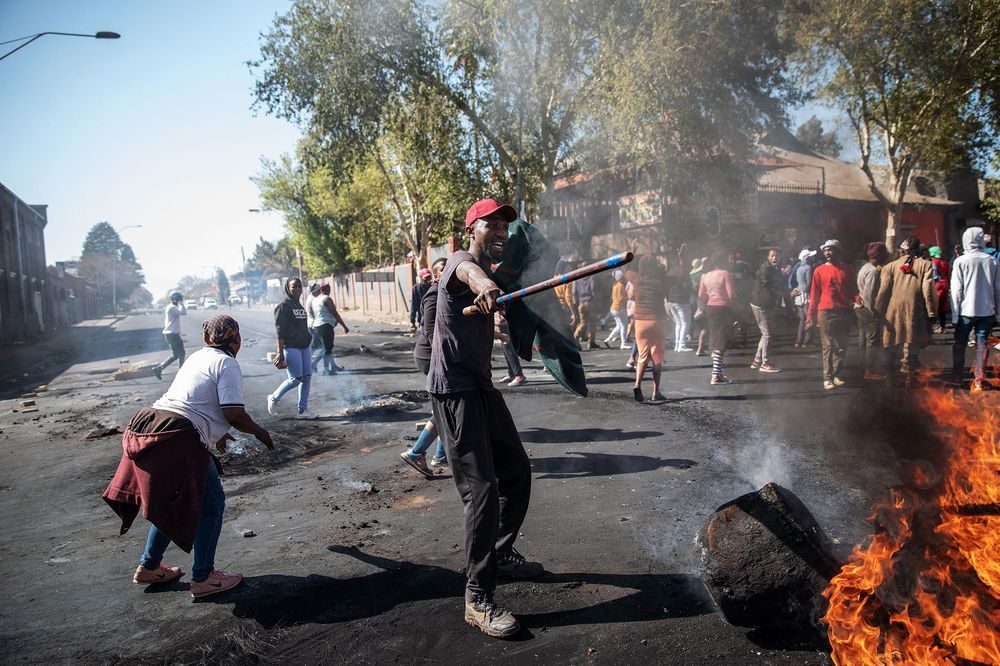 At least five people have been killed and over 189 were arrested on Monday following a massive, violent xenophobic riot in Johannesburg, South Africa. Numerous shops owned by foreigners have reportedly been looted and set on fire, destroying the livelihood of those whose property faced such destruction.

The riots took place only a day after South African truck drivers launched a nationwide strike against the employment of foreign truck drivers. The day of the strike, foreign trucks were found lit aflame on the roads, a result of the anger of some South Africans who claim that foreigners are taking away their jobs and, as a result, their support systems.

According to Trading Economics, the unemployment rate in South Africa is a whopping 29% — making it the highest unemployment rate in the country since 2003, and leaving 6.65 million people out of work. Many South Africans credit this to the amount of foreigners living in the country; some of which come from neighboring countries such as Zimbabwe, or Lesotho, or even a bit farther in areas such as India, the UK, etc. There is an estimated 3.6 million migrants out of South Africa’s 50 million population, according to BBC news.

“I condemn the violence that has been spreading around a number of our provinces in the strongest terms,” said South African President Cyril Ramaphosa, adding, “There can be no justification for any South African to attack people from other countries.”

President Ramaphosa has also claimed to be working with ministers in the security to keep an eye on the violence and find ways to prevent it from occurring.

This is not the first time attacks against foreigners in South Africa have occurred. The African Centre for Migration & Society has followed the attacks against foreigners for several years, with significant spikes occurring in the years 2008 and 2015, respectively. Following a single incident of anti-foreigner violence in May of 2008 in Alexandra, VA., where locals attacked a group of foreigners, a wave of xenophobic violent spread into the neighboring townships. The two weeks of riots resulted in the death of 62 people and the wounding of 670.

In the wake of such civil unrest, there has been a call to action from numerous public figures. Nigerian artists Tiwa Savage and Burna Boy have publicly condemned the attacks, as well as the South African government. It is the hope of many that these attacks will not only be labeled as xenophobic, but that the government will also work towards preventing this level of violence among its citizens again.