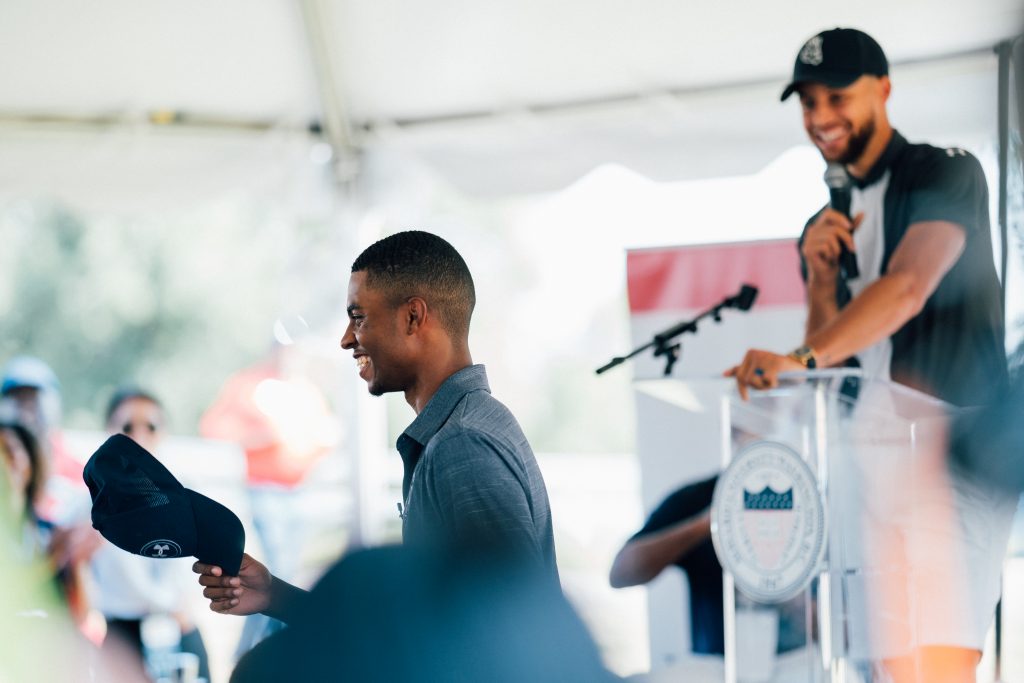 NBA Champion Stephen Curry announced a partnership with Howard University on Aug. 19. Curry will fund the university’s first-ever NCAA Division 1 men’s and women’s golf programs. The university previously had a Division 2 team and intramural club teams. Curry will support the program for six consecutive years, including staffing, recruiting and operating costs. The goal of the partnership is to raise an endowed fund in order to make the program self-sustainable.

The announcement was made at the historic Langston Golf Course.

Other partners include SC30 Inc. and Stephen and Ayesha Curry’s Eat. Learn. Play. Foundation. Callaway and Under Armour will provide the team with equipment and apparel.

“One of the first goals I set for myself before coming to Howard was to keep playing golf even though there was no team. Three years later, through FAITH and persistence, God has blessed me with the opportunity to partner with @stephencurry30 to bring the first ever D-1 Men’s and Women’s Varsity Golf Program to Howard University as of Fall 2020,” Ferguson posted on Instagram.

Ferguson’s initial appeal to Curry inspired the six-time NBA All-Star to introduce an elite program to Howard, which is aimed to be debuted in the 2020-2021 academic year.

“When you hear about these passionate student athletes who have the talent but don’t have a fair shot at the game, it’s tough. I feel really honored to play a small role in the rich history of Howard University, and look forward to building their first men’s and women’s golf teams with them,” said Curry.