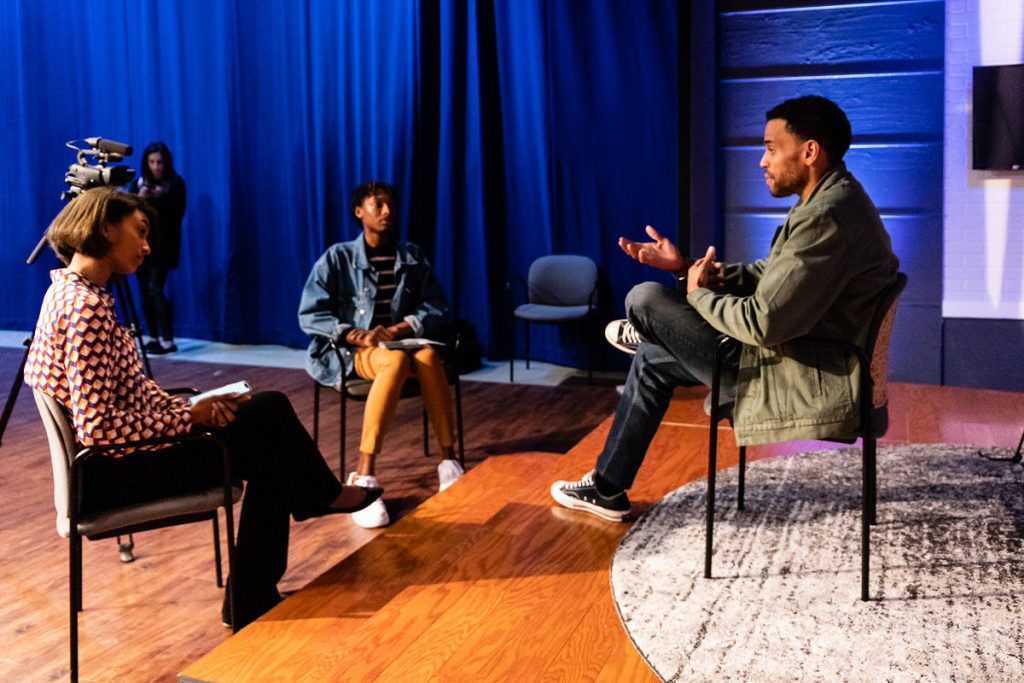 On Tuesday, April 16, actor and DMV native Michael Ealy arrived on Howard University’s campus as part of a D.C. press day to promote his new film, The Intruder. In the movie, Ealy stars alongside Meagan Good and Dennis Quaid.

Newlywed couple Scott and Annie Russell (Michael Ealy and Megan Good) are living the American dream. They purchase a gorgeous home in California’s Napa Valley from Charlie Peck (Dennis Quaid) and have their hopes set on starting a family. After they move in, they begin to realize that Charlie has a strange attachment to the house and has yet to let it go. The Russells soon find themselves fighting for their lives and their new home as Charlie’s true sinister nature is ultimately revealed.

When asked if he had a strong attachment to any object to which he would go to the extreme for, like Peck’s character, Ealy told The Hilltop and WHUT “I don’t hold onto things much. Memories are good, but things don’t really matter. You can’t take anything with you. It’s all perspective.” He recalled the words of  Robert de Niro’s character in the movie Heat, “Don’t let yourself get attached to anything you are not willing to walk out on in 30 seconds flat if you feel the heat around the corner.”

When filming began for The Intruder, Ealy was renovating a home. The parallels between his own homeownership and his character’s informed his performance.

One of Ealy’s most prominent roles is “Beau Willie” in the 2010 Tyler Perry remake of For Colored Girls, in which he won the African-American Film Critics Association award for Best Supporting Actor. Ealy remembered the role as being morally-compromising but also as an important means to try to capture the effects of war and PTSD on families. In the movie, a character has strong sentiments towards guns. When asked how he felt about the Second Amendment right to bear arms, Ealy, like many others, said that he was torn on the situation. He himself had an uncle who was an avid hunter, “I think regulation is key. I think it’s gotten way too out of hand here, in this country,” said Ealy. He, however, is hopeful for the future.

The Intruder can be seen in theaters starting on May 3.