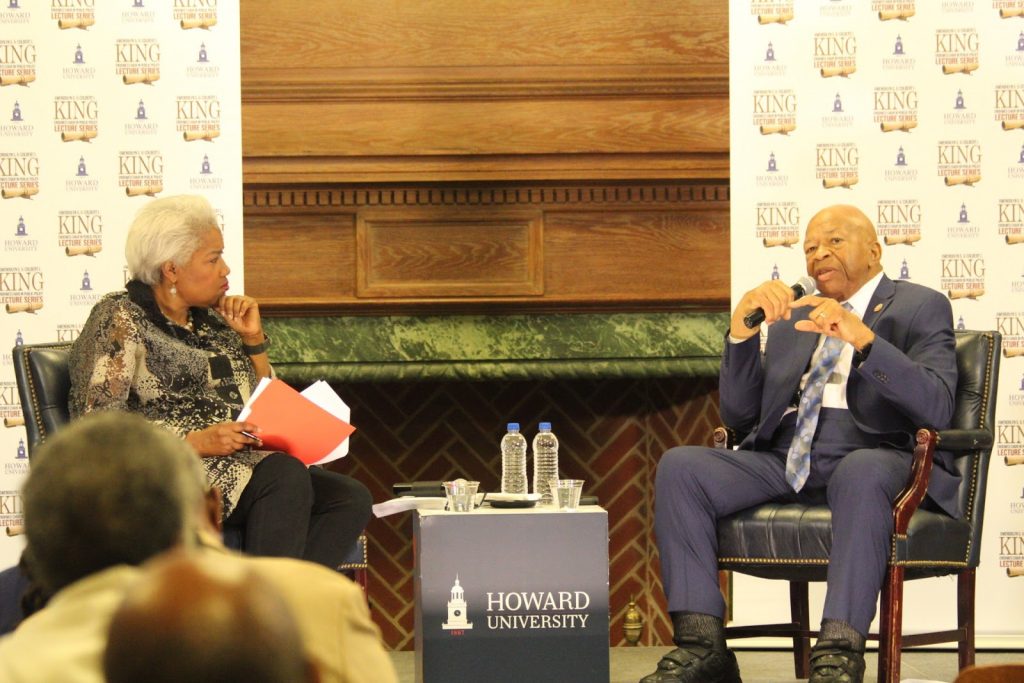 Over the span of the academic year, Brazile has hosted the likes of Speaker of the House Nancy Pelosi, New York State Attorney General Tish James, National Association for the Advancement of Colored People (NAACP) President Derrick Johnson along with many others.

In a time where an important election cycle is nearing, Chairwoman Brazile desired to gauge where students felt the is country in regards to political stability, democracy, civil and voting rights, along with other pertinent topics.

Brazile opened the dialogue by asking about the pressing news of the day, the release of the heavily redacted Mueller report, questioning whether or not its release would be the end of an investigation or rather the onset of understanding what occurred in 2016.

“We are only beginning. We are at a time, ladies and gentlemen, in the life of this country where we are in trouble. And, I do believe that it is going to be up to people that look like us to bring us out of it,” said Cummings.

The representative went on to say that US Attorney General William Barr has shown us [the US population] that he is an attorney for President Trump not the people of this country. He also discussed the continuous efforts of the president to encourage others to commit crimes. He plans to bring Barr back in front of the House along with Special Counsel Robert Mueller and to subpoena an unredacted report and all underlying data.

Cummings did not fail to mention the frustrations and altogether lack of cooperation he has received in his investigation efforts from his Republican colleagues and the White House. Describing the White House’s response or lack thereof to requests for information as nothing short of unprecedented.

The “I” word came up later in the discussion when Brazile asked if impeachment should be taken off the table. Congressman Cummings went on to explain how the pursuit of a Trump impeachment would not be effective or efficient. He, however, urged listeners to protect the right to vote.

“The best thing we can do right now is protect the right to vote. And, try to explain to people how important it is to vote and to vote for people that reflect their values,” said Cummings.

He then brought up the tactics such as taking away early voting and moving voting sites out of cities used in  North Carolina, Kansas, Georgia and Texas to suppress Democratic and black voters. Ultimately saying that we have to fight for the soul of our democracy.

“Protest is nice, but if you do not have the policy to go with it, what good is protest? Take a few issues and concentrate on them. Continue to do things outside of the campus,” Cummings told The Hilltop.

With a range of questions to close the lecture, the audience was reminded that Historically Black Colleges and Universities are on the pathway to the White House and to remain cognizant of and active in political affairs.