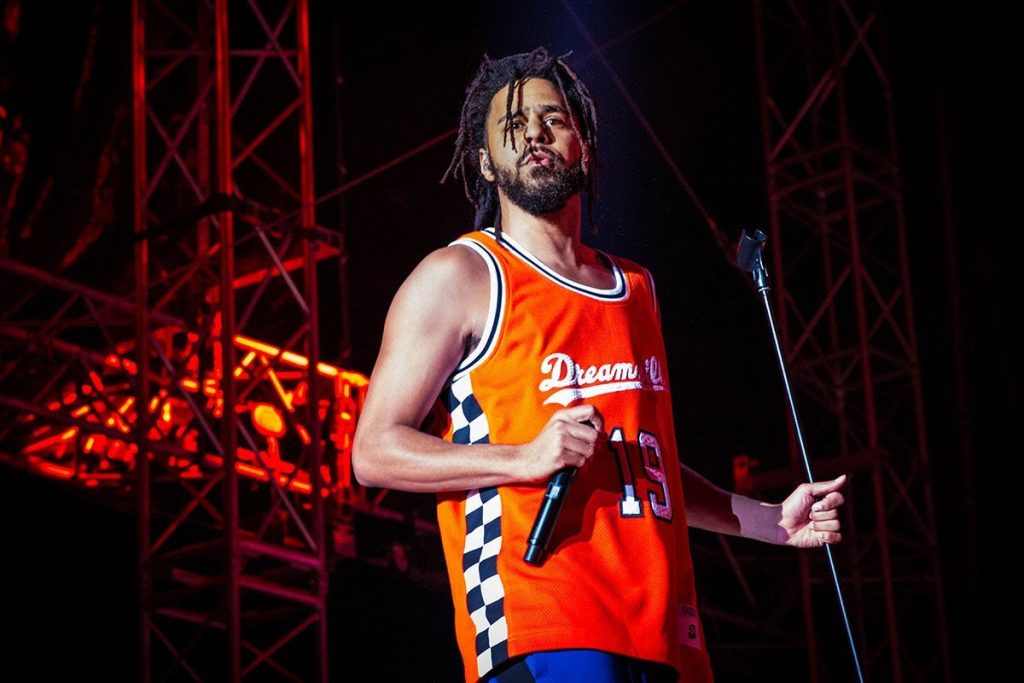 Dorothea Dix Park in Raleigh, NC welcomed 40,000 music lovers on Saturday, April 6 for the first ever Dreamville Festival. The sold-out festival, which was originally scheduled for September 2018 but postponed due to Hurricane Florence, featured J. Cole’s entire Dreamville record label as well as Rapsody, Teyana Taylor, Nelly, Big Sean, 21 Savage and SZA with Cole as the headliner.

Cole’s love for his hometown of Fayetteville and the state of North Carolina is a common theme throughout his music. The day-long festival was an ode to the state filled with moments of familiarity for North Carolinians such as myself, including being shuttled to the festival on school buses through the campus of local historically Black university Shaw University and the on-site food trucks serving Southern cuisine reminiscent of Raleigh’s downtown food truck rodeos.

“The festival offers an opportunity for J. Cole to give back to his home state that has helped shape the artist he has become with a one-of-a-kind celebration of local culture, food and art,” states the Dreamville Festival website.

While the Carolina theme was obviously prevalent, Cole fans from all over were able to appreciate the day which was three years in the making logistically, but seemingly a lifetime in the making for Cole.

“Dreamville Fest was so special to me as a fan, just witnessing Cole be able to bring his dreams to fruition, not only for himself but for his team and his community,” said junior psychology and math double major Stacia King. “Everything was so purposeful, from the shuttle bus routes to the Black food vendors. He’s really making his state proud.”

One of the highlights of the festival was the pause Cole took when he first came to the stage, seemingly in awe at the crowd of fans filling the 308 acre park in support of his dream, Dreamville. Other highlights included numerous dedications to the late Nipsey Hussle throughout the day as artists Teyana Taylor, Big Sean and Cole took time out of their sets to remember the rapper and activist as well as a surprise performance by Meek Mill.

“Dreamville Fest was crazy, man. The vibe, the people, everything. Every artist did their thing and the energy was incredible,” said junior marketing major Jalen Rose. “I’ve been listening to Cole for at least the past decade so to hear the songs live was definitely an experience to remember.”

The festival was also thought to be a success by city officials who considered Dreamville a chance to test Raleigh’s capacity for such a large-scale event.

“The city definitely had a great experience with Dreamville,” said Joseph Voska, program supervisor for Dix Park at a Monday afternoon press conference. “We wanted a test to see what this area of Raleigh, what Dix Park, with downtown Raleigh — how would it all come together? As future opportunities come up for the the city of Raleigh, how did we handle it? And what we’ve seen so far, we handled it pretty well.”

Following the festival the city cited no major medical or safety issues and traffic within their expectations, creating a promising outlook for Dreamville Festival 2020 as it was announced at the festival that this will become an annual event.

“If you didn’t go this year, make sure you go next year,” said senior legal communications major Brittany Read.