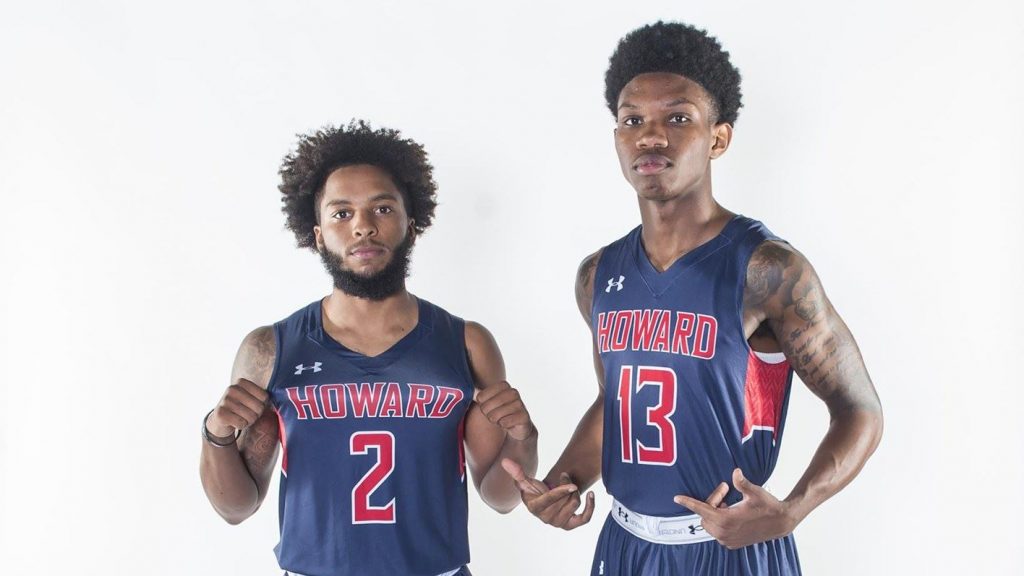 RJ Cole and CJ Williams have declared for the NBA draft. Photo by Frank Mitchell III

After two years on the hilltop, sophomore point guard RJ Cole has declared for the NBA Draft. He hasn’t signed with an agent, allowing him to maintain his collegiate eligibility for now.

Cole has been dreaming about being in the NBA since he was three, and is close to achieving that goal.

He’s waiting for his invite to the NBA Draft Combine, where he’ll have the chance to showcase the dominant talent he’s displayed at Howard the last two seasons.

“My decision to test the waters is simply following my dream. Since I was 3 years old, I’ve wanted to know what my name called on draft night would feel like,” he explained.

After taking the path less traveled by coming to The Mecca, Cole, who was recently named the MEAC Player of the Year and AP All-American Honorable Mention, recognized everything that Howard has done to help him pursue his dream the last two years.

“Howard has put me in the best position possible by just putting the basketball in my hands. I’d like to thank Coach Nickelberry for believing in my ability from the time he recruited me.”

In addition to Cole, fellow guard CJ Williams will also be declaring for the draft. The fact that the two teammates would be going through the draft process together wasn’t lost on Cole.

“Since my first year at Howard we created what some people would say, one of the best backcourts in the country. So to know that my teammate is going through the same process is a bonus and it reflects on the hard work that we put in to get to this point. I can’t wait to see what both of our futures hold,” Cole explained.

“That would mean a lot to me, just to know that I am a part of history,” he said.

Charles “CJ” Williams told The Hilltop in a February 2019 interview that in five years he saw himself either playing professional basketball overseas or playing with the National Basketball Association.

This dream may be closer than he predicted, as Williams announced April 9 that he would enter the 2019 NBA Draft, following his junior season on the Bison basketball team.

With only 17 players from the Mid-Eastern Atlantic Conference having played in the NBA since 1947, the University community is excited a Bison has the opportunity to take such a step.

Along with being able to play competitive games against high profile teams, Williams says, “having coaches that have prepared me these past three years and showing how professional players should carry themselves,” made him feel as though this was the right time to enter the draft.

Williams proved himself as a valuable standout player, averaging 17.9 points per game and playing 31.1 minutes per game.

“[Entering the draft will] test to see how well I stack up to other players at that level and to use that to prepare myself for a brighter future,” said Williams.

Entering the draft also means there is a chance Williams will leave Howard University.

“[I would miss ]physically being on campus everyday with my peers,” Williams said, “and playing in Burr and feeling the energy in the gym.”

Williams cites Howard University for equipping him with the tools to make these decisions.

“[Collegiate athletes should look for] The school that wants you and wants to help you grow as a player and a person, and people will find you regardless of what school you’re at,” Williams said.

Williams will remain NCAA eligible throughout the process.