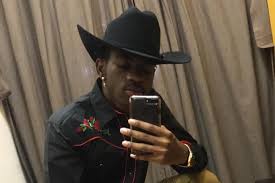 Are Black Artists Being Ousted from Country Music, A Genre They Helped Create?

Atlanta Rapper Lil Nas X rode his way onto the scene with the release of his debut single Old Town Road on Dec. 3, 2018. Gaining popularity through the social media app Tik Tok with the associated “#YeeYeeChallenge,” Old Town Road has become the centerpiece of a conversation over the boundaries of genre labeling. Beyond its acceptance on social media platforms, what gave Lil Nas X’s debut song its prominence is its peculiarity.

The juxtaposition of hip hop and country, pawns representing two cultures that couldn’t be more polarized, was almost comical to some. The image of a young Black man, whose stage name resembles that of the commonplace Gen Z soundcloud rapper, delivering lyrics encompassing themes of southern culture with the accent down pat forced listeners to double take. Is this a hip hop song or a country ballad? Should Lil Nas X be on the cover of XXL or live on CMT?

Though few and far between, there have been black country stars before, artists like Darius Rucker and Jimmie Allen have earned commercial success and acceptance in the country music community, Allen’s 2018 single Best Shot recently went RCA certified Gold. However their prosperity in this genre has been facilitated by the fact that their music aligns comfortably with what is perceived to be standard country music.

Old Town Road on the other hand breaks the mold with synths, high hats and 808s, bolstering its perception as a hip hop track and focusing it under the microscope for music listeners to evaluate. Billboard magazine had the final say in this debate as it removed the track from its Hot Country Songs chart last week where it reached as high as the nineteenth spot.

In a statement issued to Rolling Stone, Billboard proclaimed that “Upon further review, it was determined that ‘Old Town Road’ by Lil Nas X does not currently merit inclusion on Billboard‘s country charts. When determining genres, a few factors are examined, but first and foremost is musical composition. While ‘Old Town Road’ incorporates references to country and cowboy imagery, it does not embrace enough elements of today’s country music to chart in its current version.” (genius. com).

Billboard followed up in a separate statement sent to Genius media stating that “Billboard’s decision to take the song off of the country chart had absolutely nothing to do with the race of the artist.”

When asked about the possibility of race being a motive for the song’s removal Lil Nas X saw it as more of an issue of the ushering in of a new wave.

“I believe whenever you’re trying something new, it’s always going to get some kind of bad reception. For example, when rap started, or when rock and roll began,” he told Time.

However, it isn’t far fetched to believe that the propensity of the backlash Lil Nas X received was influenced by his race.

Assimilation has been a longstanding theme in the Black experience. This
idea that we are free to do and act as we please so long as we follow guidelines that force us to compromise who we really are is present almost everywhere in American culture. As previously mentioned, Black country artists such as Darius Rucker and Jimmie Allen have been allowed their success and Bill- board placements as their music solely embodies elements of country while Lil Nas X’s incorporates the sonic elements customary of hip hop.

Individuals from the country music community have responded to this with the articles such as “20 African American Artists Better For Country Than Lil Nas X” on the website Saving Country Music. In this article it is decreed that “Lil Nas X doesn’t just threaten the integrity of country music as a cultural institution, he specifically makes a mockery and downgrades the legacy of African Americans in the genre, who per capita, do more to preserve the roots and traditions of country music than Caucasian performers.”

Though admitting the origins of a genre widely claimed by white Americans, the message of this statement is clear: Black people can indeed make country music, so long as they follow guidelines forcing them to relinquish the Blackness in their craft and therefore assimilating to some degree.

Black artists who amass success while unapologetically maintaining their culture inevitably garner negative attention in the face of white America as well. When asked why he thought the white folk were staring at him, Jamiee Foxx’s character Django in the 2012 Quentin Tarantino film simply replies “They ain’t ever seen a n**** on a horse before.” This line is referenced in Chicago Rap- per Mick Jenkins’ 2013 track Martyrs where he asks “What? You ain’t never seen a n***** on a horse? / You ain’t seen Chief Keef’s new Porsche?” calmly illustrating that white America is just as shocked to see a Black man successful enough to afford a foreign car as they were to see him riding a horse. A similar line is found on Old Town Road where Lil Nas X raps Ridin’ on a horse, ha / You can whip your Porsche,” which can be interpreted as a rejection of the common markers that hip hop artists may use as a measure of success as he boldly giddy’s up on the path less traveled.

The controversy surrounding Lil Nas X and Old Town Road marks an exciting development in music itself. In the aforementioned interview with Time magazine, Lil Nas X asserted that his breakout hit was “country trap. It’s not one, it’s not the other. It’s both. It should be on both [charts].”

He later attributed Young Thug to be one of the pioneers of this budding genre, most likely referring to the “Yee Haw!”s which appear throughout his 2017 album Beautiful Thugger Girls.

From the acoustic strums in Lil Wayne’s This is Tha Carter or Nelly’s Ride Wit Me to Gunna and Lil Baby’s Sold Out Dates or Oh Okay, elements of country music have been present in Hip Hop for a long time now. Perhaps Old Town Road represents the arrival of the lovechild between these two divergent genres, and while Young Thug may have been one of the early visible pioneers in country trap, Lil Nas X has undoubtedly become his protege in this light.