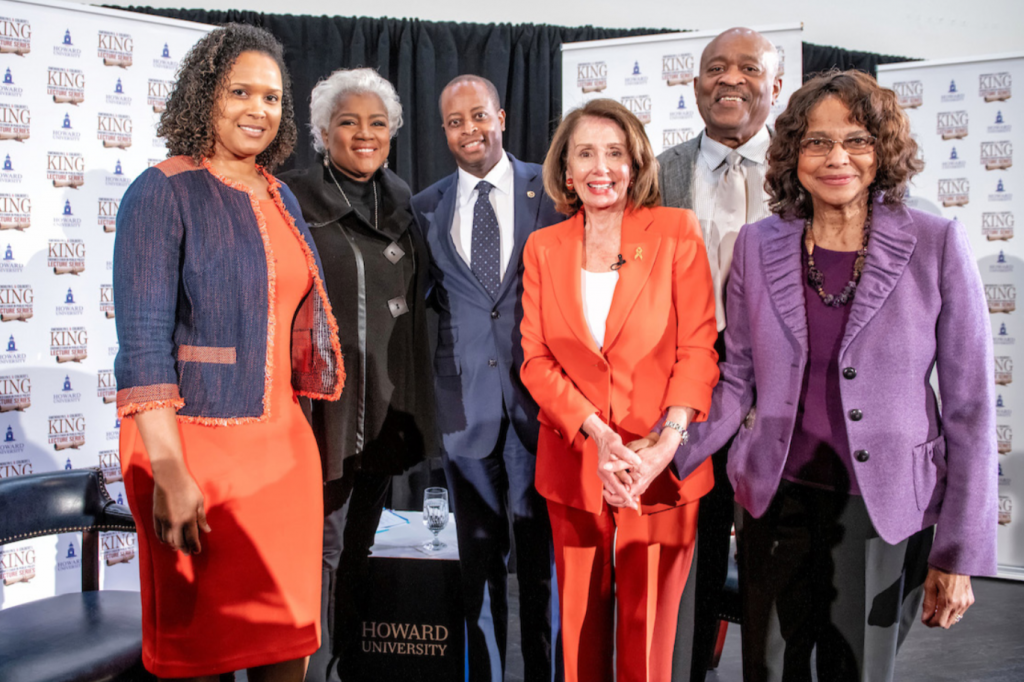 The event, which was planned in observation of Black History Month, was designed to
provide black students with the opportunity to hear about things that affected them from the leader of a major political party. Students did not miss out on this chance, as the auditorium was filled.

Prior to the event, Speaker Pelosi said in a press conference that students have the responsibility to “know their own power” and “be ready to participate if you feel motivated to do so.”

In the spirit of increasing student participation in public policy, Speaker Pelosi answered questions from Chairwoman Brazile and students.

Topics of concern raised by the students covered the relationship between privacy and technology, the Green New Deal, Venezuelan leadership and reparations to descendants of enslaved African Americans. Speaker Pelosi said she was “keeping an open mind” in terms of reparations, as it will potentially be a hot-topic in the upcoming Democratic primary. A large part of this effort, as she noted, will be education.

“We need to correct the record,” she said about misrepresenting the injustices of slavery.

A moment of tension arose when a student in the audience pointed out Speaker Pelosi’s expressions of frustration with income disparity when she “herself is in the one- percent.”

While grappling with the tough questions and critiques, Speaker Pelosi encouraged the audience to continue involvement through enthusiasm and advocacy.

“We can do so much in terms of manuevering in Congress, but without outside influence [from young people], we cannot have the success that we need to have,” said Speaker Pelosi.