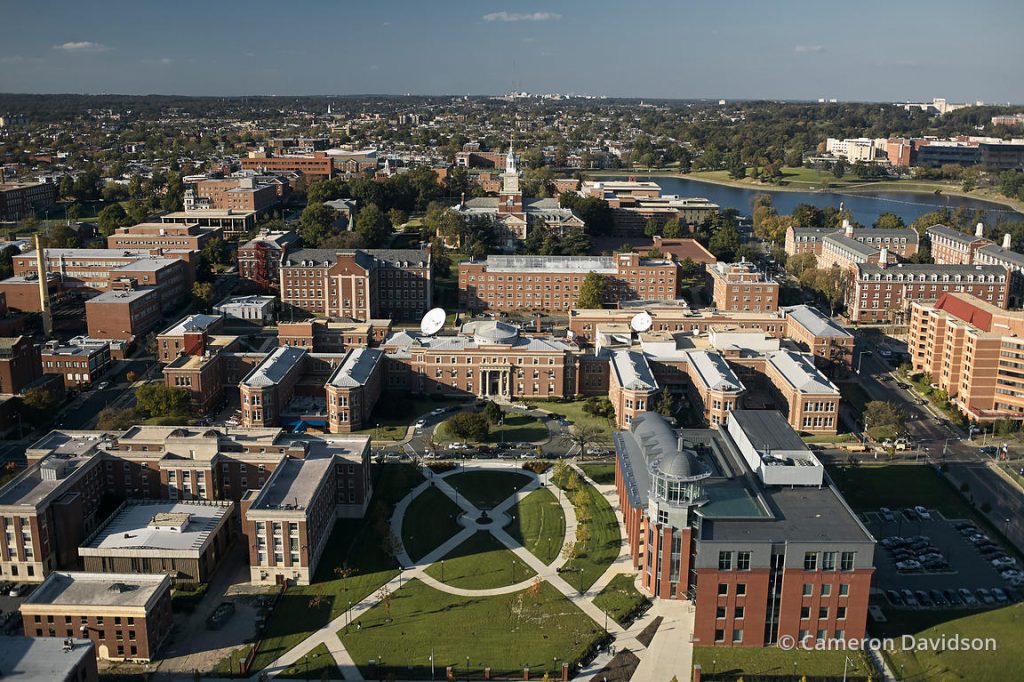 A disruption of classes on Howard University’s main campus sparked conversation about the current conditions of facilities.

Many students noticed a peculiar rotten smell around campus on the afternoon of Wednesday, Nov. 28. The stench, which was originally thought by many to have come from a gas leak in the School of Communications, came from sulfuric dioxide stink bombs activated throughout campus according to a statement from the Howard University Department of Public Safety.

Students and faculty evacuated the School of Communications around 2:30 p.m. to avoid the assumed gas leak.

Other students also experienced interruptions during this final week of class, which is typically characterized with high stakes assignments.

“I was about to give a presentation when an administrator came in and told us to evacuate because there was a gas leak,” said Reginald Ogbonna II, junior organizational communications major.

After the evacuation, many students lingered outside the building unsure of what to do next as the incident interrupted their tests and presentations. One such student is sophomore broadcast journalism major Savanna Samuels.

“I was almost done with my exam and boom, here comes my teacher saying ‘Put your papers away. We have to evacuate.’ […] This is madness. Howard is in shambles,” said Samuels.

Cathy Hughes School of Communications Dean Gracie Lawson-Borders and other faculty members remained inside the building during the confusion to try to find answers.

Less than an hour earlier, the same situation was unfolding in the biology and chemistry buildings. Whitney Erby, a senior sports medicine major, described a “burning smell,” before she left her classroom.

“We weren’t told anything,” she said. “We didn’t wait around for them to tell us. We smelled gas so we left. As we were leaving, we noticed at least three other teachers stepping outside to investigate the smell as well.”

The stink bomb activation was addressed by the Department of Public Safety (DPS), and is being investigated in conjunction with the Fire Marshalls.  A statement from DPS was released informing the community that the perpetrator(s) would be prosecuted. The department requested that anyone with information on the incident reach out.

Other students took to Twitter with sentiments similar to Samuels’ as this perceived gas leak was thought to be another addition to a list of issues in campus buildings.

Among the list of incidents and facilities-related distractions at Howard were power outages throughout the campus and a fire in the Fine Arts building.

“‘Stink bomb’ incidents are not maintenance issues. These are cruel pranks that disrupt our learning environment and have no place in our community. The University completely opposes these actions,” said Tashni-Ann Dubroy, Ph.D., Executive Vice President and Chief Operating Officer.

Monday, Nov. 26, power outages affected five buildings on Howard’s main campus. Physical Facilities Management sent out an email attributing the power outages to “a transformer explosion at Founders Library, which also triggered the main busbars to explode.” The library remained out of service on Tuesday.

“Our most significant infrastructural risks are documented, and are already being mitigated. They include the steam plant, HVAC, electrical panels and switch gears, life safety systems and roofing,” said Dubroy. “Plans to address the University’s most vulnerable facilities maintenance issues are in place, and due to various constraints, must be phased.”

Students have also complained about flooding in the physics building and ongoing repairs in Douglass Hall which began nearly year ago at the beginning of the Spring 2018 semester.

Facilities maintenance or renovations projects are complicated by the fact that most buildings on the main campus are populated year round.

“Our Physical Facilities Management team takes a proactive approach to strategizing and addressing infrastructural risks on campus. Many of the facilities issues we face are indicative of an aging campus,” Dubroy explained. “These issues are being abated through renovations and much-needed upgrades, however the costs associated with overhauling the 151 year-old campus is immense. Unfortunately, the concerns can’t all be addressed at once, but student maintenance-related concerns that affect academics and the quality of life are not overlooked, and are prioritized. Evidence of this can be found in the renovation of our residence hall facilities, the most recent of which is the renovation of the Tubman Quad.”

Other projects address different campus-wide facilities concerns. The University has partnered with ENGIE North America to modernize the aged steam plant that caused a University crisis earlier this year. HVAC upgrades have been installed throughout campus and other residence hall renovation efforts have began.

“We can’t overlook the renovations that have already been completed. To name a few, both the Bethune Annex and Blackburn cafeterias have been renovated. By our next academic year, 85% of residence halls will be within 5 years of their most recent overhaul. Restorative projects have been completed in Numa Adams, and will be completed at Miner and Douglass Halls, and the Undergraduate Library in the short term,” said Dubroy.

The University has established prioritization criteria for new building construction/major renovation. These criteria include: