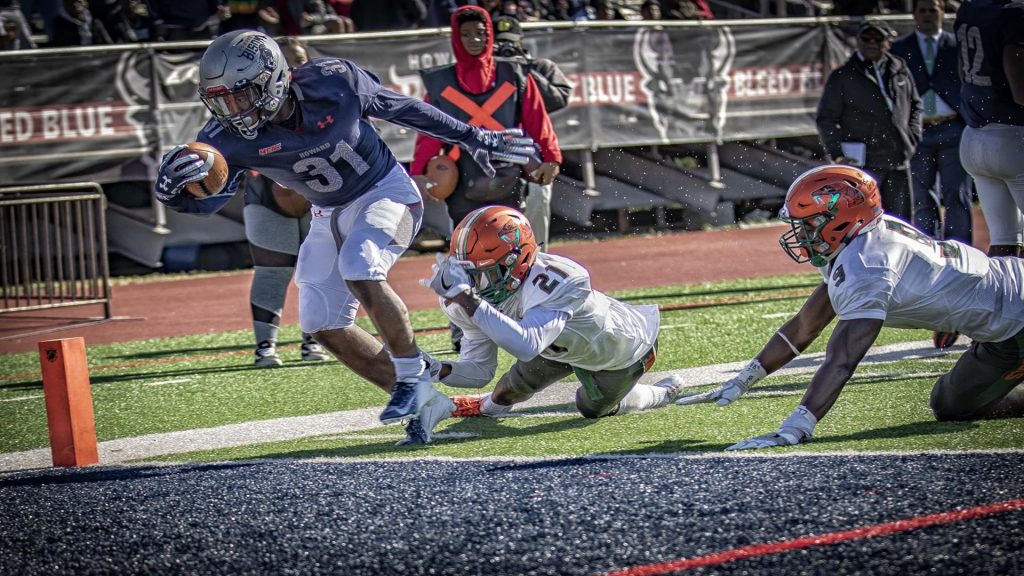 The Bison racked up 420 yards offensively and managed to keep the Florida Gators to just six points after intermission.

Dedrick Parson led the Bison offensively with a game-high 149 yards and a touchdown.

FAMU started off with the lead but the Bison quickly retaliated with two touchdown passes from QB Caylin Newton and an 11-yard TD run by Parson put the Bison up 21-10.

The FAMU Gators fired back right before halftime trimming the margin, 21-17, but they couldn’t hold backache Bison who charged back with a 1-yard QB sneak over the top from Newton extending the lead to the double digits once again, 28-17.

FAMU came back with a TD Pass bringing the margin to one possession, 28-23.

Freshman kicker Faraji Joseph brought the Bison up some more with a 24 yard kick, 31-13.

Sophomore, Safety Tye Freeland led the defense with nine tackles, a forced fumble and an interception, this was a game changing interception that put an end to a potential FAMU scoring drive as it occurred at the six-yard line.

Freeland was named the MEAC Co-Defensive Player of the Week.

Junior wide receiver, Kyle Anthony scored a touchdown helping to further the deficit for the Bison.

Jequez Ezzard, who had limited playing time last week due to an injury, also scored a touchdown.

The Bison will take on Norfolk State University next Saturday, Nov. 10 at 1 p.m. at Norfolk University for their final road game of the season.