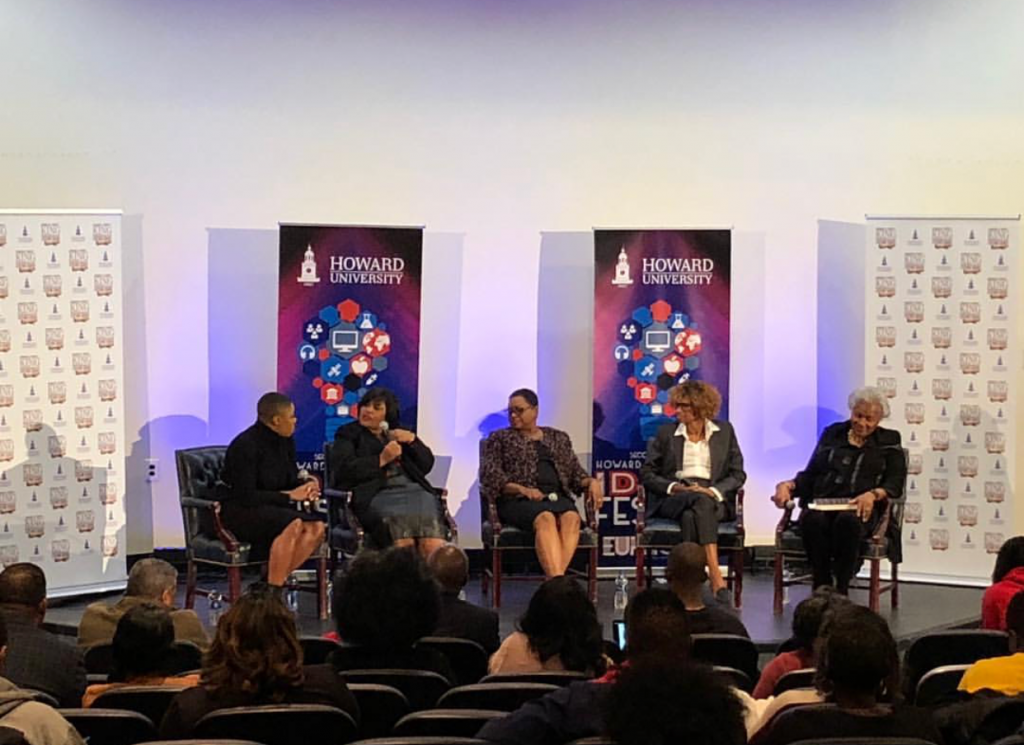 “We helped build the table,” began outspoken CNN Political Commentator Symone Sanders, “we did not need a seat at the table.”

On Oct. 26, 2018, Sanders moderated a book discussion at the Howard University School of Business Auditorium. “For Colored Girls Who Have Considered Politics” is a novel recently published by King Lecturer Donna Brazile and fellow black female political leaders Yolanda Caraway, Leah Daughtry and Minyon Moore. The novel tells the story of how the “Colored Girls,’” as they call themselves, political endeavors started.

“We represent a generation of strong black women who dare to make the difference,” Brazile said about the book.

Additionally, Sanders touched on friendship behind the book, calling it “a story about all we got.” Women such as Brazile and Sanders, are political makers in today’s society. Brazile, who serves as a mentor to Sanders and other well known CNN Political Commentator Angela Rye, expressed the importance of telling the black experience to youth.

“If we do not tell our stories, people will not know our history. We had to choose stories that have a beginning and an end,” said Brazille.

She added, “Our narrative has gotten lost and they often want to portray us as victims but we are trailblazers.”

The “Colored Girls” concluded with words of advice for young brown and black youth interested in politics.

“You have to take the steps,” Daughtry advised, “Overnight wonders are a myth.”

Immediately following the novel discussion, current Howard University Student Association President and Vice President Amos Jackson III and Mara Peoples gave the opening for the State of University Address. Jackson and Peoples extended a warm thank you to President Frederick for his continued support in aiding their platform.

Afterward, President Frederick welcomed the current students and alumni of Howard University and faculty as well. The State of University Address emphasized the importance of knowing our history. Mordecai Wyatt Johnson, the first Black president of Howard University in 1926,  was pivotal in the development of modern-day Howard.

“He insisted with the then Board of Trustees, that the deans of each college be Black,” Frederick said about Johnson.

Currently, Howard University has 14 colleges. On Oct. 25, 2018, the Board of Trustees approved the bringing back of the College of Fine Arts.

“My vision is to position the University to deliver on its mission of truth and service,” President Frederick said. “We have to educate our students and find faculty who have a commitment to excellence and the truth.”

The President also highlighted other accomplishments that have come to the University this year. Recently Yolanda Pierce was appointed as the first woman dean of the School of Divinity. Additionally, this year alone, Howard University has 4 finalists for the prestigious Rhodes scholarship.