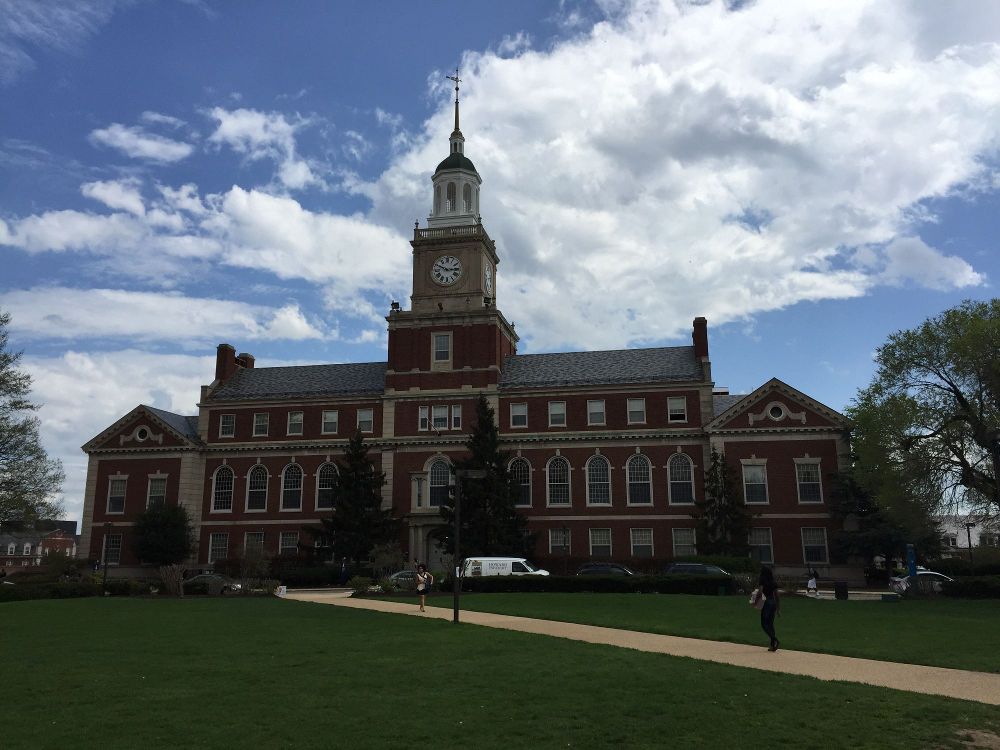 I could feel my heartbeat amplified through my chest. I took several deep breaths before I managed to walk out the door. I looked in the mirror one final time to convince myself that I was confident and I’d succeed no matter the outcome. With that thought, I walked out of my dorm and made my way to Blackburn. About an hour later, I was exhausted and teary-eyed from the sheer disappointment I never expected. I walked around for an hour and barely found any companies that weren’t business oriented and only one that accepted international applicants. This is what happens when you walk into Howard’s Career Fair as a naive international freshman.

“Must be US citizen or Permanent resident,” is the sentence that entraps Howard’s international population on a daily basis. Despite working hard to earn the opportunity to study abroad and experience the perks that come with it, the international student body can often feel isolated from their American counterparts when it comes to obtaining opportunities outside the classroom, including internships and research programs.

Around campus, across various schools you will often find flyers and announcements of career and research opportunities. Various companies are actively on the campus throughout the year conducting workshops and even interviews for new recruits. For an international student attending these events, it’s likely to be met with responses such as “We don’t hire international students,” despite being expected to earn outside resume building activities just as their American counterparts.

“As a civil engineering major, you’re already at a disadvantage [at campus career fairs] because out of the 130-140 companies that are at the fairs, probably only 4 are construction companies. And of the 4, only 2 take international companies” said sophomore civil engineering major, Jhanelle Davey. “In my freshman year, I was making conversation with employers and it was at the end when they looked at my resume and saw that I’m Jamaican, they told me that they don’t hire international students. I’ve learned that you always ask first.”

Davey was fortunate enough to still receive an internship from one of the largest engineering companies in the world this past summer.

International work restrictions are nothing new since there were always restrictions to the places at which international students could work. But can we really be expected to succeed at the level we ought to given the unbalanced scale of opportunities that are provided for us at on campus? There are surely a number of companies that are welcoming to international people, but why is their presence severely lacking on Howard’s campus?

Jozanne Douglas, the Associate Director of Employment, who is originally from Trinidad and Tobago says she always ensures to ask these companies if they accept international students once they reach out to Howard’s Career Services administration. While the response is no for the most part, she advises students to still attend the information sessions and seminars since some companies are willing to make an exception given that they see an exceptional candidate.

Stepping outside of Howard, whether that be at conferences or by reaching out to other companies that aren’t on campus, can also be helpful. Learn to research efficiently by using Google to your advantage. Search for companies that will accept international applicants and email their human resources department about possible open internship positions. Attach your resume even if you’re unsure, the worst they can do is say no.

Aim for companies and organizations that are privately funded because they have more freedom in regards to who they can hire. Also be sure to check with organizations like International Pals and the Caribbean Student Association for opportunities.

One Howard student, Johan Greene, a junior civil engineering major from Trinidad and Tobago, is fiding his own way to combat this issue. Greene is in the process of creating Cariverse.com: a website that will provide a collection of useful resources for organizations and companies of varying disciplines that are welcoming to international students.

The reality is that international students will mostly have to search for their own opportunities; I wish I could say otherwise. To my fellow international students who are frustrated from this tiring search, anything worth accomplishing will never be easy to obtain. If you don’t have people skills, work on them because for us, networking is key. So keep knocking, keep asking and keep reaching out to others including your professors and upperclassmen. And most importantly, keep believing in yourself.