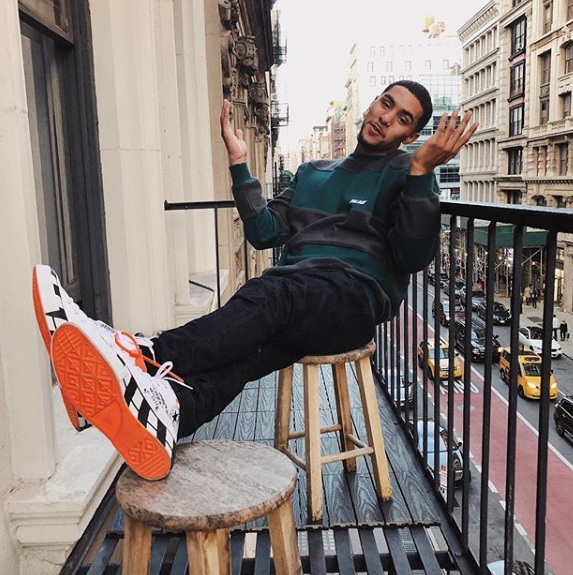 Last week, Twitter saw the swift demise of the once beloved Brother Nature due to the surfacing of old tweets. Most of the tweets are from 2012 and in them Brother Nature spewed anti-Semitic insults and racist remarks about Jay-Z looking like a monkey.

Prior to that, last month, some up and coming female rappers found themselves in an all too familiar, but nonetheless dangerous situation. Doja Cat and City Girls, like others opinionated Twitter users before them, had their old tweets screenshotted and returned to the timeline after years. And the fans were not happy.

Doja Cat, for example, had made numerous tweets that included homophobic slurs. Yung Miami of the City Girls expressed hateful sentiments towards Blue Ivy Carter and Haitians, as well as homophobia in several old tweets.

Other artists like Travis Scott have also been called out recently for old tweets, as have Nicki Minaj and Kanye West been called out for recent ones. And with every problematic tweet comes the seemingly inevitable at this point: the artist in question is canceled. But what does being canceled mean? Who do we really cancel? What’s worth being canceled over? And who gains from cancel culture?

For up and coming artists, offending their fanbase deeply enough can be a one-way ticket back to obscurity. City Girls hail from Miami, so tweets targeting Haitians are ostracizing to those who have supported them from the very beginning. And tweeting anything negative involving Beyoncè always has consequences. It’s also important to remember that many female rappers often have a significant number of fans in the LGBTQ+ community, so homophobic tweets, especially those that, like Doja Cat’s, are followed by an apology deemed  insincere by the public or no apology at all can be bad for business.

Despite all the PR, or lack thereof, with relatively unknown artists, only time can truly tell the effects these incidents have on their careers. Cardi B was also confronted by fans for homophobic, transphobic and colorist remarks. These complaints came throughout the course of her career as an Instagram personality, reality star and eventually rapper. In fact, she was even targeted by critics after her then-fiance, Offset, released a song with homophobic slurs and sentiments. However, she has continued to thrivie, much to the dismay of those who feel her responses to the criticism have been inadequate.

Similarly for other, more well-established artists, calls for cancelation seems to have little to no effect outside of social media. Kanye West released his eight number one album on the Billboard charts after ranting about slavery being a choice and announcing himself as a Trump supporter in June, with no apology for any of his bizzare beahvior until recently when he did apologize for saying that the thirteenth amedment should be abolished and clarified that he meant that is should beamended.

Travis Scott also achieved commercial and critical success with his album ‘ASTROWORLD’ after videos of him saying homophobic slurs at a concert resurfaced. He did apologize for these comments, but the response to his apology were mixed. Nicki Minaj also debuted a number two album, ‘Queen’ (second to Scott’s’ASTROWORLD’), after a prolonged percieved public meltdown that included making comments shaming sex workers, contridicting her sex-positive stances of the past and engaging in a very public beef with Cardi B. Again, with no apology.

And of course, there is also R. Kelly, Chris Brown, Dr. Dre, Eminem, Nas and XXXTentacion (just to name a few) who have documented histories of abusing women, yet still maintain devoted fanbases.

Regardless of whether or not it produces a significant financial effect, cancel culture, especially when combined with social media, seems to leave little room for growth or reconciliation. Resurfacing tweets from two years ago or longer and demanding answers or altogether canceling someone within minutes can be tricky. Where do we draw the line between one hateful comment and a hateful person, especially when we don’t really know the person? Even if we don’t require artists to be role models, do we at least require them to be good people? How does someone show they have changed without it looking like desperate damage control?

Our favorite music artists are people we cherish, sometimes as much as we may cherish our friends and family. In one way or another, they have impacted our lives. That being said, the relationship is still one-sided. If you want to cut them off, feel completely entitled to do that. If you don’t care, do that too. Just be mindful of how much you let slide and from whom.