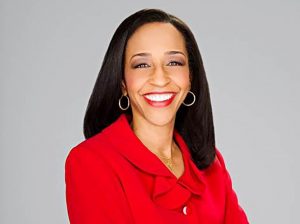 Howard University alumna, Lori George Billingsley, has been named the new Chief Diversity and Inclusion Officer at The Coca-Cola Company. Billingsley assumed this new role on Monday, Oct. 1 after just six months of serving as Vice President of Community and Stakeholder Relations, a position she began in March.

Since joining the company in 2002, Billingsley has held various community, communication and shareowner affairs roles within both the corporate and Coca-Cola North America public affairs and communications function.

Her most recent role of Vice President of Community and Stakeholder Relations for CCNA included leading community giving and engagement, stakeholder relations and issues management, employee volunteerism, community board placements, disaster relief and CCNA’s 5by20 women’s initiative. She also serves on the company’s Multicultural Leadership Committee.

She also founded a consultancy, LG Communications and held the position of Senior Public Affairs Specialist6 for the Office of Human Rights and Minority Business.

In addition to her new role as chief diversity and inclusion officer, Billingsley serves on the board of directors of The Congressional Black Caucus Foundation Inc., Women’s Business Enterprise National Council, ColorComm, NAACP Foundation and Arete-Executive Women of Influence.