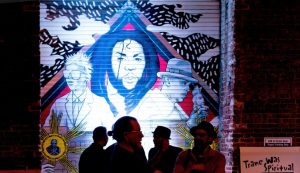 On Sept. 29th D.C.’s free overnight art festival “Art All Night,” presented by Mayor Muriel Bowser, took the streets of the District by storm. From painters and sculptures to interpretive dancers, artists took to the streets to show off their talents and encourage creativity within their communities.

The citywide art festival is the brainchild of elected official, Alexander Padro, who was inspired to create the festival after experiencing Paris’ Nuit Blanche. While Art All Night does mimic Nuit Blanche in many aspects, the diversity of this art festival is unmatched. Black creatives of a multitude of mediums could be seen and heard throughout the city’s streets. 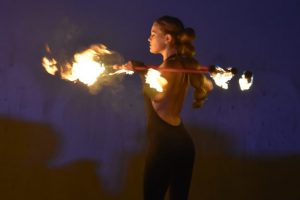 The annual festival was introduced in 2011 and originally only took place on Shaw Main Street. The vibrant celebration of the arts has now takes place in eight D.C. neighborhoods, including Shaw-Howard, and attracts tens of thousands of people each year to experience the creative contributions of D.C. community members.

The interactivity of the festival is one of the key elements that draws people in. 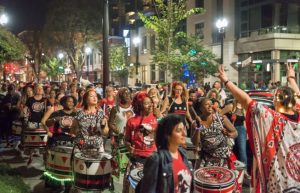 “It was so exciting to be able to feel like a real part of it all” said Natalyah Davis, sophomore philosophy major. “They had areas where you were allowed to paint on the walls yourself. It was graffitti without the risk. It was genuinely beautiful and brought Black art to the forefront really well. It’s something I wish I could have seen as a little kid. All of the lights just bring it to life.”

Art All Night’s interactive installations offers a refreshing take on displaying artistry for both artists and art enthusiasts.